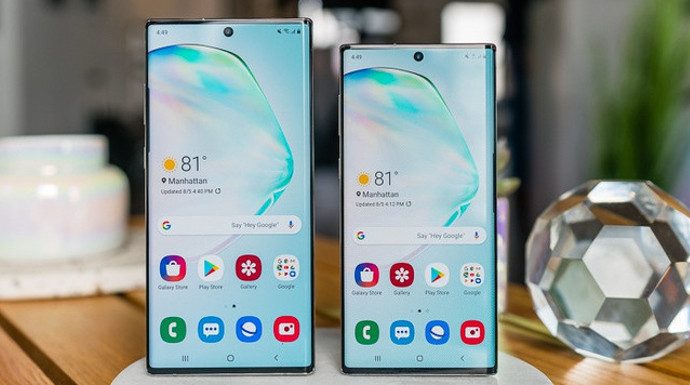 Samsung has officially unveiled the Galaxy Note 10 and also, the more capable variant, the Galaxy Note 10+ at Samsung Unpacked event on Wednesday. Samsung’s goal is to maintain its current base of Note customers who seek to replace their older models with brand new Galaxy Note 10. The basic Note 10 model starts at $949 and the Note 10+ is somewhat more expensive, at $1,099. If you are still using Galaxy Note 8 or an older Note model, here are reasons what you should upgrade to Note 10 or Note 10+:

S Pen has always been the major feature of a Note model. The S Pen of Note 10 offers all the capabilities of S Pen for Note 9. However, there’s now a function known as Air Actions. Users can move the S Pen in the air using special gestures to perform tasks like zooming or switching between camera modes. It’s possible to do other tasks, such as signing for a delivery or using a ticket. Future software updates will allow integration with Microsoft PowerPoint to control slides with Air Actions during a presentation.

Notes is the primary app for writing something using the S Pen. There are new features offered by the new update, including export from Notes to various file formats, change colour after entering text, change handwriting to normal digital text and pinch to zoom.

With Note 9, users can use Samsung DeX and HDMI cable to mirror the Note 9 to an external device. However, USB cable is still a more common and cheaper solution. The Note 10 allows users to connect directly with its existing USB port. After connected, users can drag and drop files between Note 10 and a Mac or a Windows PC. Samsung DeX supports MacOS, Windows 7 and Windows 10.

The Note 10 has a triple-lens camera and the Note 10+ adds the VGA Depth Vision camera. The previous Note 9 doesn’t have 16Mp ultra-wide lens, currently included in the triple-lens arrangement of Note 10 and Note 10+. There are other new features as well. With Super Steady, videos are less shaky and Live Focus Video allows users to adjust focus manually during video recording. Zoom-in Mic helps to minimize background noise and amplify the primary audio input. It’s also possible to use S Pen to edit videos on the smartphone. The built-in AR (augmented reality) feature can produce movable 3D rendering using dynamic drawings, animations, and effects.

Hacking and cybercrimes are growing at an alarming rate. This is especially relevant to personal computers as well as laptops. It is possible to...
Read more
Android

Did you just migrate from Android to iPhone and forgot to cancel the subscriptions on some paid apps on your previous device? When you migrate...
Read more
Mobile

In today's world technology has been imposed in all areas of the development of the life of the inhabitants of this planet, to the...
Read more
App

Has an odd number ever called you? There is a big problem with phone scams. The rising robocalling and spoofing technology has made scams...
Read more
Security

What Lawyers Must Know Before Embracing Digital Forensics

Criminals are smarter than ever, and lawyers need to embrace innovation to keep pace with them. A law degree from a top school and...
Read more
Buying Guide

Tips To Choosing Headphones For Working Out – A Guide

We have compiled the seven tips for choosing headphones for working out. You can enhance your performance while doing a workout with the right...
Read more