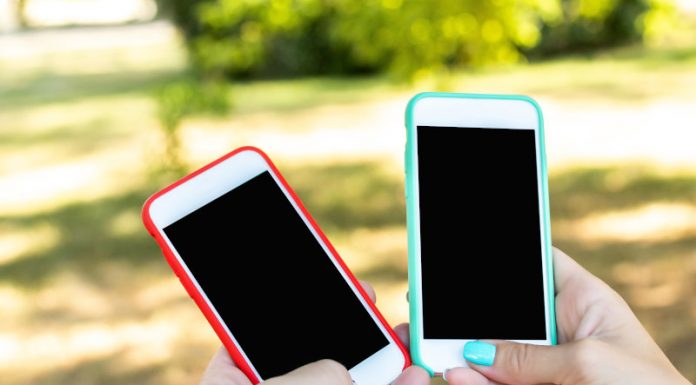 There are lots of ways to transfer large files. If you want to transfer a large file — such as a movie — from an Android device to another one, you can try using Files by Google.

How to use Files by Google to transfer files

First and foremost, you definitely need to install the Files by Google app on your devices first. You can get it on Google Play.

Launch the Files by Google app on the device you want to transfer the files from. Tap the Share menu followed by the Send button.

On the first use, Files by Google will ask for permissions. Tap Allow to continue and follow the on-screen instructions.

Launch the Files by Google app on the device you want to transfer the files to. Tap the Share menu followed by the Receive button.

On the first use, Files by Google will ask for permissions. Tap Allow to continue and follow the on-screen instructions.

Return to the sender device. You should now see the recipient device on the nearby devices list. Select the device you want to transfer the files to from the list.

On the sender device, select the files you want to transfer and tap the Send button.

Android games downloaded directly from original sources require authentication. You need to review the whole downloading process before you install it. Apart from that,...
Read more
App

6 Best Application for Fishing for Android (or Apple)

Every fisherman has his own spots, techniques, and reasons for fishing, on the other hand, there is also a universal appeal to fishing. Long...
Read more
Android

Best Apps to Work with Documents for Android

Technology has truly revolutionized the way we go about our lives, how we learn and how we work. The office life is no exception...
Read more
Android

Do you use WhatsApp? If yes, we are pretty sure that you have several groups on your WhatsApp. A WhatsApp group is great to...
Read more
App

The development of smartphone technology -- Android-based in particular -- is really crazy in the last few years. It's a common thing to see...
Read more
Office

Microsoft Outlook, just like other email client apps, has a feature that allows you to attach a file on an email. You can use...
Read more