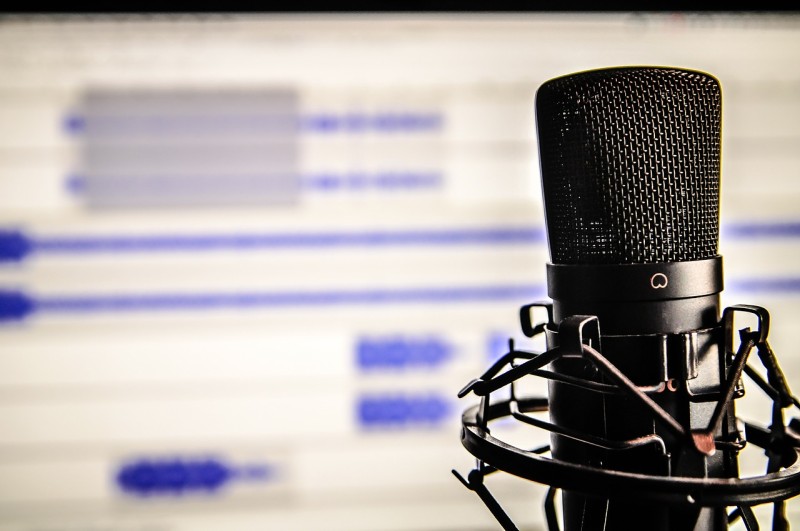 Everyone wants the best results for anything they make. Including when they are recording a sound. Since the invention of smartphone you don’t need to carry a Walkman with an empty cassette anymore every time you need to record a sound. Just launch a recorder app on your smartphone and everything is done.

In Android, there are a number of audio recorder apps which you can use to record any sound, for any purpose.

Just like other kind of apps, there are two versions of audio recorder apps you can find in the Play Store, paid and free. This article will be showing you the best free ones.

There are some parameters an app decent to be called the best. But, when it comes to audio recorder app, the quality of the resulted sounds should the most considered aspect. Plus, the app should also easy to use. 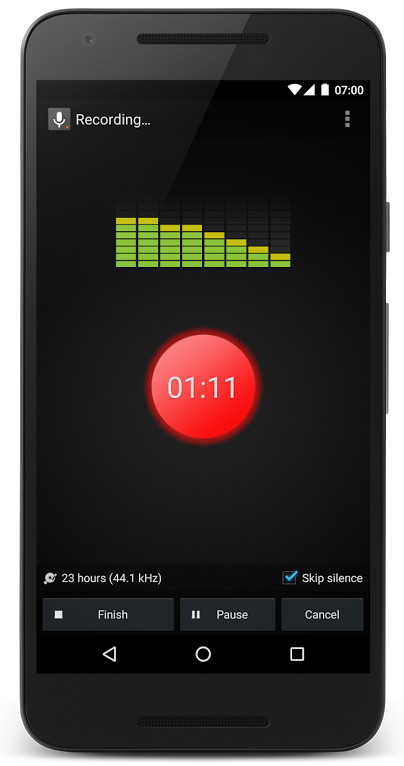 If you are looking for a popular audio recorder app for Android (please note, popular doesn’t mean the best) then Smart Voice Recorder is probably the proper choice. This app has been installed more than 10 million times, indicating that this app is indeed popular enough in the Android users scope. The developer of this app, SmartMob, said that this app has been designed for high quality long-time sound recording with skipping relative silence on-the-fly.

You can use this app for recording any sound starting from interview, business meetings or even a silly sound of snoring. The resulted sound quality of Smart Voice Recorder is good enough. 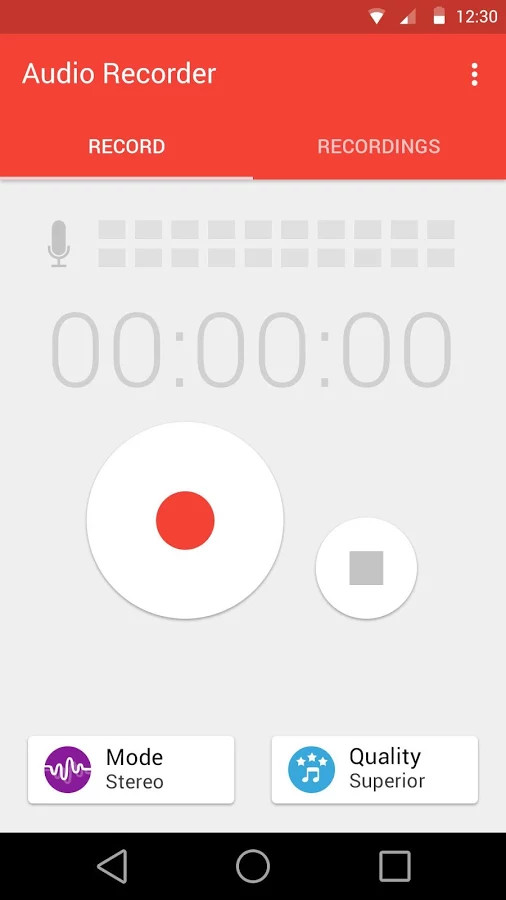 Just like the name suggests, this app has a specific purpose to help you record any sound using your Android device. Audio Recorder — which is developed by Sony Mobile Communications —  was originally designed to works on Sony’s smartphone line, Xperia. But, it has also been released for general Android users so non-Xperia users can also use this app too. But, your device have to run Android 4.1 or higher to use this app.

Audio Recorder is also a popular app with more than 5 million installations. The sound quality resulted by this app is also good enough. Plus, its interface looks pretty sleek and extremely easy to use. 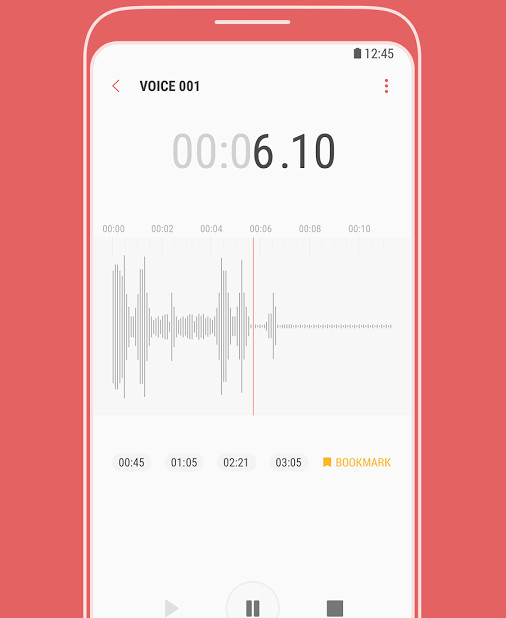 Samsung user? If so, you need to give this app a try. Just like its name, Samsung Voice Recorder is developed by Samsung Electronics, a company behind the most popular Android device, Samsung. Even so, other brands’s users can also use this tool to record sounds with Android. Even though it’s intended to works on Samsung devices, this app unable to run on a number of Samsung devices, including Galaxy S5 and Note4. It also doesn’t work on Android M (or probably not yet).

With more than 100 million installations Samsung Voice Recorder is probably the most popular free voice recorder app in Android. The sound quality and clean interface are probably two major aspects that make this app become so popular. Plus, you can also share your recorded sounds directly to your friends via OneDrive, WhatsApp, email and lots more.

In Play Store you will find many apps with the name of Voice Recorder. But, one that made by Green Apple Studio is the best. This app comes with a simple interface that is really easy to use but resulted sounds are good enough. This app is great choice if you are looking to install an audio app on your old Android device since it can run on Android 2.3 a.k.a Gingerbread. This app has been installed over 10 times. 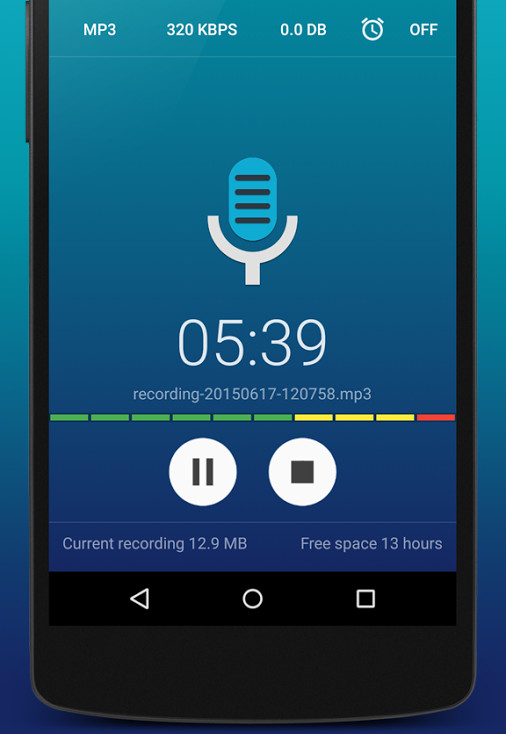 Just like other recorder apps in this list, Hi-Q MP3 Voice Recorder is also free to use but premium version is also available if you need something more. Generally, this app has similar features to other recorder apps mentioned earlier above, which allows you record audio in the MP3 format. One of the cool features of Hi-Q MP3 Voice Recorder is the ability to share recordings to your PC wirelessly with the built-in Wi-Fi Transfer. You can also upload your recordings automatically to your Dropbox account. 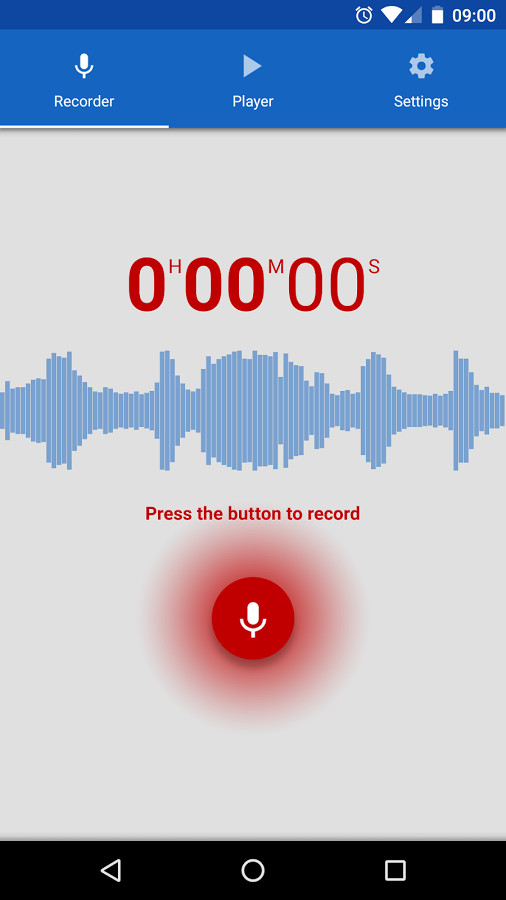 The world today is no longer as it was five years back. There is rapid progress like work. Specifically, the pandemic sped up our...
Read more
Hardware

4 Microphone Tips to Enhance the Audio Quality of Your Video

Filmmakers, Podcasters, YouTubers, and many other professionals who are dependent on voice quality and whose business depends on it, must focus on the quality...
Read more