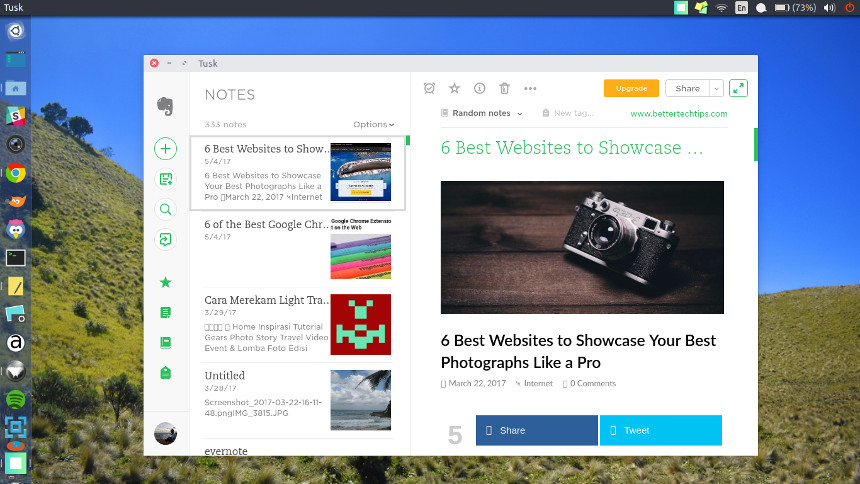 Since the emergence of Evernote, the number of similar apps is getting massive. From Google Keep to Dropbox Paper. However, Evernote remains popular because it is very feature-rich and released as a cross-platform app so that more people can use it. Well, not fully cross-platform since there is no Linux app available by far.

Evernote users who use Linux on their daily basis commonly rely on Evernote web-client if they have to taking notes with Evernote. However, some people feel more comfortable of using desktop-based instead of web. Despite Evernote hasn’t provided an official Linux app, Linux users can take advantage of unofficial desktop apps developed by third parties.

Here are several Evernote desktop apps you can run on Linux. 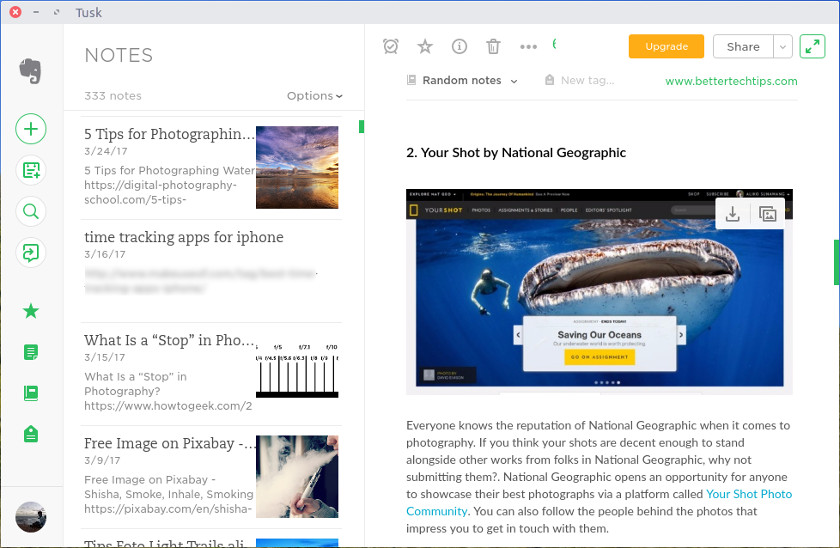 Tusk is probably the best Evernote desktop app for Linux. The interface of this app is extremely similar to the Evernote web-client, but it comes with more features. You can do everything you usually do with Evernote web-client like taking notes, setting reminders, organizing your notes and so on. Additionally, there are much more things you can do with Tusk. For instance, this app allows you to turn to a focus mode by getting rid the side panel. There is also an option to turn the full screen mode on. If you get bored with the default white interface of Evernote, you can also change the app skin to dark, sepia or black. Tusk also features a number of useful shortcuts.

Tusk itself is a cross-platform app. In addition to Linux, Tusk is also available for Windows and macOS. Tusk is released as an open source app, under the MIT license. This app is built using the Electron framework. 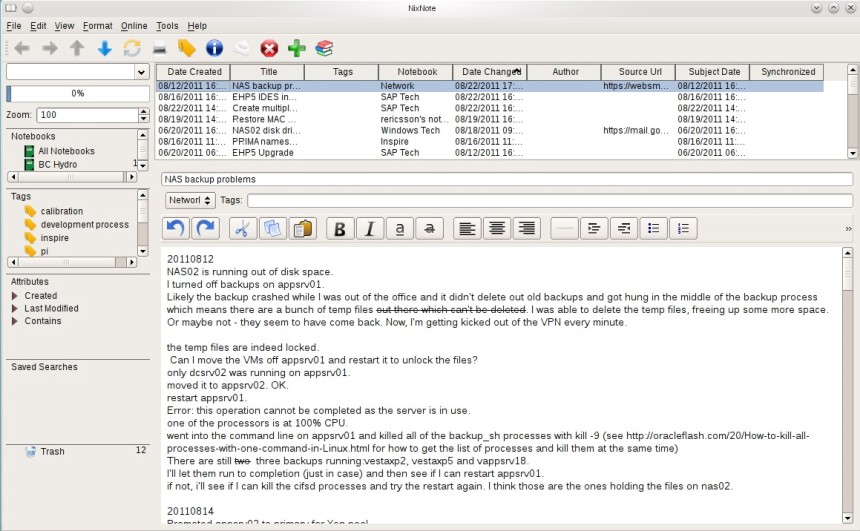 Unlike Tusk which was designed specifically as an Evernote desktop app, NixNote is a regular note-taking app. But, it has a functionality to enable you syncing your Evernote notes so you can access your Evernote notes with this app as well as creating new notes. This app will also take your Evernote Notebooks and Tags.

The interface of this app is far different to Evernote, but the offered main features are not too different. You can also add some formatting to the notes you are taking. You can also change the skin of the app if you get bored with the default one. Same as Tusk, NixNote is also an open source app. NixNote is released under the GNU General Public License. 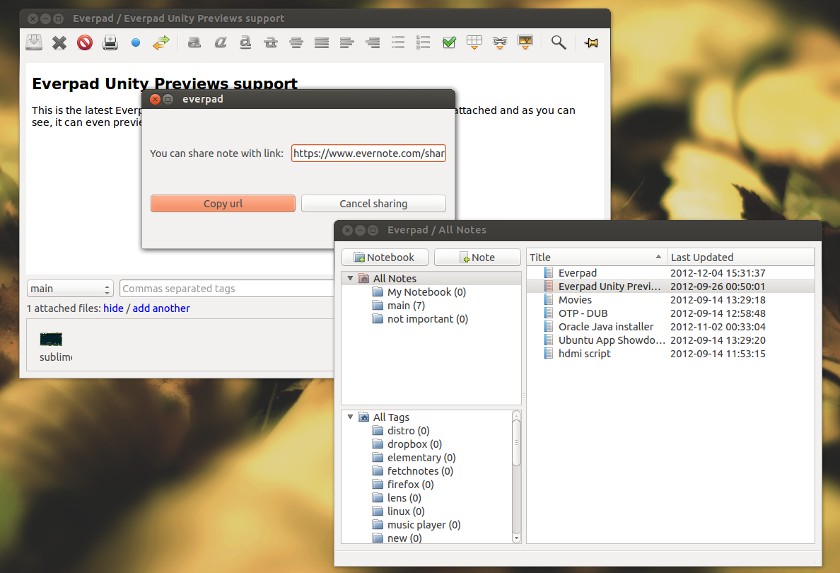 EverPad doesn’t also have a pretty interface like Tusk. When you visit its official GitHub page you will also see the fact that this app hasn’t been updated since three years ago so the development of this app is a bit unclear. But, if you want to give this app a try then there is no bad with that. And who knows, you will make it live again. EverPad for Linux as also supports notes, tags and notebooks. 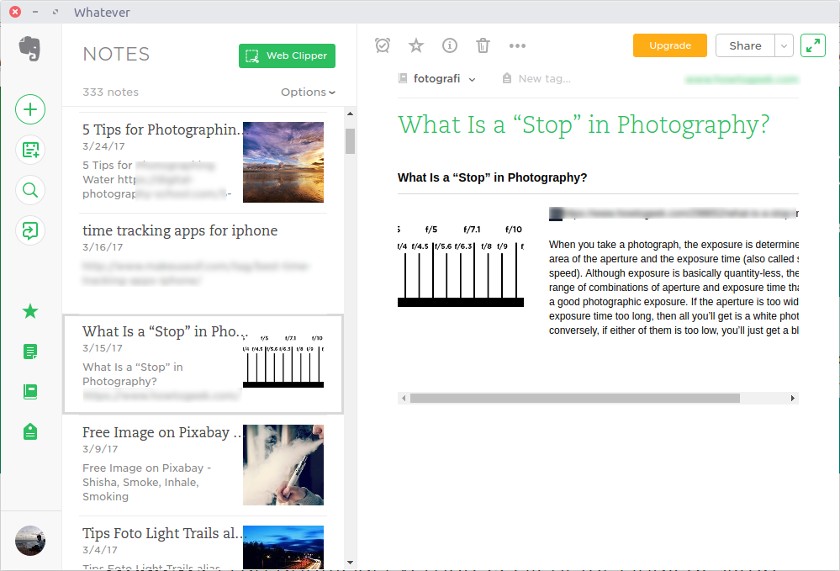 Whatever is another unofficial Evernote app for Linux that takes the Evernote web-client interface to desktop. It is extremely similar to Tusk, but comes with fewer features. There is no menu bar like Tusk has. You can’t also change the look of this app. But, if all you need is the functionality of Evernote then this app can handle it.

Unlike Tusk which is released as a cross-platform app, Whatever was developed exclusively for Linux. The developer of this app has provided a DEB package as well as RPM to ease your job in installing it. Just like all apps above, the source code of this app is also available on GitHub. Whatever is also built with Electron. The app is released under the MIT License.