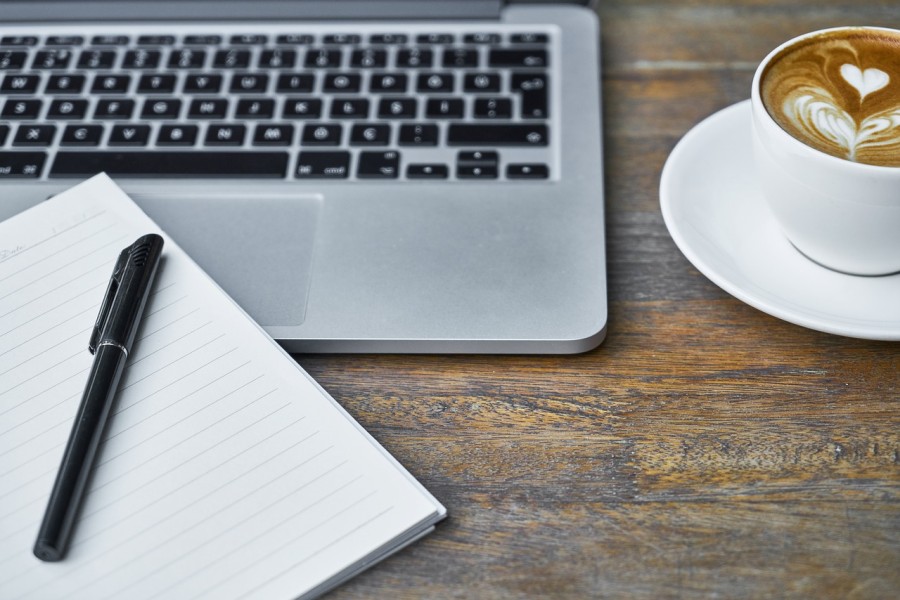 OneNote is a nice complement of Microsoft ecosystem in the office suite segment. While Microsoft Office is great to create a whole document with complex formatting, OneNote is nice to create document drafts with simpler formatting, or even no formatting. I have no idea about your problem with OneNote, but if you want to switch away from it, there are many similar alternatives already waiting.

OneNote, as you have probably known, is available for web, desktop and also smartphone. Speaking of OneNote alternative, one name probably to come in mind is Evernote. There is no doubt that Evernote is a great note-taking app. But once again, there are many OneNote-like apps available to take simple notes or creating longer notes of document drafts.

Here are the best 8 OneNote alternatives you can consider if you want to migrate.

Evernote should be the first go-to place for anyone who want to switch away from OneNote. Not just because it is one of the most popular note-taking apps, but instead Evernote comes with features to ease your job in taking notes. Same as OneNote, Evernote is also available for web, desktop and smartphone. The only downside of Evernote is probably the restrictions you have to deal with if you use a free account. Free account of Evernote only allows you to sync maximum two devices, no more. In addition, there are also restrictions in the taking note process. Each month, you are only given 25 MB capacity to take notes. But overall, Evernote is a great note-taking app. Besides, you can also get the more out of your free Evernote account with these tips.

So, when you are working on a document with Dropbox Paper you can select certain sentence and leave a comment on it. When leaving a comment, you can mention the team members you invited. This feature is pretty cool for collaboration and not all similar apps have one. Dropbox Paper itself is available on web and smartphone (Android and iPhone). If you are new to Dropbox Paper and have no idea how to use it, this post may can help little bit.

Dropbox is not the only cloud storage service to offer note-taking app feature. One of its competitors, Box also has the similar feature called Box Notes. Box Notes and Dropbox Paper have similarities in some ways. They both are great to work collaboratively. They also offers ready-to-use templates for project plan and meeting agenda. Everything you can do with Dropbox Paper can also be done in Box Notes. In addition to web Box Notes is also available for mobile devices. It’s just — unlike Dropbox Paper — Box Notes is available as a part of Box app, instead of standalone app. 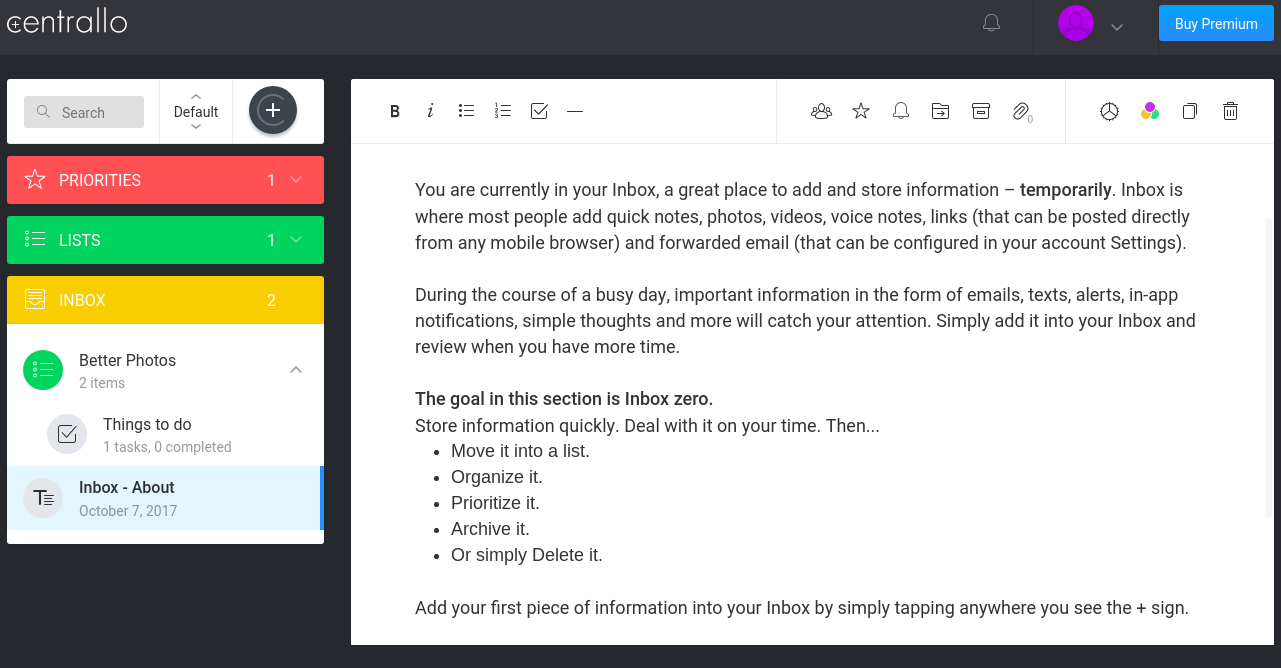 Centrallo is a note-taking app that is projected to compete with Evernote. You can also use it as an alternative to OneNote to create document drafts or other types of document, depends on your need. Centrallo itself is a freemium app just like Evernote. You will also have to work with some restrictions if you stick to free account. The restrictions include the maximum amount of notes you can create. Free account is limited to only 100 notes. In addition to web, Centrallo is also available for Android and iOS.

In 2013 Google released Google Keep. Many believe that Google’s intention of releasing this note-taking app is to compete with Evernote in which had not many competitors by that time. Google Keep comes with a differentiation by letting you to choose a different background on each note you take. You can also use Google Keep as an OneNote alternative since Google Keep is capable of handling longer notes for document drafts. In addition to web, Google Keep is also available for Android and iOS.

The best thing about Zoho Notebook is that it comes with a very nice note organizer called notebook. Each notebook can have a different cover and you can protect it with a password. The note taker of Zoho Notebook is quite similar to Google Keep’s. When you click the Create text note button to create a new note, a pop-up will appear. You can write down what you want to write on this pop-up. You can also choose the different colors on every note you take. In addition to web, Zoho Notebook is also available on Android and iOS. To streamline your job, Zoho Notebook also comes with a number of shortcuts you can take advantage of.

Simplenote is a perfect note-taking app if you are a WordPress blogger. This app is developed by Automattic, a company behind world’s best CMS, WordPress. Just like the name suggests, Simplenote comes with a very simple interface. You can’t even find no formatting tools at all. You won’t also be asked to enter any title when taking new notes. But, it supports tagging to allow you organizing your notes. Simplenote is a great tool if you want to focus on content. Simplenote is available on all major platforms, be it desktop or mobile. From web, Windows, macOS, Linux, Android to iOS. Thus, you can access your notes from any device you possibly have.

GNotes is an OneNote alternative that comes with a very clean, simple interface. The interface of GNotes tends to similar to Evernote but with fewer features. GNotes doesn’t also offer formatting tools like Simplenote. You won’t also be asked to enter any title when creating a new note, but this tool comes with better organization feature. In addition to tag, you can also create folders to put together notes with the same topics. In addition to web, you can also use GNotes on Android is iPhone/iPad.