Apple’s iPhone 11: What We Know So Far

HomeAppleApple's iPhone 11: What We Know So Far

Apple’s iPhone 11: What We Know So Far 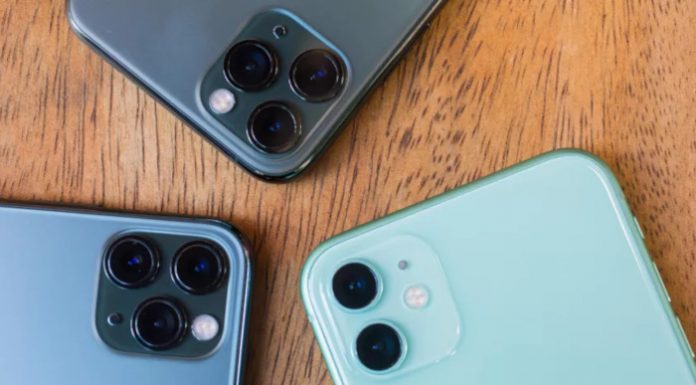 It’s been a year since Apple launched the iPhone XS, the most radical redesign of the iPhone X. Since then, fans have been eagerly awaiting official announcements related to the upcoming model. Over the years, Apple has established their phones as one of the most exclusive and expensive smartphones on the market. Despite the hefty price tags, their market remains strong. Besides their HD cameras and modern-looking interfaces, the more recent models now have larger screens and more powerful processors, with a competitive battery life to boot.and without issue.

There’s been a lot of speculation on the much-awaited iPhone 11 (or iPhone X, since the official name has not been revealed), but most of them have been disputed by Apple themselves or by other Apple industry insiders such as Eldar Murtazin. While he doesn’t go into detail, Murtazin informs how the new iPhones are “completely different” from current models on the market — more specifically how they don’t look anything like the supposed “leaked” photos of iPhone 11/XI.

Apparently, Apple has a bunch of surprises lined up for the release, which have successfully been kept behind doors.

So what do we know so far? Well, the new iPhone is definitely going to be using a new backglass that’s similar to that of Motorola’s new Moto Z4 design. It’s also predicted to have a triple-lens camera, improved battery life, a “haptic touch” feature, and never before seen colors.

The speculation about new colorways started when Apple sent out media invitations for an event on September 10, with an accompanying multi-colored Apple logo that dates back to the company’s early years.

But what the fans are really looking forward to are the enhanced specs — more specifically for things like 5G, artificial (AI), and machine learning (ML). Though some may have felt disappointed when Apple announced that it’s pushing the release of its 5G phones to 2020, people at least have equally cutting-edge features to look forward to.

The tech company first saw the advantages of AI and ML after the initial success of their neural engine. Apple’s in-house network software is what gives its machines the ability to understand speech and image, particularly back in 2017 for the iPhone X, 8, and 8 Plus. The neural engine is partially responsible for iPhone X’s Face ID facial-recognition system, as well as its Animoji feature, which allows users to replicate their facial expressions onto cartoon animals.

Last year, one of Apple’s biggest moves was hiring a new head for their AI and ML department, emphasizing how these two are “critical areas” for the advancement of their technology. Of course, this news came at a time when plenty of other companies are venturing into AI. According to tech experts Yoss in their article about ‘AI vs. Machine Learning’, the technology has seen various uses — from automated stock trading and self-driving automobiles, to generalized AI systems that are built to handle whatever task you throw at them. Most common, however, is generalized AI that relies on algorithms. This is where Apple wants to channel most of its focus — to ensure that they stay competitive within the technology-driven market.

As fans eagerly await the upcoming Apple press conference, the hope is that we can put the speculation to one side and get the real low down on the specs, as this could be one of Apple’s most notable releases yet.

How to Add PDF Files to the Books App on iPhone

Can Your iPhone Clear App Cache Without Deleting App?