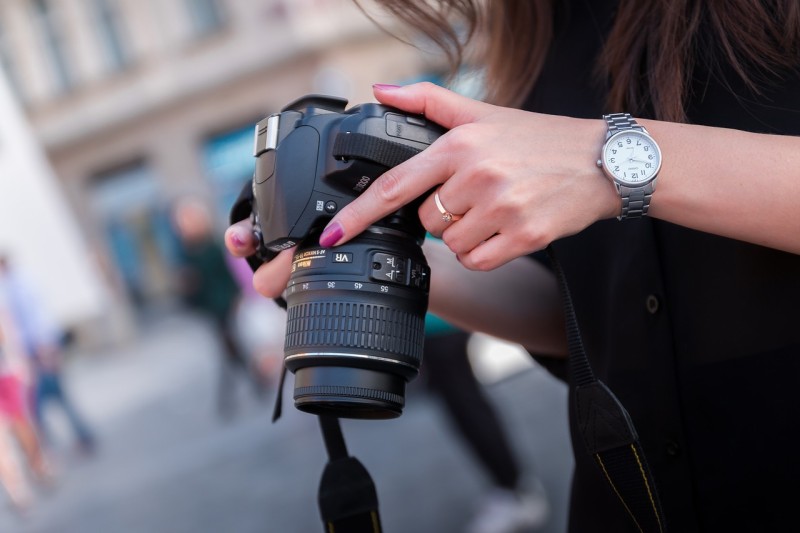 If you want to be serious with your photography hobby then owning a DSLR camera is a must. An entry level camera can be a good start for entering the photography world. A high-tech smartphone camera might allows you produce a high-rest photo but you can’t step further with photography if you just rely on it. A DSLR camera gives you a full control over the result you want to be.

Even so, you don’t have to spend too much money for an expensive DSLR camera to start learning photography. An entry-level DSLR camera is more than enough to understand every basic of photography like setting the ISO, adjusting shutter speed and aperture.

Following are some best entry-level DSLR cameras existing on the market you can pick today. 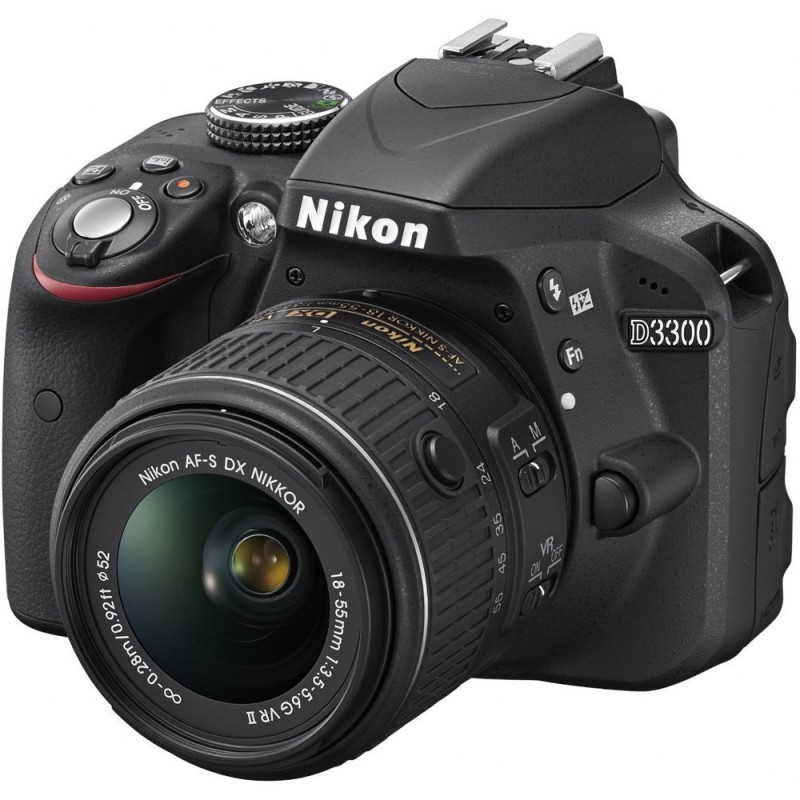 Most photographers agree that Nikon D3300 is one of the best entry-level DSLR cameras in the market. Even though Nikon has released the successor of this model but it remains popular because it’s cheaper and the features are not too different. Nikon launched D3300 on January 2014 to replace the older model Nikon D3200. Nikon D3300 comes with a 24.2MP sensor that resolves bags of detail and like much like pricier Nikon DSLRs, it does away with an anti-aliasing filter to maximise image sharpness.

With 11 auto focus points (AF), the Nikon’s D3300 can produce better photos when you use it to take a photo of a landscape object or a group of people.

D3400 is launched by Nikon in 2016 as the successor of D3300. Generally, there is no significant changes from this model. It still uses a CMOS sensor with resolution of 24.2MP. What makes D3400 different to its predecessor is the addition of Bluetooth to enable you transfer your photos wirelessly to your mobile devices via SnapBridge app that you can download on Google Play Store and Apple’s App Store. Another enhancement is in the battery side. Nikon D3400 is capable to take up to 1200 photos, makes it great for traveling. 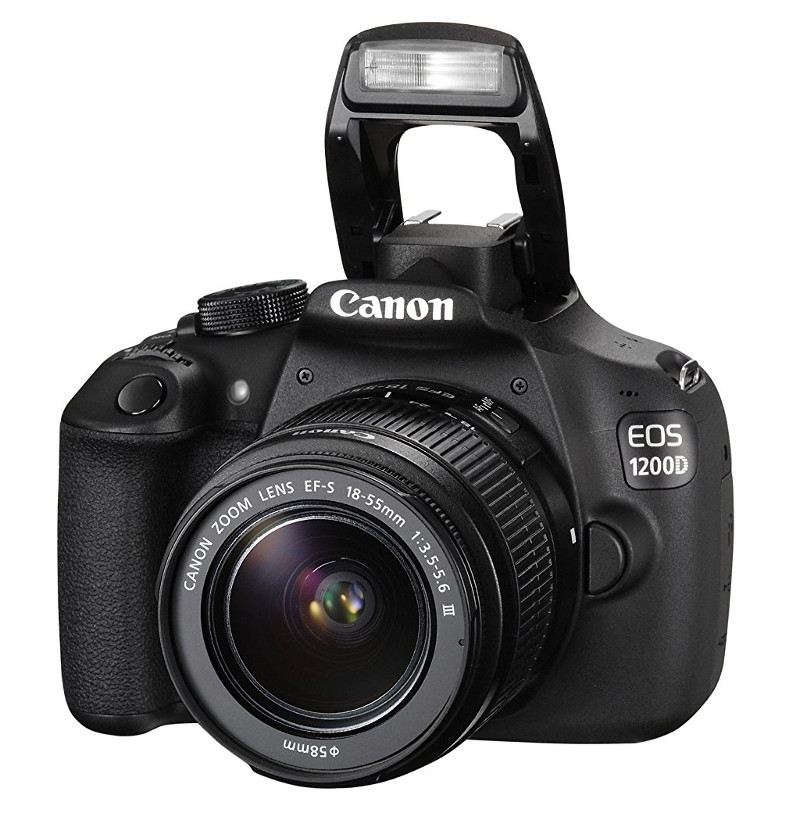 Some photographers prefer to use Canon because they say that Canon cameras are easier to use than Nikon and other brands. Basically, it’s all about taste. If you are a Canon fan and want to look for an entry-level camera, Canon EOS 1200D a.k.a Rebel T5 is the best stop. The camera is launched in 2014 and the close contender to Nikon’s D3300. This is probably the most affordable DSLR camera in the current market. With only 9 points of auto-focus, Canon 1200D might is not as good as Nikon D3300 in producing landscape objects. But overall, The Rebel T5 is good enough to start learning photography. 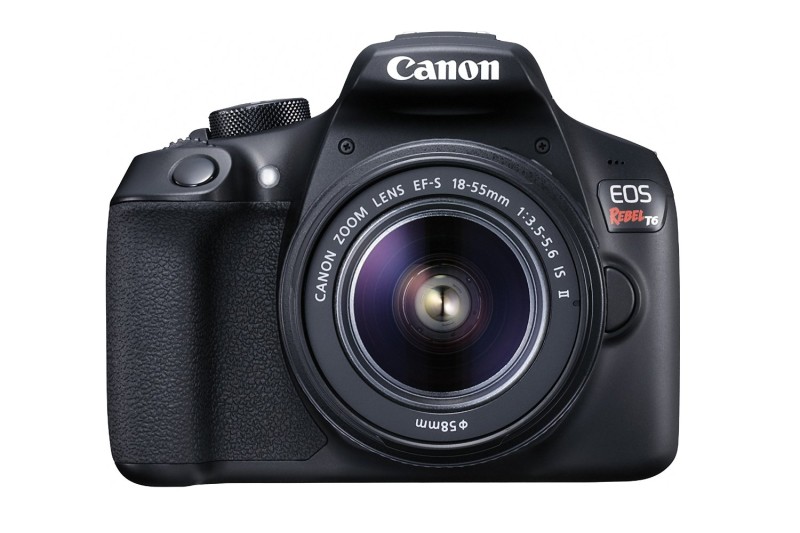 Like Nikon, Canon has a new version of Rebel T5. It is Rebel T6 or also known as EOS 1300D outside the US. The general specs of Rebel T6 are not too different to its older brother Rebel T5. It uses the same sensor as Rebel T5 but has a newer processing engine to enable it producing slightly better quality images. Just like Nikon did with D3400, Canon also added wireless connectivity to Rebel T6 for a quick transfer. Rebel T6 uses Wi-Fi and NFC technology built-in to allow you transferring photos from your camera to smartphones quickly.

You don’t need a remote shutter every time you want to take a light trail photo using Rebel T6 since you can control the camera remotely via your smartphone. Other enhancement include screen from 3-inch 460K dot unit to 920K dots, which makes your images look sharper. 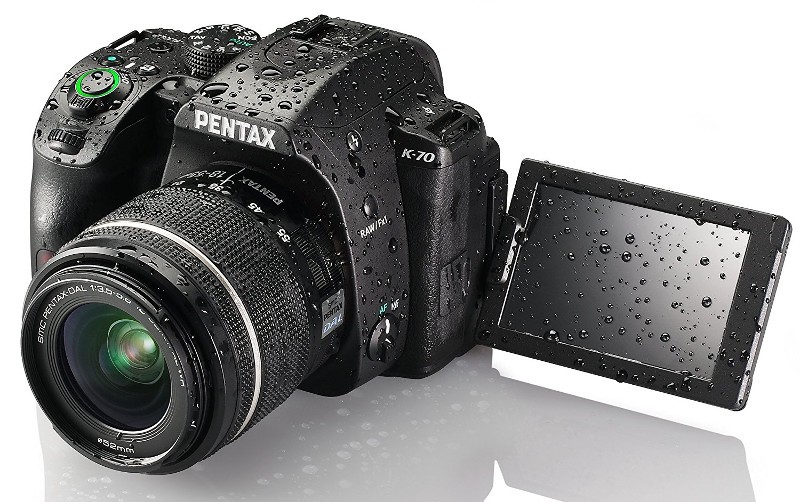 Pentax K-70 is probably not the best option if you are completely new in photography. The camera tend to be suitable for intermediate photographer. However, there is no exact rule in photography that prohibit you to own any camera, including Pentax K-70. There is no significant different of Pentax K-70 to all entry-level DSLR cameras mentioned above. This camera also uses a CMOS sensor with 24.2 megapixel of resolution, same as Nikon’s D3300 and D3400.

But, Pentax K-70 is superior for outdoor use. Pentax K-70 is waterproof camera and dust resistant too. So, it’s a good choice if you are looking to use your camera for photographing objects like waterfalls, beaches and other wet objects. The camera is also equipped with a Shake Reduction feature to cut camera shake and correct slightly skewed horizons.

Canon released a new affordable DSLR camera model in June 2017, Canon EOS 200D. The camera is aimed at rookie photographers who just getting started entering the world of photography. In the Americas, the camera is known as Rebel SL2 while in Japan it is known as Kiss X9. As an entry level camera, Rebel SL2 comes with a very standard features. The specs is not too high. Rebel SL2 is the serious competitor of Nikon’s D3400.

The key specs of the Rebel SL2 include 24.2MP APS-C CMOS sensor and dual pixel autofocus, larger than its predecessor. Rebel SL2 comes with an articulating screen, meaning that you can flip the screen in case you love to take selfies. Bluetooth and Wi-Fi are available for easier photo transfer.