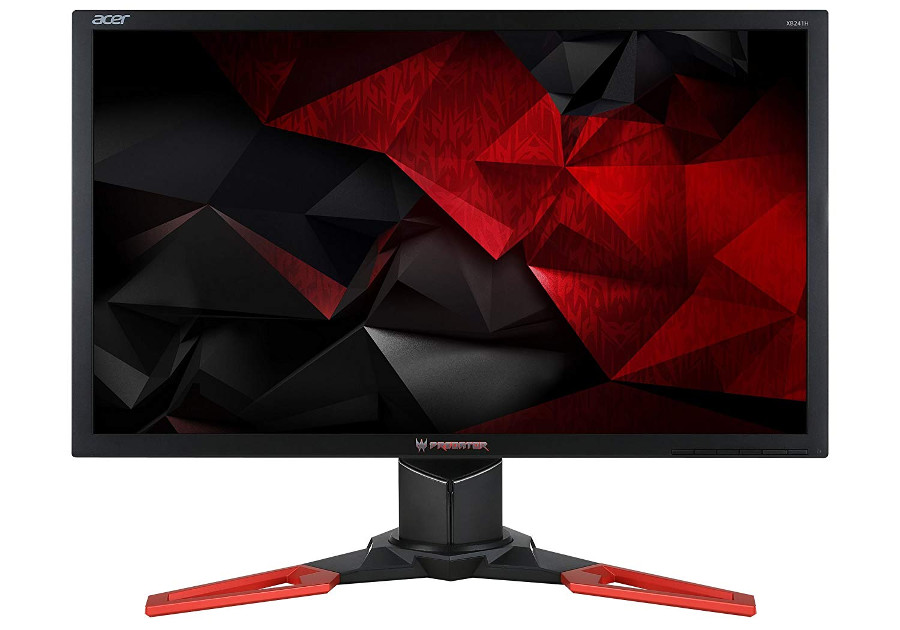 In 2013 Nvidia introduced a technology called G-Sync. The primary purpose of this technology is to reduce input lag as well as eliminate screen tearing. Some monitor manufacturers — Acer in particular — adopt this technology to deliver a better quality monitors to consumers. A monitor that adopts Nvidia G-Sync is ideal for running applications that require high graphical resources like 3D adventure games and 3D makers.

The definition of G-Sync can be so technical and complicated, but the point is that a G-Sync monitor is capable of delivering smoother, lag-free graphics. That is why many gamers opt to this technology.

Nvidia is not the only graphics card company to offer this sort of technology. In 2014, AMD also introduced the similar technology called FreeSync. Both Nvidia G-Sync and AMD FreeSync have the same purposes to eliminate screen tearing and reduce the input lag.

View price
As mentioned on the beginning paragraph above, Acer is one of the monitor manufacturers that adopts the technology of Nvidia G-Sync. One of the G-Sync monitors from Acer is Predator XB241H. It is a 24-inch monitor with the resolution of 1920×1080. Predator XB241H comes with a number of features to enrich your computing experience. One of which is that you can swivel this monitor until you get a vertical orientation. This monitor features a pair of 2-watt built-in speakers. On the port side, Acer Predator XB241H offers a Display Port and a HDMI, respectively. Acer Predator XB241H has the aspect ratio of 16:9. 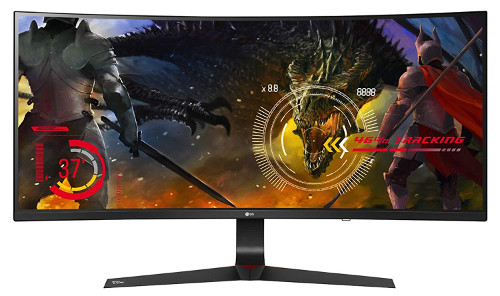 View price
34UC89G-B is a 34-inch curved monitor from LG. This monitor is also compatible with G-Sync in case you have a G-Sync graphics card. The best use of this monitor is to play a 3D games. With the refresh rate of 144Hz, games played on this monitor are noticeably smoother and clearer compared to monitors with the refresh rates of 75Hz or even 60Hz. LG 34UC89G-B has the same aspect ratio as Acer Predator XB241H above. Another feature to make your gaming experience even better is Black Stabilizer that reveals superior detail in dark scenes. Although this monitor is great for gaming, it doesn’t mean that you can’t use it for other needs. If you need a curved monitor for editing videos, 34UC89G-B is also an ideal choice. 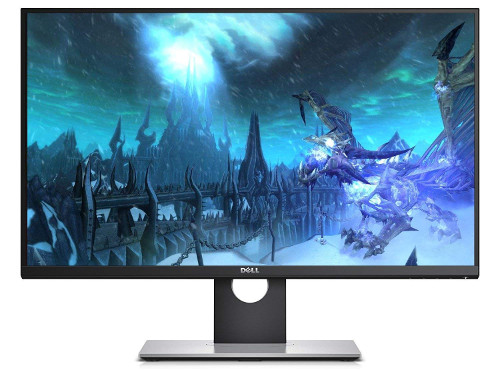 View price
Dell also has some G-Synch monitors. One of which is Dell Flagship that has the size of 27-inch. This monitor also has a 144Hz refresh rate to deliver greater visual fluidity. This monitor is also aimed at gamers, but you can use it for any purpose according to your need. This Dell Flagship comes with the resolution of 2560 x 1440 (aspect ration 16:9). On the port side, this monitor offers a HDMI 1.4 port, a DisplayPort 1.2 port, 4 USB 3.1 ports and a headphone port. 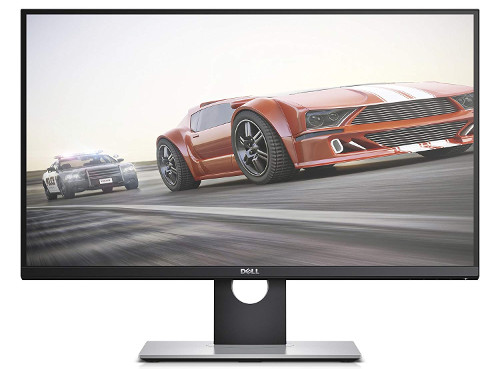 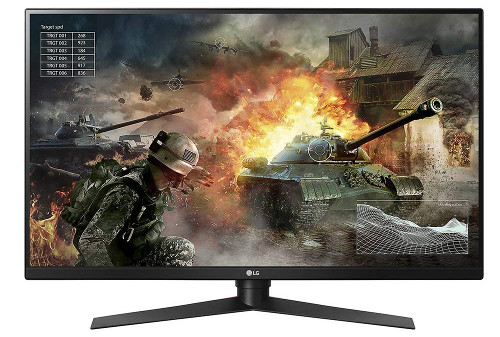 View price
LG 32GK850G-B is another G-Sync monitor from LG. This monitor also has the refresh rate of 144Hz for delivering a smoother visuals when you are playing heavy games that require high graphical resources. This monitor itself has the resolution of 2460 x 1440. This monitor has a sleek design with a thin enough bezel. A feature that you will probably love to is Sphere Lighting. When using this monitor for playing game, you can set the Sphere Lighting with an array of different colors and lighting modes to enhance the gaming experience. Same as 34UC89G-B above, LG 32GK850G-B also gives an option to set the orientation from horizontal to vertical. 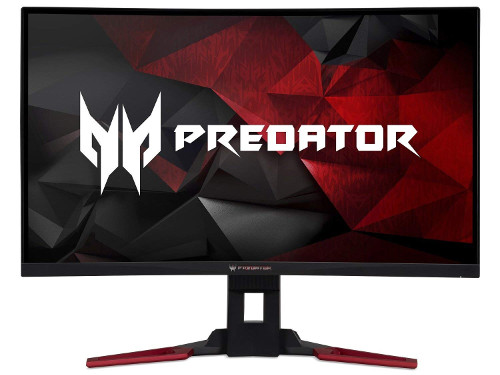 View price
Z321QU is another G-Sync monitor from Acer. What makes this monitor different to XB241H above is that it has a larger size. Instead of 24, Z321QU comes with a 32-inch size with the resolution of 2560 x 1440. Also, Z321QU has a curved form. By default, this monitor has the refresh rate of 144Hz but you can overclock it to 165Hz. It is no problem if you have no speaker at home since Z321QU comes with a pair of built-in 7-watt speakers. The ports offered by this monitor are one HDMI 1.4, one DisplayPort 1.2 and 4 USB 3.0. 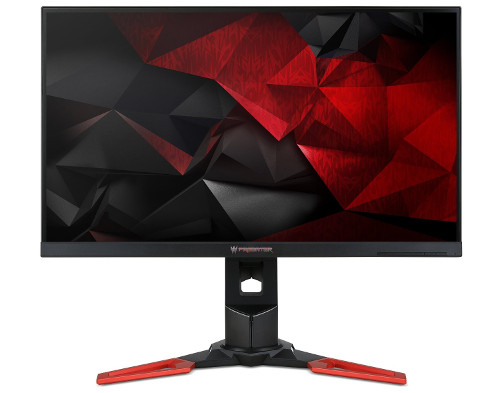 View price
Predator XB271HU is another G-Sync monitor from Acer. The core features of this monitor are not much different to two Acer G-Sync monitors above. The difference is that Predator XB271HU has the size of 27-inch. This monitor also comes with a HDMI 1.4 port, a DisplayPort 1.2 port as well as 4 USB ports. Thanks to its a pair of 2-watt speakers, you don’t have to buy a separated speaker anymore just for playing games. 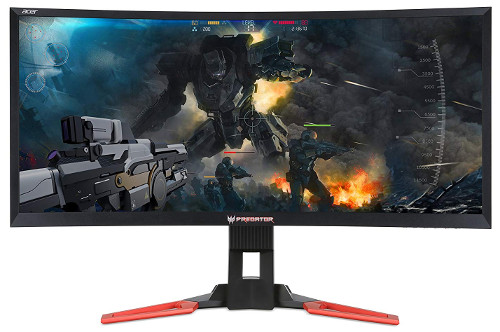 View price
Again, Predator Z35 is also a G-Sync monitor from Acer that has the refresh rate of 144Hz just like all monitors on this list. As you probably can guess from its name, Acer Predator Z35 has the size of 35-inch. This monitor itself is available in two different resolutions: 2560 x 1080 and 3440 x 1440. Since the size of this monitor is bigger than previous Acer G-Sync monitors above, its speaker is also bigger. Acer Predator Z35 comes with a pair of 9-watt speakers. This monitor has a feature called Predator GameView which allows you to adjust dark boost levels, make precise color adjustments and set up aim points for hip-fire accuracy. This monitor itself comes in a curved design.

An LCD panel is a thin display panel with wide-reaching applications. There are many different elements that work together to contribute to the functioning of an LCD monitor.
Read more
Windows

How to Calibrate Monitor in Windows 10

Some tasks like photo editing and graphic design require high color accuracy. For such needs, not only you need a proper tool (software) and...
Read more
What Is

HDMI is becoming the common display interface on most computer monitors, alongside DisplayPort. You may think, which interface you should use? Before answering the question,...
Read more
Buying Guide

Monitor is not the main component of a computer system, but without it you won't be able to use your computer. Therefore, if your...
Read more
Best Buy

If you are gamer chances are you have known about AMD FreeSync. Most gamers love the AMD's technology as it can minimize input latency as well...
Read more
Best Buy

Curved monitor -- just like its name -- is the kind of monitor with an unusual shape. With the shape of nearly half circle,...
Read more