How to Avoid Having a Cringey or Embarrassing Business Name 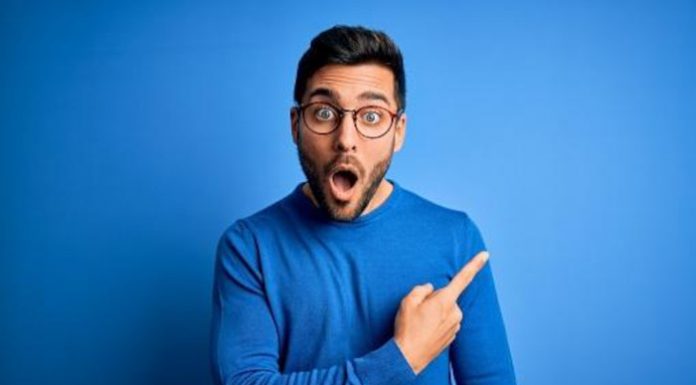 The world of business has changed. Businesses used to be able to get away with names like Analtech, i.Beat Blaxx, Ayds Diet Candy, Cat Crap, Urinal Drink, and Hitler’s Chicken. Not any longer.

Any entrepreneur who wants to establish a business has to know how to come up with names that don’t offend their target demographic or make their consumers feel bad about supporting their business.

So, if you’ve just established a company and want to come up with a fantastic brand name that doesn’t embarrass, offend, or disregard your customers, then all you need to do is follow these steps.

1. Stay Away from your Competitors Brand Name

Avoid names that are too similar to those of your competitors. While it may look like a great idea to steal some brand power from a large corporation, it’ll definitely generate confusion in your target audience and cause them to see your business as dull and careless. Not to mention the expensive legal battles your young company would have to fight.

So, double-check each name to make sure it’s unique and unrelated to those of your rivals. And the easiest way to guarantee your brand’s uniqueness is to visit the US Patent and Trademark Office and conduct a comprehensive trademark search on all the business names you’re considering. This will help you be certain of the uniqueness of your brand’s name.

Don’t expect your brand name to be limited to its local surroundings and context, given how rapidly the world is becoming digital. Customers all across the globe are watching, thanks to social media, and if you make a name blunder, they won’t hesitate to trash your products.

Nokia’s smartphone, Lumia, was released in 2011. It was meant to help Nokia gain market share, and it might have been the company’s saving grace if Nokia had done its homework on the product’s name.

It did not surprise us when Spanish buyers abandoned the phone because Lumia was a slang term for prostitute in Spanish.

Consider how difficult it would be for two Spanish people to have a conversation about Nokia’s Lumia. That was nothing compared to the look of surprise on the faces of Chinese customers when Mercedes-Benz first entered the Chinese market under the brand name “Bensi,” which means “rush to die.” I don’t know about you, but I wouldn’t want to be behind the wheel of anything like that.
Customers in Finland also abandoned Fiat’s Uno after finding that the Italian word for “One,” “Uno,” also meant “Fool” in Finnish.

These kinds of boycotts are why you should test your business name across different translation software before trademarking it. Otherwise, your name will be the undoing of your company.

Even if a company’s primary goal is to make money, it’ll be unable to fulfill that goal until it speaks to its target audience and addresses their pain points. And that’s why everyone who wants their business to succeed must give it a name that doesn’t alienate their target market.

Every business owner needs to examine how their clients perceive the tone of their brand name. Urban Decay is a great name for a firm that caters to young people since it resonates with them. However, if your target customers are baby boomers, you should refrain from using edgy names.

But analyzing your target audience’s demographics is only the beginning; you’ll also need to come up with a short and distinctive name that expresses their wants and personality. Using a strong business name generator is one method to achieve this.

Understand that offending your customers is a sure way to kill your brand. Many businesses make the mistake of attempting to demonstrate their uniqueness by using a stale brand name, and they pay the price.

Sending the incorrect message—from your brand name—about problems of culture and politics will definitely create a gulf between your brand and its customers, just as Uncle Ben’s and Aunt Jemima’s brand names did before they rebranded.

However, even after you’ve picked a memorable name, don’t do anything that will make your customers embarrassed of your company. Entrepreneurs must be cautious when dealing with political issues.

Don’t join the lengthy list of businesses that have dabbled with the tumultuous realm of politics and barely made it out alive. Your firm is just isolating itself from a decent portion of its audience by being overly political.

So don’t be too involved in politics that buyers won’t be able to separate your brand’s political activism with its fantastic products.

Hopefully, this article has set you on the right path to finding a name that your customers and employees would be proud of.

Grant Polachek is the Head of Branding at Inc 500 company Squadhelp.com, the worlds #1 naming platform, with 30,000+ customers from early-stage startups across the globe to the largest corporations including Nestle, Philips, Hilton, Pepsi, and AutoNation. Get inspired by exploring these winning business name ideas.

Today, in this competitive business world, constant product development is the key to success. You cannot ignore it from your end. For your organization's...
Read more
Business

How to Use Technology to Grow Your Business?

Nowadays, the majority of businesses depend on technology solutions to grow at a rapid pace. With this consistently changing environment, most business organizations tend...
Read more
Business

Tips on How to Get the Best Energy Quote? Here is What You Need to Know!

Is your business energy renewal date soon approaching, and are you planning to switch on with another supplier? Inviting quotes and scrutinizing the same...
Read more
Business

What is the Main Role of MVP for Business?

Implementing an MVP into your business not only generates revenue for the project and attracts investors but also minimizes the chance of failure. The main...
Read more
Business

Businesses no longer have to manage the paperwork as everything nowadays has shifted to computers. Making video calls to create documents and running ads...
Read more
Business

Budget constraints, especially after the global pandemic of COVID-19, have forced many companies to settle for IT outsourcing services. It has come with a...
Read more