Why Does Your Business Need a Translation Service?

HomeBusinessWhy Does Your Business Need a Translation Service?

Why Does Your Business Need a Translation Service? 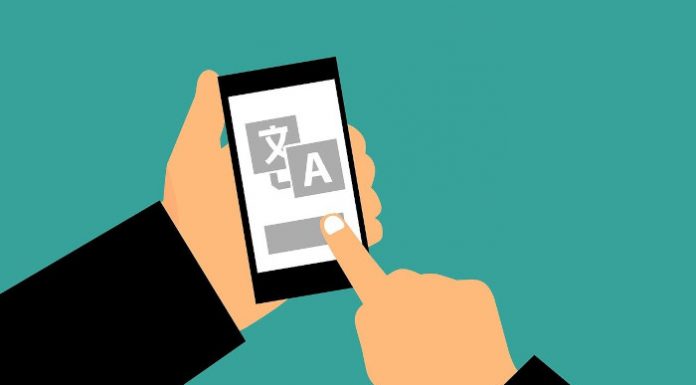 It is estimated that around 60% to 75% of the world’s population speaks at least two languages. Some people are taught several languages right from when they are just kids, others attend language lessons in school, while others start learning other languages later in their lives due to the prospect of finding a better job. Although your language skills could lead to great opportunities, the opposite could also be true. Why?

If your company is considering entering new markets, you will need to translate your products and services. If you happen to know the most popular language of a country of which market you are trying to enter, it might be tempting to deal with the translation on your own. This way, you would save money as you wouldn’t have to pay a hefty sum for translation services in Boston, Coventry, or Liverpool. However, the possibility of making mistakes would cause it to be a somewhat risky endeavor. In a moment, you’ll learn why it’s a better idea to choose a professional translation service.

The Reputation of Your Company

If your company has a long history, and it’s relatively successful, then people in your native country, or at least, region, might be aware of its existence even if you don’t spend a lot on the marketing. If your services and products are any good, then opinions about them will travel through word of mouth. However, if you are just entering a foreign market, customers will most likely hear about your company for the first time.

Unfortunately, we tend to prefer products with which we are familiar – and can we really blame our minds for that? However, it also means that you’ll have to start building your reputation right from scratch. In this case, if your promotional materials are poorly translated, it would have much worse consequences, as for many potential customers, it will be their first encounter with your brand, and first impressions are important.

Even if your language skills are pretty decent, it wouldn’t be a great idea to deal with the translation on your own. That’s because you might be able to translate short texts, and with some effort you could even make the translations relatively faithful to the original.

However, apart from knowing the language itself, you also need to know the culture of a foreign country to avoid committing any faux pas that could have grave consequences. More direct communication is preferred in some cultures, whereas in others, the same message would come off as rude. Because of that, only people who have considerable knowledge of the country’s customs and culture should be responsible for translating the message intended to attract customers to your company.

Technology is deeply woven into our daily lives, and with every, it can help us with increasingly demanding tasks. When it comes to translation software, we have come to a long distance. We can use smart algorithms to translate text on the spot, simply by directing your smartphone’s camera at it.

However, we should also remember that we haven’t reached a point where we can fully delegate the translation job to the computers. The translation software will probably reach this level at some point in the future, but for now, we still need human translators as they are the only ones able to deal with some idioms or word plays, which computers might translate too literally.

Another reason why your company would benefit greatly from professional translation services is that it would allow you to have access to a larger selection of potential job candidates. Given the fact that remote work is now extremely popular, there’s no need for people working in your company to live in the same country or speak the same language as you do. If you are working in an international environment, then you are probably used to communicating with your business partners in a language different than your native one.

However, if you want to expand your staff, even going as far as to consider candidates from different countries, the process would be more efficient if you were to create job ads in the native language of the candidates. Sure, in their job, they would probably need to communicate with others using another language, but it would be a nice gesture nonetheless, which might create some rapport right from the start. However, the translations of the ads would need to be perfect – remember what we said about first impressions?

Thanks to technology, we can communicate with others regardless of the distance. However, apart from sending messages, we can even use translation software to talk or text with those whose language we don’t know or know very poorly.

However, even if your language skills are enough to carry a conversation with your friends from a different country, it doesn’t necessarily mean that it would be a good idea to translate the company’s documents on your own. A faux pas or a mistake made due to a lack of knowledge of local customs could make it much harder for your business to find customers.

Though the services of professional translators aren’t particularly cheap, using language translation services is a wiser decision from a financial point of view, as you wouldn’t risk making grave mistakes that could have long-term consequences for your company.