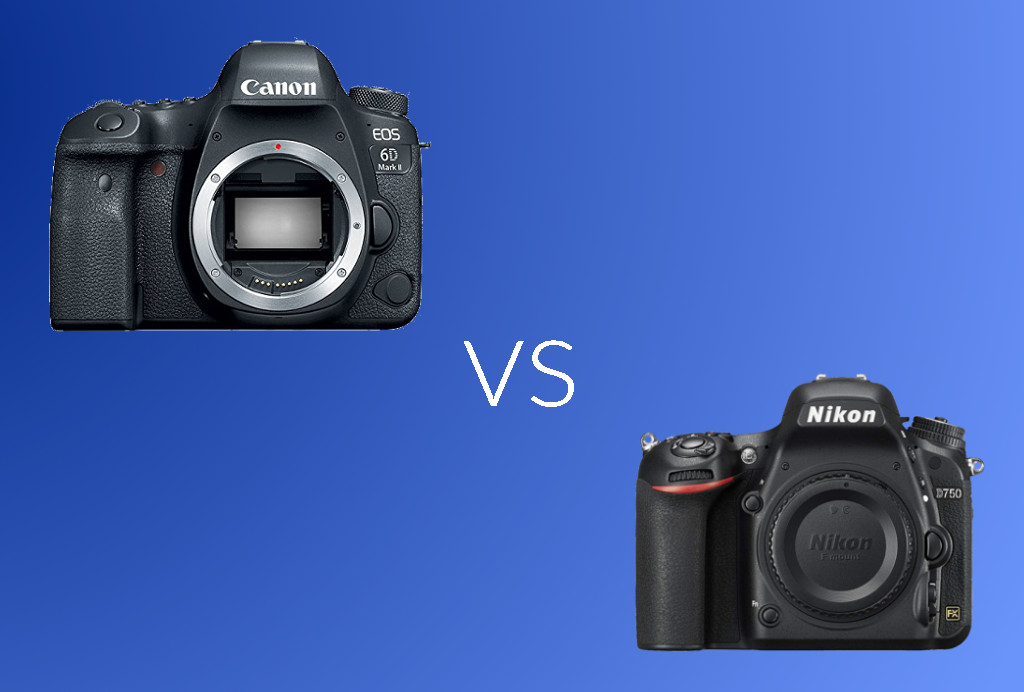 Both Canon 6D Mark II and Nikon D750 are great for all types of photography needs, but they are not good enough when it comes to recording video. The reason is because they have no capability of recording 4K videos. Nikon created D750 to be an affordable version of D810, a full frame DSLR camera that is developed for professionals. Nikon D750 uses some the technologies from D810, but available in a smaller body.

Before making a conclusion which one is the better between Canon 6D Mark II and Nikon D750, we need to make a deep analysis to compare the specs and features between these two cameras. As briefly described above, both cameras have precisely the same sensor size. However, the supporting specs and features remain different. The first difference can be seen on the ISO range these cameras offer. On this section, Canon 6D Mark II is one step ahead of Nikon D750. The maximum ISO setting you can use on Canon 6D Mark II is 102400 while io Nikon D750 you will only be able to set the ISO to the maximum of 51200.

There is no difference in the section of shutter speed range section. Both Canon 6D Mark II and Nikon D750 offer the same shutter speed range, 1/4000 – 30.0. They also come with the same frame rates of 6.5. Meaning that on a single press of shutter button on the continuous shot mode, these cameras — based on what’s on the paper — capture the same amount of photos. Even so, Nikon D750 is a bit better at capturing moving objects since it has more autofocus points. Nikon D750 has the autofocus points of 51 while Canon 6D Mark II has only 45. But for other sorts of photography needs, these two cameras are relatively equivalent. They, for instance, offer bulb mode for a long exposure shoot.

Another aspect you might want to notice when comparing two cameras is probably the battery life. Speaking of this, you can expect more from Canon 6D Mark II and Nikon D750. On a single charge, the battery of these two cameras are capable of firing up your camera to take about 1200 photos. The rest, there are relatively no significant differences between these cameras. They offer Wi-Fi for wireless photo transfer. Especially Canon 6D Mark II, it also offers Bluetooth. One feature offered by Canon 6D Mark II that is not available on Nikon D750 is GPS. 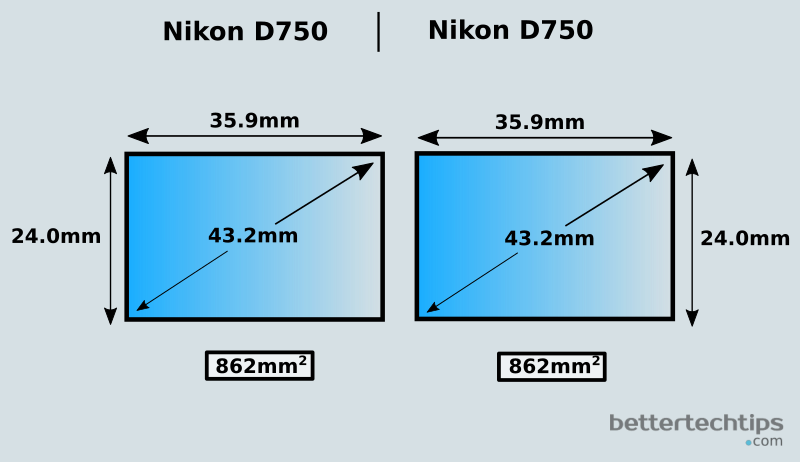 In addition to sensor, the body dimension of this two cameras is also not much different. We have also created the images below so you can compare the body of Canon 6D Mark II and Nikon D750 more easily. Nikon D750, however, is slightly lighter than its competitor from Canon. 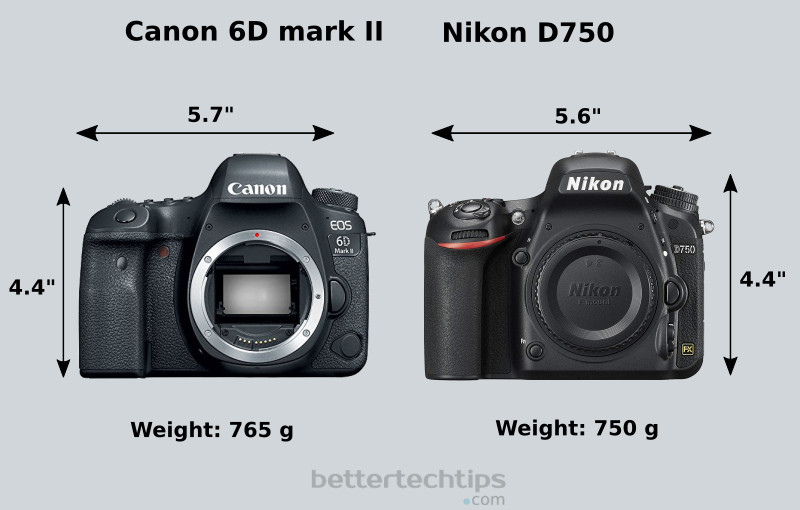 As usual, we have also selected some examples of the photos taken using both Canon 6D Mark II and Nikon D750 to get you be more convinced with the choice you are going to made. All the examples below are taken from Pixabay. Just keep in mind that in addition to sensor, the lens you use also determines the end results of the photos you take. To allow you identifying the lens used on each photo below, we have also added the EXIF data. You can guess the used lens by reading the focal length section on the EXIF data.

Common problem found on Nikon D750 is that some D750 bodies have been found producing unwanted flare anomalies in certain shooting situations, namely when an intense light source is situated just above the frame of view.

Canon 6D Mark II also recieved some critics especially regarding the autofocus performance. Some photographer have a complain that the 45 autofocus points of Canon 6D Mark II are dense around the center, resulting in slower focus and recompose maneuvers when photographing moving subjects. Regardless of those minor things, both Canon 6D Mark II and Nikon D750 are great enough cameras, with a large sensor. They can be a great stepping stone for your photography level.