Canon 6D Mark II vs Sony A7 II: Which Affordable Full Frame Camera You Should Buy? 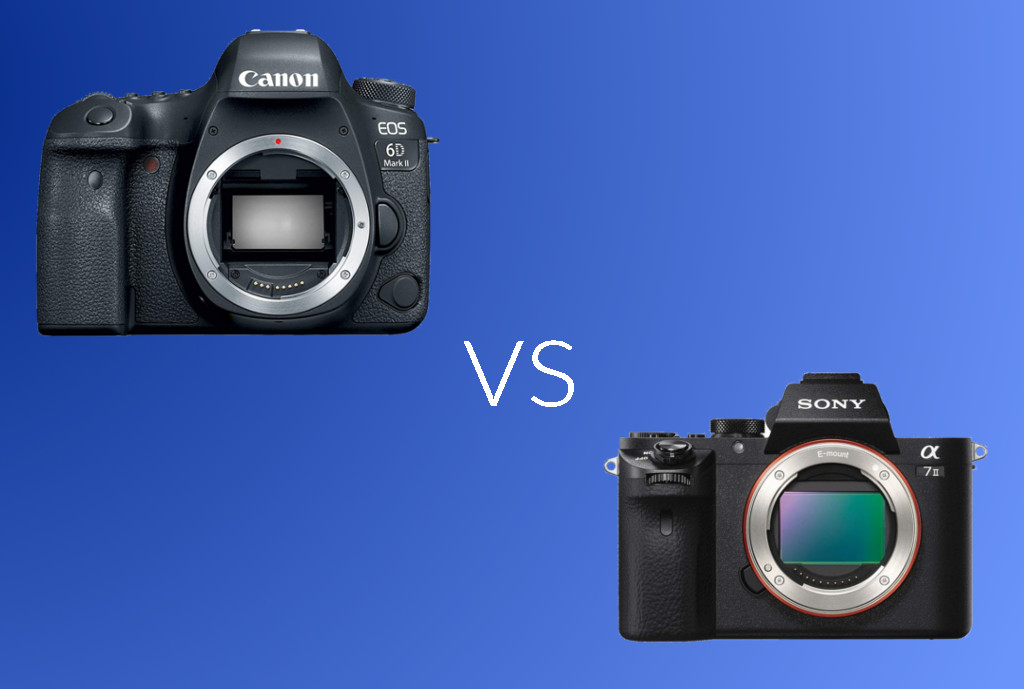 Canon 6D Mark II and Sony A7 II are affordable full frame cameras. In the market, these cameras are available with the price of less than $2,000. They can be an alternative if you want to buy a full frame camera but have a limited budget. Be it Canon 6D Mark II or Sony A7 II is not designed to be a professional camera, but the specs of these cameras are more than enough to run your photography hobby and can handle more photography needs than the cameras with crop sensor you have.

Another key difference between these cameras is the video recording capability. Despite its large sensor, Sony A7 II is not capable of recording 4K videos. The maximum resolution this camera can record is 1920 x 1080 (full HD). On the other hand, Canon 6D Mark II is capable of recording 4K videos (3840 x 2160) with the frame rates of 30. Other than body size and video recording capability, there are several other things differing Canon 6D Mark II and Sony A7 II.

Let’s start the comparison between Canon 6D Mark II and Sony A7 II by taking a look at the specs they have via the table below.

When you are comparing a DSLR camera and a mirrorless camera, you will always see a massive difference on the battery life section. It’s no secret that mirrorless cameras have a shorter battery life than DSLRs. This also applies to Canon 6D Mark II and Sony A7 II. Both cameras adopt the technology of Li-ion for the battery. The battery of Canon 6D Mark II has the capacity of 1865 mAh while the battery of Sony A7 II has the capacity of 1020 mAh.

On a single charge, the battery of Canon 6D Mark II can be used to take about 1200 photos. This is far more than Sony A7 II which only capable of taking about 300 photos per charging.

Let’s take a switch to the technical aspects of photography.

Photography is all about catching the light. The larger the sensor of a camera, the better it in catching the light, even in a low-light condition. In addition, the proper settings will also affect the end results of the photos you take. The settings we meant is the exposure triangle, which involves the ISO setting, aperture and shutter speed. Aperture setting depends on the lens you use. Each lens has different widest aperture, depending on its type. ISO and shutter speed, on the other hand, are depending on the specs on your camera.

There is relatively no significant difference in terms of sensor size between Canon 6D Mark II and Sony A7 II because these cameras use a full frame sensor. The sensor of Canon 6D Mark II, however, is slightly larger than Sony A7 II. The difference is about 1 percent. The sensor of these cameras have the same crop factor of 1.0 with the aspect ratio of 3:2. 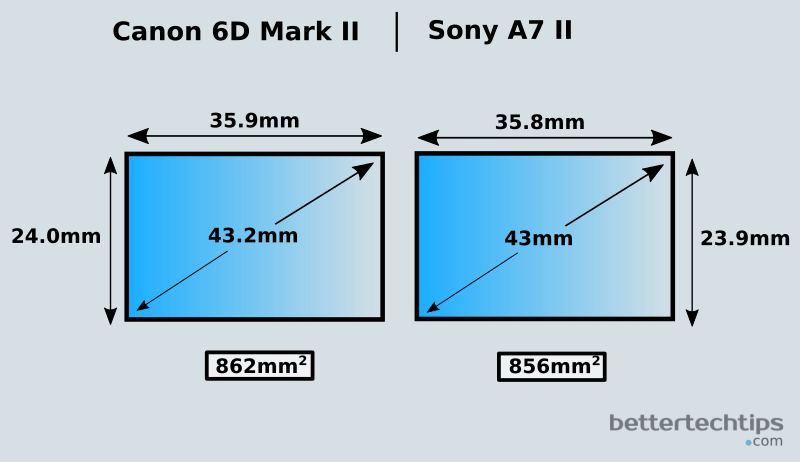 As a DSLR camera, Canon 6D Mark II certainly has a larger body than Sony A7 II which is a mirrorless camera. But, how far is the gap between the body of these cameras?

The body of Canon 6D Mark II is about 24 percent larger than Sony A7 II. Take a look at the images we created below to see the difference of body size between both cameras. 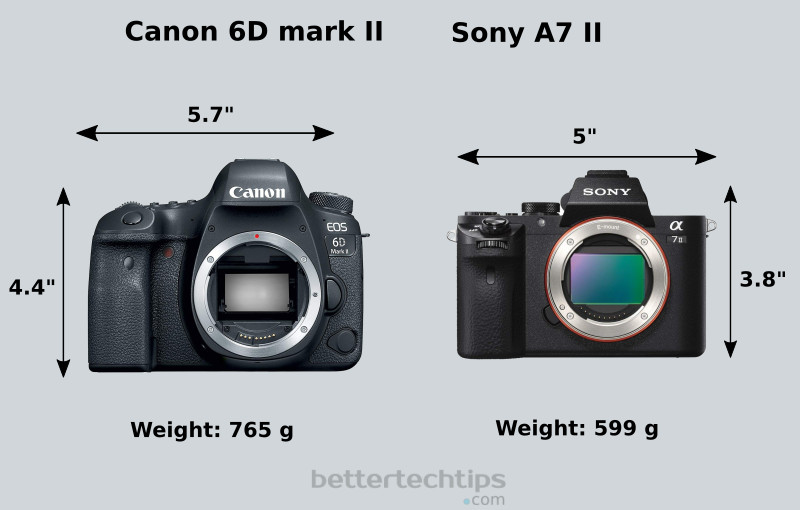 Canon 6D Mark II and Sony A7 II are different systems. Canon 6D Mark II is a DSLR camera while Sony A7 II is a mirrorless camera. These two of camera types have their respective characteristics. Typically, DSLR cameras have a longer batter life while mirrorless is superior in terms of autofocus points — which will be helpful in taking pictures of moving objects. Both Canon 6D Mark II and Sony A7 II are great cameras with a high enough score on DxOMark. If your tendency is to choose a camera with a compact design then Sony A7 II should be your choice. Conversely, if you prefer a camera with a longer battery life — regardless its larger body — then Canon 6D Mark is the camera you should choose.

One thing to remember, Sony A7 II doesn’t have the capability of recording 4K videos while Canon 6D does.

Nikon D800 and D750 are two affordable enough full frame DSLR cameras. These cameras are available for under $2,000. There is a story about...
Read more
Camera

Nikon D5600 and Canon 760D are two entry-level DSLR cameras that are equipped with an APS-C sensor. These two cameras were announced in, respectively, November...
Read more
Camera