HomeCameraCanon 77D vs Canon 80D: Which One You Should Buy? 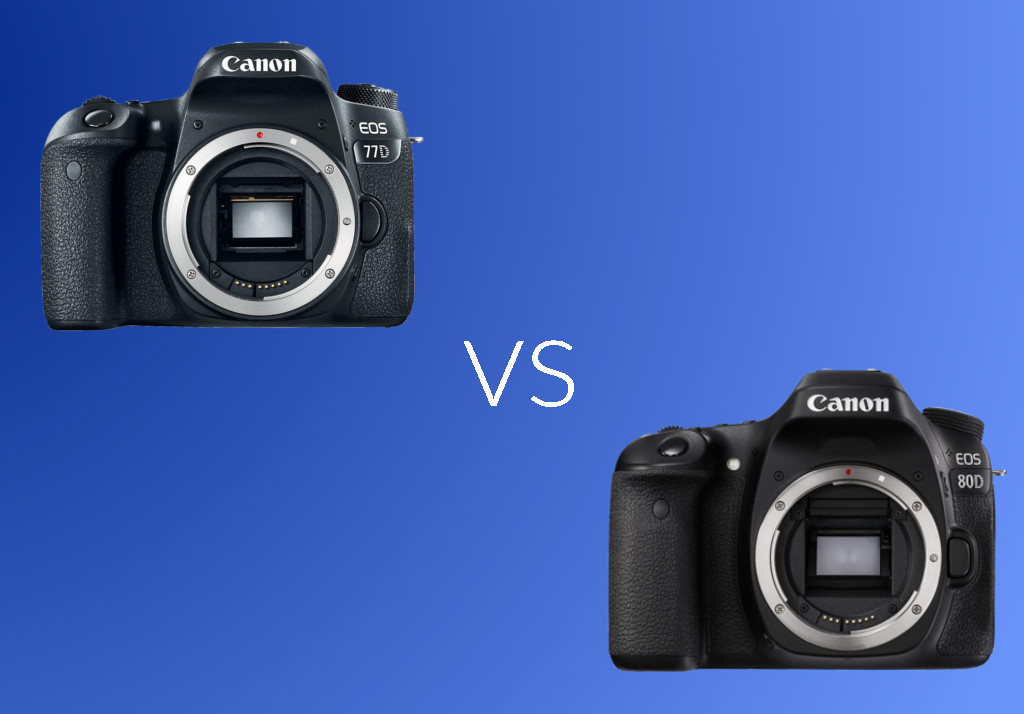 Overall, 80D has a bit more advanced specs than 77D, but not too significant. On the market, the price of 80D is also more expensive than 77D. Before making a choice, you need to understand how you will use your camera. For standard uses, there are no much differences between these cameras. With a better specs, Canon 80D can handle more photography needs than 77D. Especially if you need a camera to take the pictures of moving objects like sport events. Not as good as, for instance, Canon 5D Mark III which has a full frame sensor. As least your job will get easier compared to when you use 77D.

Take a look at the table we have created below to compare the specs of these two cameras.

Canon 77D was developed to be a replacement of 760D. This camera uses the same sensor resolution as its predecessor, but there is an improvement added by Canon. 77D uses a new 24.2-megapixel CMOS sensor with Dual Pixel CMOS AF instead of Hybrid CMOS AF III which is used by 760D. In addition, 77D also uses a new image processor. While Canon 760D uses DIGIC 6, Canon 77D uses DIGIC 7. There is also an improvement on the autofocus point number from previously only 19 to 45.

Same as Canon 77D, Canon 80D also comes with some new improvements to its predecessor 70D. One of the most significant improvements is the sensor resolution which is now 24.2 MP from previously only 20.2 MP. Canon 80D also uses a newer image processor from DIGIC 5 to DIGIC 6. Canon has also increased the autofocus point number of 80D from 19 to 45. The same enhancement as 77D.

Other than specs we have covered above, hardly any difference between these two cameras. The only difference probably is that Canon 77D has a Bluetooth while Canon 80D doesn’t have one. But you can take advantage of Wi-Fi which is available on both cameras to communicate with smartphone via Cannon Camera Connect app.

On the screen section, these two cameras offer precisely the same specs. They offer a 3-inch articulated screen which also supports touch operation with the same resolution, 1040000.

The maximum video resolution these cameras can record is 1920 x 1080 with the frame rates of 60 fps, but both cameras offer additional video recording features which will be a good news if you love recording videos. The features we meant are built-in HDR and time-lapse. Using built-in time-lapse feature, you can create a time-lapse video without needing to buy additional gear. The matter of battery life, 80D is slightly better than its brother. On a single charge, you can use it to take about 960 photos while 77D is only capable of taking about 600 photos per charging. Other handy features offered by these cameras include histogram, live autofocus, dust cleaning, mirror lockup and so on.

Both Canon 77D and Canon 80D have the same sensor resolution as well as crop factor (1.6), but there is a slightly difference the matter of size. The sensor of 80D is about 2 percent bigger 77D. We have created the image below to make it easy for you to compare the sensor size of these two cameras. 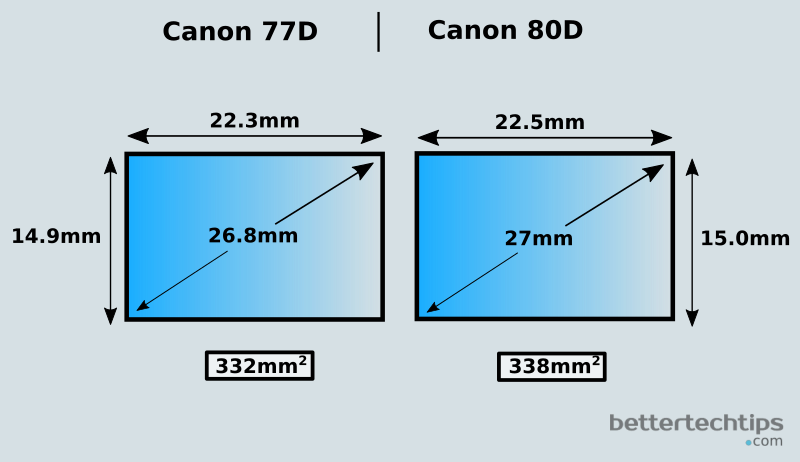 Canon 77D and Canon 80D have the similar design with a LCD on the top side of their body. Overall, the body of Canon 80D is larger than 77D. Take a look at the images we have created below to compare the body dimension as well as the weight of these two cameras. 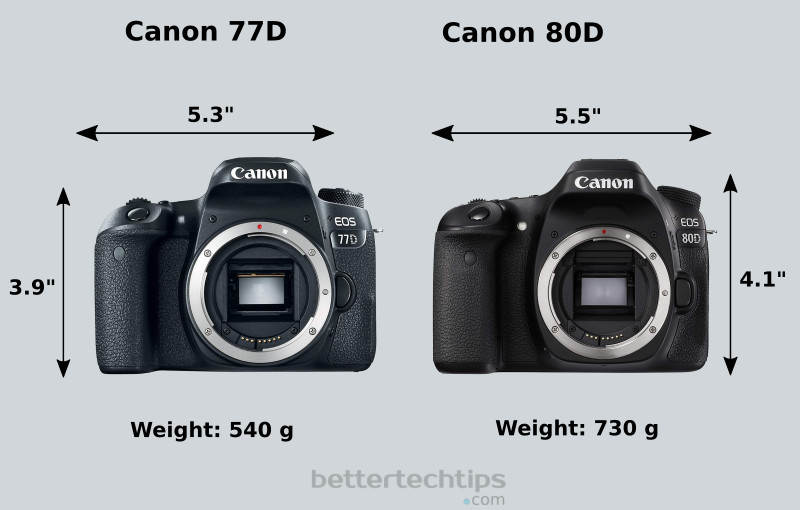 You know what a camera is used for. Yes right. To take photos. As long as camera is capable of generating good quality photos, it is worth-buying. No matter the specs it has. As mid-range DSLR cameras, both 77D and Canon 80D are capable enough of handling lots of photography needs. But, what are the results look like?

As usual, we have selected some of the examples of the photos taken using Canon 77D and 80D from Pixabay to save you time for conducting a research. One thing, in addition to sensor, there are several other factors affecting the image quality generated by a camera. Two of which are the used lens and the applied settings. You can read the EXIF data which we included to figure out the lens type and settings used on each photo below.

Overall, there are no significant differences between Canon 77D and Canon 80D although 80D has a longer shutter speed range and more frame rates, which also means that 80D is slightly better than 77D at photographing moving objects. Just because of this, 80D has a more expensive price than 77D.

Given that there are no significant differences in terms of specs between Canon 77D and 80D, you need to be very wise in choosing.

Both Canon 77D and 80D have an equivalent quality and capabilities. They, respectively, earned the score of 78 and 79 during the DxOMark tests. The only advantage of Canon 80D over 77D is that 80D is slightly better at photographing moving objects. One more thing. It also has a longer battery life. Overall, these two cameras are relatively equivalent.