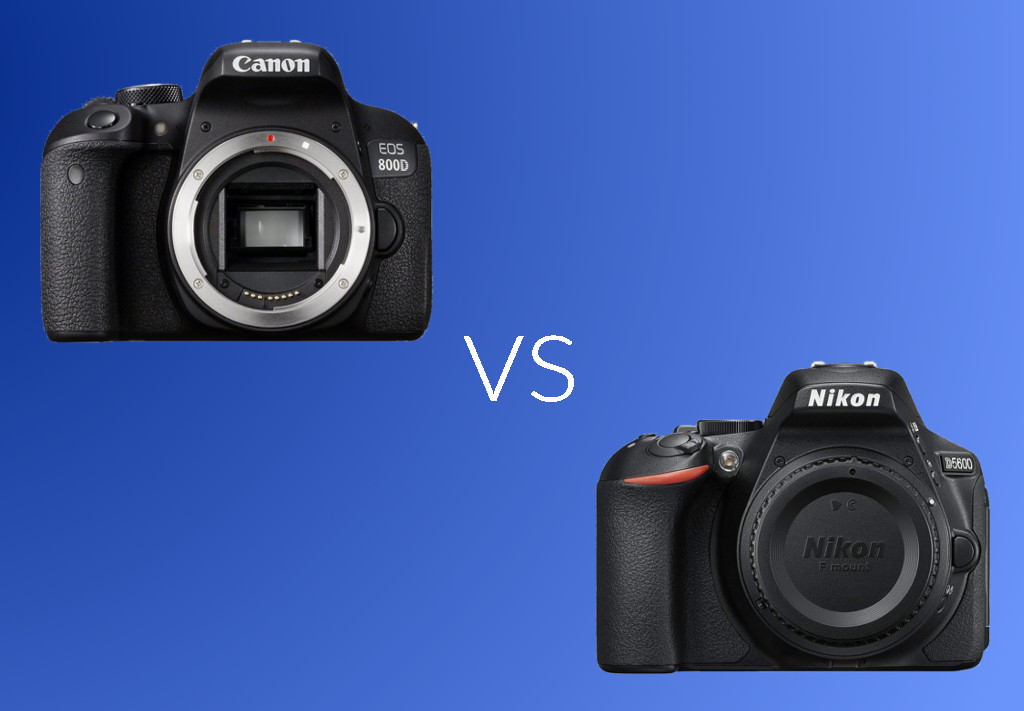 As entry-level cameras, Canon 800D and Nikon D5600 offer standard specs. Not too high, but capable enough for handling lots of photography needs. Nikon D5600 itself is the successor of D5500, but Nikon only add minor changes. One of which is Bluetooth which previously not available.

The overall specs of Canon 800D and Nikon D5600 are equivalent enough. To figure out which is the better between these two cameras, let’s start by taking a look at the table below to compare the specs they offer.

Canon 800D itself is probably the best entry-level DSLR camera from Canon with the best specs for photographing moving objects.

Both Canon 800D and Nikon D5600 offer an articulated screen which also support touch operation. These two features have been a norm on digital cameras these days. While they might not too crucial since don’t affect the image quality at all, you will need them on certain situation. Say you want to take a picture of an object from an extremely low angle, a camera with an articulated screen can help a bit since you don’t need get on your knee or even lay on your stomach. For taking a picture from an extremely low angle, you can also take advantage of the live autofocus feature which is also available on Canon 800D and Niko D5600.

Features like exposure bracketing and white balance bracketing are available on both Canon 800D and Nikon D5600. They also offer Wi-Fi and Bluetooth for wireless photo transfer via Canon Camera Connect and SnapBride apps.

The matter of video recording capability, there are some interesting features offered by Canon 800D and Nikon D5600. These two cameras have a built-in time-lapse movie feature. Canon 800D even also has a built-in HDR. The maximum video resolution these camera can record is 1920 x 1080 with the frame rate of 60 fps. 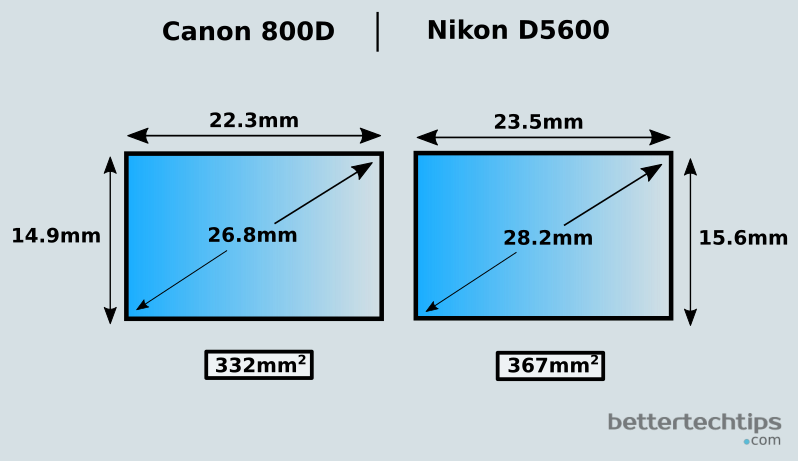 Overall, the body of Canon 800D is slightly larger than Nikon D5600. It also has a slightly heavier weight. We have created the image below to allow you to compare the body dimension between Canon 800D and Nikon D5600 more easily. 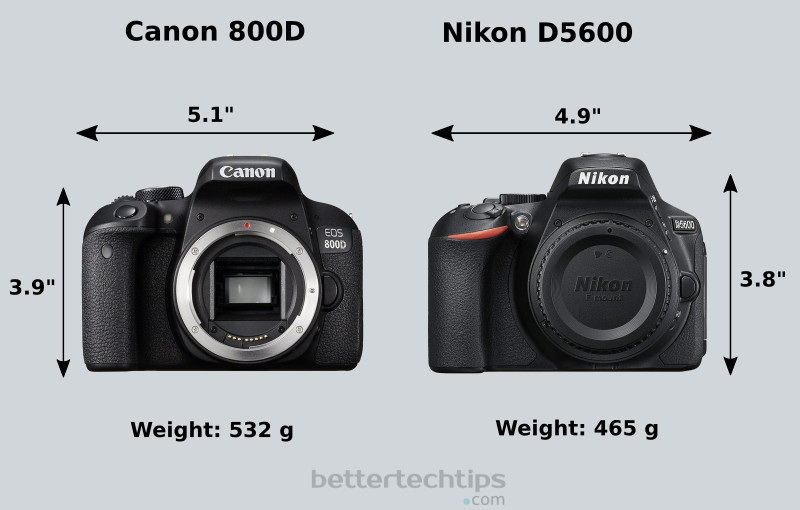 You have probably known which camera you want to buy. To get you be more convinced, we have also selected the examples of the photos taken using Canon 800D and Nikon 5600. All photos below were taken from Pixabay.

As you have probably known, sensor is not the only factor affecting the image quality generated by a camera. Lens and the applied settings also play a role in determining the quality of the photo you take. That is why we have also added the EXIF data so you can see the applied settings on each photo. In addition, you can also guess the lens type used on each photo by seeing focal length on the EXIF data below.

800D is one of the best entry-level DSLR from Canon. Although aimed at beginner photographers, 800D comes with the capable enough specs for handling lots of photography needs. One of the advantages of Canon 800D over Nikon D5600 is that it is better to take the pictures of moving objects thanks to 45 autofocus points it offers.

Nikon D5600 is also a great entry-level DLSR. It has a good enough reception. In 2017, this camera earned the Best DSLR Entry Level award at the TIPA Awards, sponsored by the Technical Image Press Association. One of the advantages of Nikon D5600 over Canon 800D is that Nikon D5600 has a slightly larger sensor size. In addition, Nikon D5600 also has a longer battery life. Although categorized as an entry-level camera, be it Canon 800D or Nikon D5600 comes with a nice capability regarding the video recording, especially if you love making a time-lapse videos. These two cameras have a built-in time-lapse feature.