HomeCameraCanon M6 vs Nikon D5600. Which Camera You Should Buy? 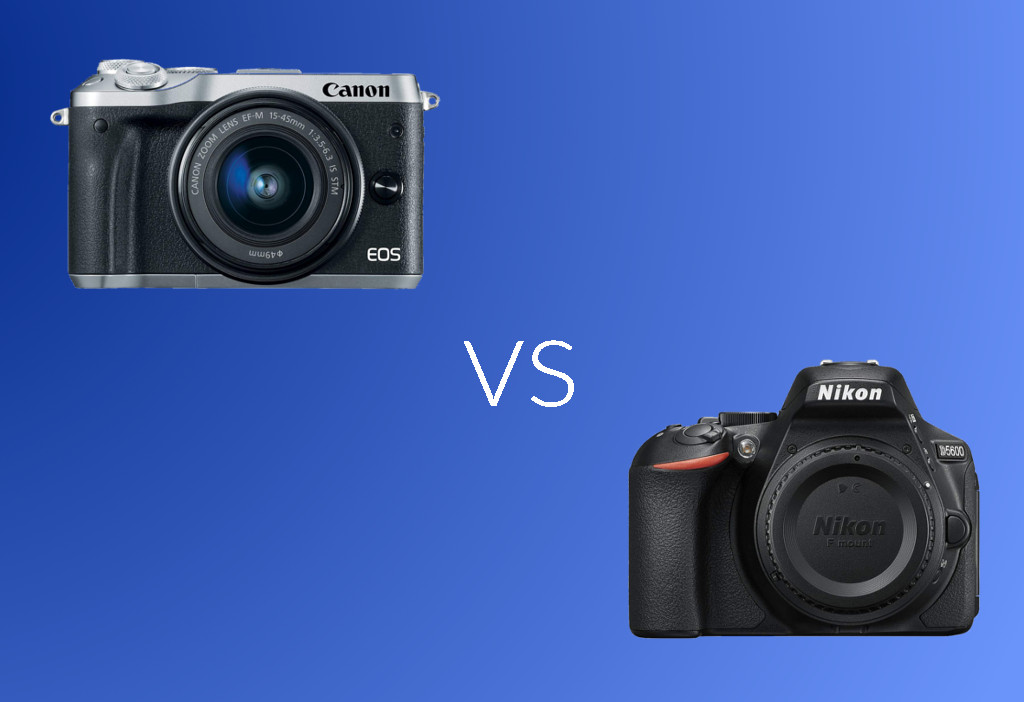 Since Canon M6 is a mirrorless camera, it has obviously a smaller body than Nikon D5600. The matter of sensor, there is no significant difference between these two cameras although the sensor of Nikon D5600 is slightly larger.

Before you make a decision which camera you should buy, let’s make an analysis toward these cameras first, starting from the specs.

You might think that Canon M6 is a better suited camera for traveling since it has a smaller body, which also means that it is easier to carry around. You can drape the Canon M9 to your neck without feeling too much loads. The problem is that you have to bring more backup batteries since Canon M6 is only capable of capturing about 295 photos per charging. Much fewer than Nikon D5600 which is capable of capturing about 970 on a single charge.

The rest, there are no much differences between Canon M6 and Nikon D5600. They both offer the same ISO range and shutter speed range of 100 – 25600 and 1/4000 – 30.0, respectively. In theory, Canon M6 is a better camera to take the pictures of moving objects since it is equipped with more autofocus points and more frame rates. Canon M6 has the autofocus of 49 while Nikon D5600 has only 39. Compared to other mirrorless camera models, the autofocus points offered by Canon M6 are actually far fewer. Sony A5100 for instance. This affordable mirrorless camera from Sony has the autofocus points of 179. Not to mention more expensive models like Sony A7S II and Sony A6300.

Almost forget. Another big difference between these two cameras is the viewfinder. Since Nikon D5600 is DSLR camera, it has an optical viewfinder while Canon M6 has no viewfinder so you have to rely on the screen to aiming at the target. Just in case you didn’t know, viewfinder is the integral part of a DSLR system.

Be it Canon M6 or Nikon D5600 offers both Bluetooth and and Wi-Fi for wireless photo transfer. On Nikon, you can use the SnapBridge app to transfer photos from camera to smartphone/tablet, while Canon offers Canon Camera Connect with the same functionality. Canon M6 and Nikon D5600 are less suited if the major activity with your camera is recording videos since they are only capable of recording videos with the maximum resolution of 1920 x 1080, with the same frame rates of 60.

When reading camera specs, sensor should be the first aspect you look at before switching away to another specs. The reason is because is it the main component of camera. In theory, a larger sensor is always better than smaller sensor since a larger sensor has a better low-light sensitivity. In addition, larger sensor also offers wider dynamic range as well as richer color-depth. 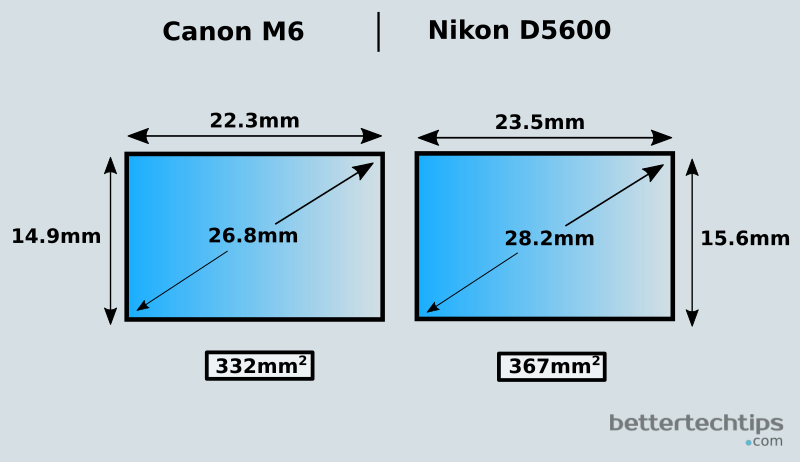 Clear enough. Canon M6 has a more compact body than Nikon D5600 due to the absence of the mirror component. But, how far is the gap?

We have also created the images below to makes it easy for you in comparing the dimension of these two cameras, including the weight. 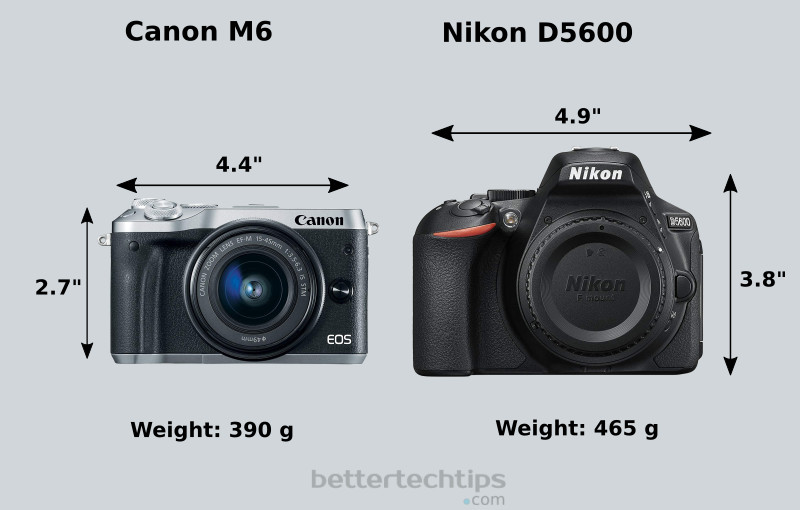 Comparing the examples of the photos taken using certain cameras can be a reasonable thing to do to compare two cameras. But as a photographer, you must also know that there are some factors determining the the quality of a photo. In addition to the sensor of the camera you use, the used settings also play a role. The lens you use also affect the end results of the photos you create.

Since Canon M6 and Nikon D5600 adopt different system, mirrorless and DSLR, no wonder if you see several differences here and there. Particularly the physical form. Canon M6, surely, has a smaller body than D5600. But we are pretty sure that body is not the aspect you notice most. You must already know about this.

Not only Nikon D5600 has a larger body than Canon M6, but it also has a larger sensor although the difference is not too significant. According to what’s on the paper, Canon M6 is a better camera for taking pictures of moving objects since it has more autofocus points as well as frame rates. The aspects where Nikon D5600 is better than Canon M6 (other than the larger sensor) is the battery life.

Seriously, it’s not an easy task to conclude which is the better between these cameras. Canon M6 is a good camera if you need a camera with a compact body to carry around. However, its small battery capacity can be a problem unless you don’t mind to carry backup batteries every time you go out for an outdoor photo session. One thing for sure, both Canon M6 and Nikon D5600 are less suggested if you will use your camera mainly to record videos since they have no capability or recording 4K videos.