HomeCameraCanon M6 vs Sony A6500: Which One You Should Buy? 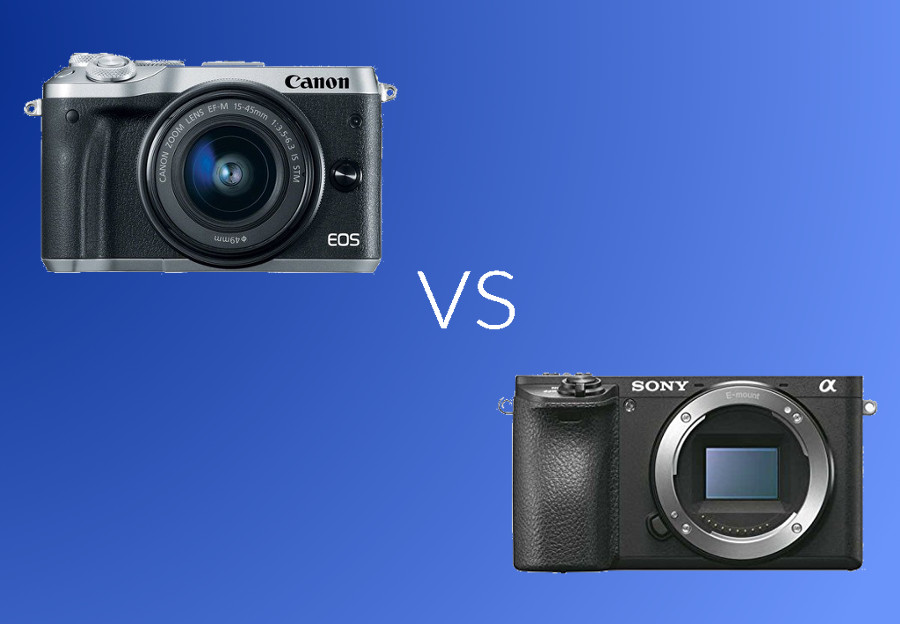 In February 2017, Canon announced a new model of its M series camera, M6. The camera then released two months later in April. M6 is a mirrorless camera with a compact body. If you are looking for a “take it anywhere” camera, Canon M6 is a perfect choice.

Meanwhile, A6500 is a mirrorless camera from Sony that was firstly announced in October 2016. Just like Canon M6, Sony A6500 also has a compact body, making it also an ideal camera to take it anywhere. The question then is, which is the better between them? Should you buy Canon M6 or Sony A6500?

Read on to find the answer.

Before making a conclusion which one is the better between those mirrorless cameras, take a look at the table below that shows the specs of the cameras.

One thing you need to know regarding the Canon M6 and Sony A6500. They are MILC camera. Typically, a MILC uses an electronic view finder instead of optical view finder. So, when taking photos using those cameras, you will rely on the camera screen to view the object you want to take the photos of.

As I said, Sony A6500 comes with a larger sensor size than Canon M6. This will affect the overall image quality when you take a deep investigation over certain photos taken using either Canon M6 or Sony A6500. As usual, I created a diagram to compare the sensor between Canon M6 and Sony A6500. 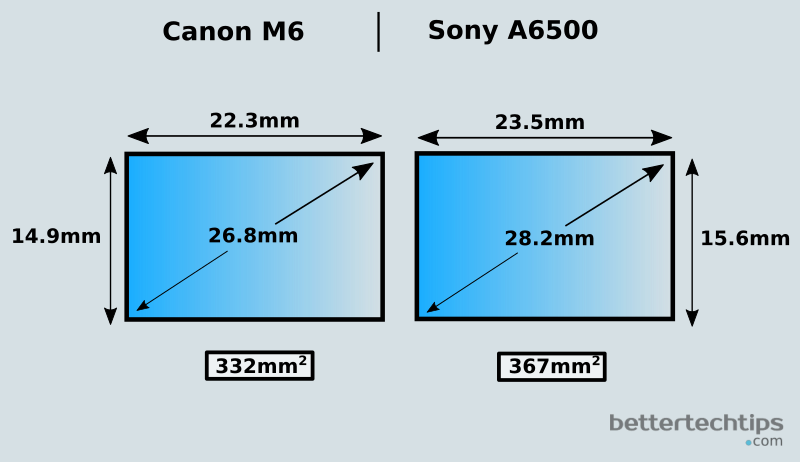 Both Canon M6 and Sony A6500 have a native aspect ratio of 3:2. Another thing to note is that Sony A6500 has a lower pixel density as well as larger individual pixels than Canon M6.

There are several online resources you can take advantage of to find certain photos by camera model. In this comparison, I used Pixabay to find photos taken using Canon M6 and Sony A6500.

Be it Canon M6 or Sony A6500 is a nice choice if you are looking for a “take it anywhere” camera due to the compact design. They are also lightweight enough. Sony A6500 is slightly heavier than Canon M6. 1 lbs compared 0.86 lbs. If you have enough budget, Sony A6500 is undoubtedly a better option.

Sony A6500 has a larger sensor than Canon M6. Sensor is the first technical aspect you have to consider when looking for a new camera since it is the most vital element of a camera. A larger sensor can produce a more detailed photos, especially for taking photos with shallower depth of field. A larger sensor is capable of generating photos with a better blurry effect. In addition to sensor, Sony A6500 is also better in terms of number of autofocus points. A camera with more autofocus points generates sharper photos when you use it to take the photos of landscape — like rice fields, tea plantation and the similar photos.