HomeCameraCanon Rebel SL2 vs Sony A6000. Which Camera You Should Buy? 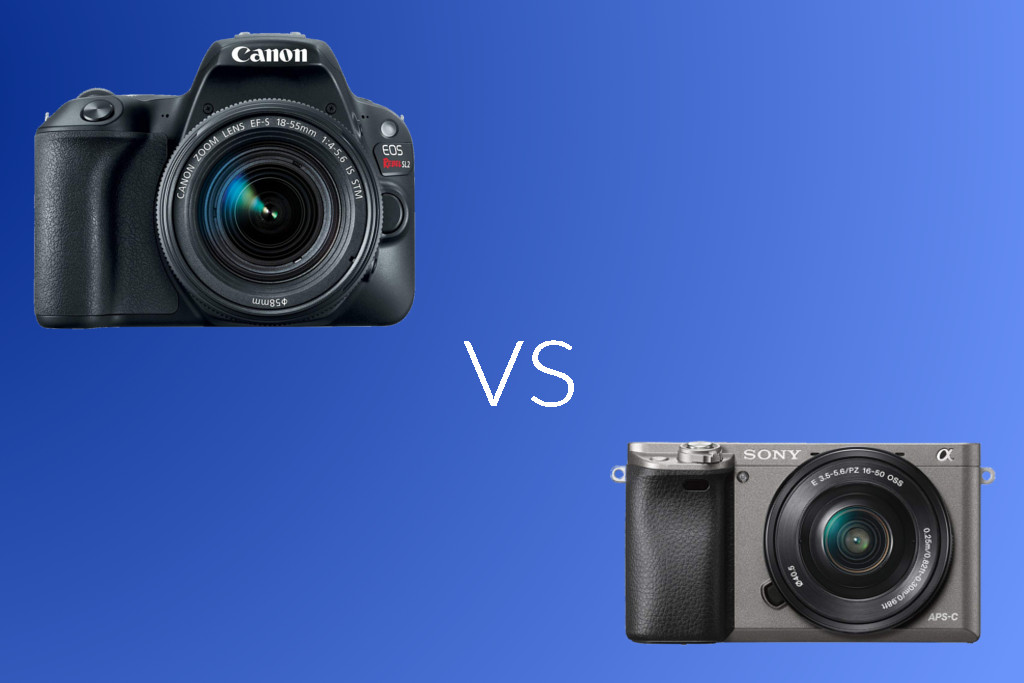 Meanwhile, Sony A6000 is a mirrorless camera aimed at professionals, experienced users, and enthusiasts. Same as Canon Rebel SL2, Sony A6000 also has a compact body. One of the advantages of Sony A6000 is that this camera comes with a fast autofocus performance. Sony even once advertised this cameras as a camera with the world’s fastest autofocus.

Canon Rebel SL2 and Sony A6000 are different systems so you will find lots of differences when comparing them. Despite its smaller body, Sony A6000 has a slightly larger sensor than Canon Rebel SL2. We are going to discuss about the sensor of these cameras later, but first let’s take a look the specs and features they have.

Canon Rebel SL2 is a 24.2 MP camera that uses DIGIC 7 as the image processor while Sony A6000 uses Bionz X as the image processor. Regarding the specs, no camera is superior over each other. Although Sony A6000 has a slightly larger sensor than Canon Rebel SL2, the overall specs of these cameras are not much different because they are basically the entry-level cameras.

Nothing special offered by these two cameras regarding video recording capability. They are only capable of recording videos with the maximum resolution of 1920 x 1080 / 60 fps. Both cameras offer Wi-Fi feature for wireless photo transfer. Using this feature, you can instantly transfer the the photos you took to smartphone/tablet for an instant use like social media post. In addition to Wi-Fi, Canon Rebel SL2 also offers Bluetooth. Other features offered by these two cameras include exposure bracketing, while balance bracketing and histogram. 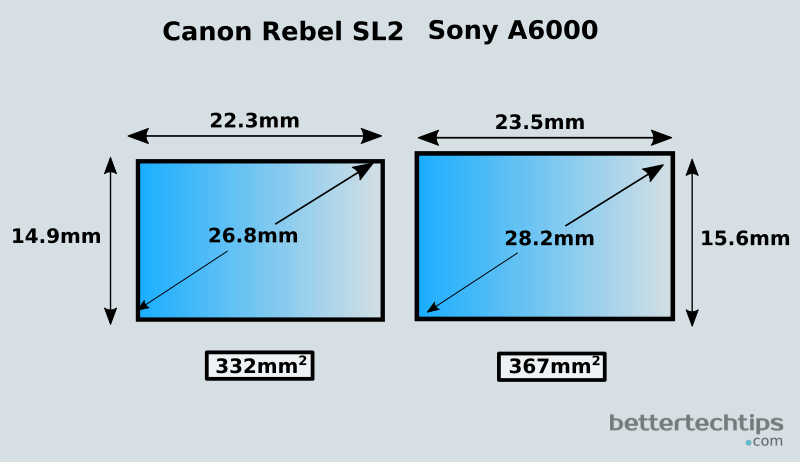 Canon Rebel SL2 is a DSLR camera while Sony A6000 is a mirrorless camera so you know which camera has a bigger body. Take a look at the images we created below to figure out how far the difference between the body of Canon Rebel SL2 and Sony A6000. 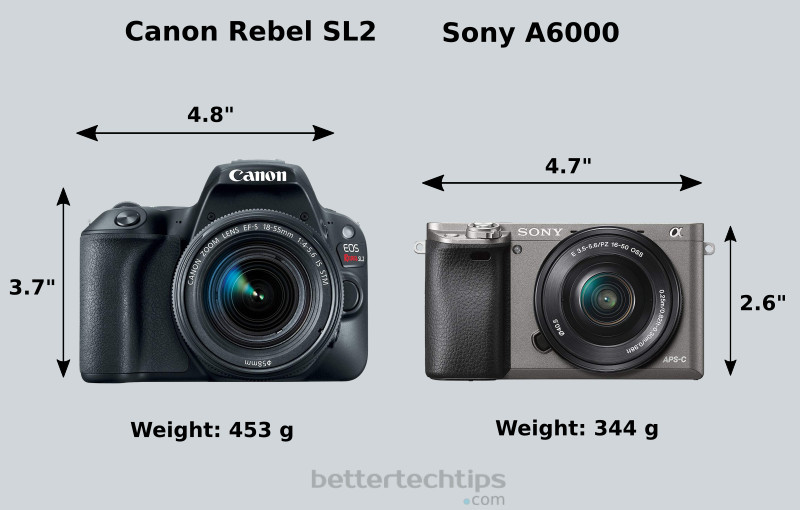 In case you are curious about the image quality generated by Rebel SL2 and Sony A6000, we have taken some examples from Pixabay as shown below.

In order to allow you identifying the lens type and applied settings, we have also added the EXIF data of each photo below. Just take a look.

Canon Rebel SL2 and Sony A6000 are different systems so no wonder if you will some differences here and there. Physically, it’s clear that Sony A6000 has a more compact design since it is a mirrorless camera. Even so, Canon Rebel SL2 actually has a compact enough body as well. As mentioned on the beginning of this article, Canon Rebel SL2 is one of the DSLR cameras from Canon — other than SL1 (100D) — that has the smallest body.

One of the advantages of Sony A6000 over Canon Rebel SL2 is that is has a better autofocus performance. Overall, Sony A6000 is better for taking the photos of moving objects. In addition to has a better autofocus points, it also has more frame rates with the comparison of 11 and 8. As a mirrorless camera, Sony A6000 has a shorter battery life than Canon Rebel SL2. This is reasonable since a mirrorless camera has more electronic components need to be fired up when in use, including viewfinder. If you don’t mind to carry backup batteries when doing a photoshoot (especially outdoor), we think that Sony A6000 is a more recommended item.