Nikon D850 vs Sony A9: Which Full Frame Camera is The Better?

HomeCameraNikon D850 vs Sony A9: Which Full Frame Camera is The Better?

Nikon D850 vs Sony A9: Which Full Frame Camera is The Better? 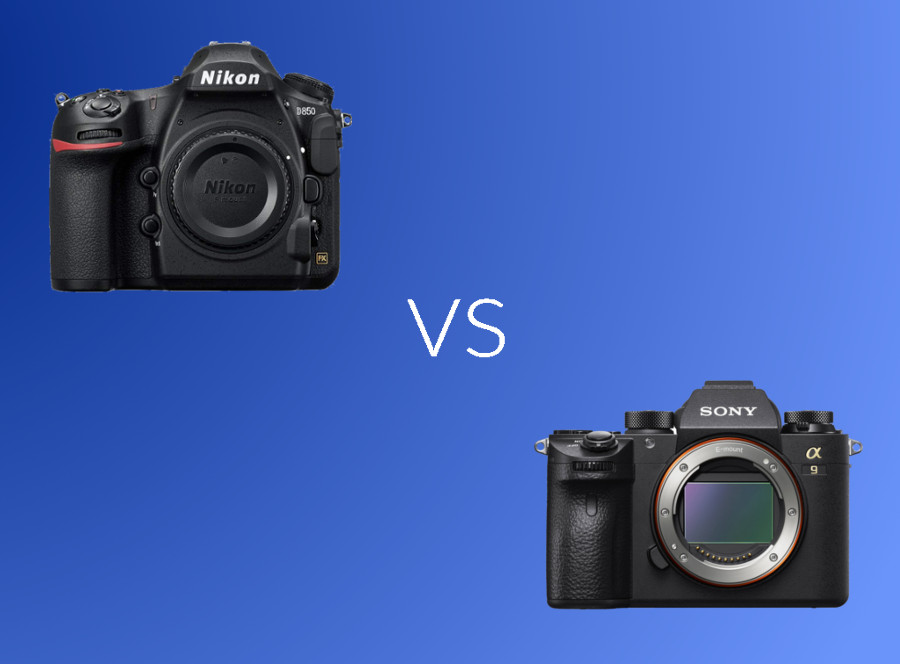 Two camera models you have to add to the “cameras to consider” list if you plan to buy a full frame camera: Nikon D850 and Sony A9. But first, a fundamental thing you need to know. They adopt a difference system. Nikon D850 is a DSLR camera while Sony A9 is a mirrorless camera. Speaking of quality, there is no doubt about Nikon D850 and Sony A9. The two are one of the best models on their segment.

Nikon D850 — which earned the score of 100 on the DxOMark test — is one of the best DSLR cameras existing today. So is Sony A9. It is one of the best mirrorless cameras from Sony. As the cameras that are designed for professional needs, both Nikon D850 and Sony A9 are equipped with high enough specs and more advanced features. By the time this article is written, be it Nikon D850 or Sony A9 is still relatively new. They were released, respectively, on August 2017 and May 2017.

Nikon D850 and Sony A9 are two of the best full frame cameras existing today, so there will always be a comparison between them although they are basically different systems. Nikon D850, due to the existence of mirror component, has a larger body than Sony A9. Let’s find out which is the better between these two full frame cameras.

As usual, the first aspect we are going to compare is the specs and features. We have created the table above so you can compare the specs of Nikon D850 Sony A9 way more easily. In some sections, Nikon D850 is better than Sony A9. Conversely, Sony A9 offers better specs on certain sections. Nikon D850 and Sony A9 have several things in common. For instance, be it Nikon D850 or Sony A9 is equipped with a Wi-Fi feature to allow you transfer photos to smartphone/tablet more easily without involving any cable or releasing the memory card.

On the shutter speed range section, Sony is the winner. You can set the shutter speed up to 1/32000. With a proper triangle exposure setting combination, it would be useful for photographing moving objects. Speaking of photographing moving objects, Sony A9 also offers more autofocus points than Nikon D850: 693 compared to 153. Also, Sony A9 is also capable of capturing more photos on a single shutter press on the continuous shot mode.

There are at least two sections where Nikon D850 is better than A9. They are battery life and monitor. On a single charge, Nikon D850 can be used to take about 1840 photos, compared to Sony A9 which only capable of capturing about 650 photos. The gap is almost threefold.

You might will love this one. Be it Nikon D850 or Sony A9 is capable of recording 4K videos (3840 x 2160). They also also have the same frame rates of 30 fps. One difference, Sony A9 offers video stabilisation feature while Nikon D850 doesn’t. In addition to Wi-Fi for wireless communication, both Nikon D850 and Sony A9 also offer a Bluetooth.

Nikon D850 and Sony A9 have a full frame sensor, meaning that they have a large sensor which is great for any sort of photography needs. The sensor of Nikon D850 is slightly larger, but the difference is not too significant. Only 1 percent. The sensor of these two cameras have the same crop factor of 1.0. 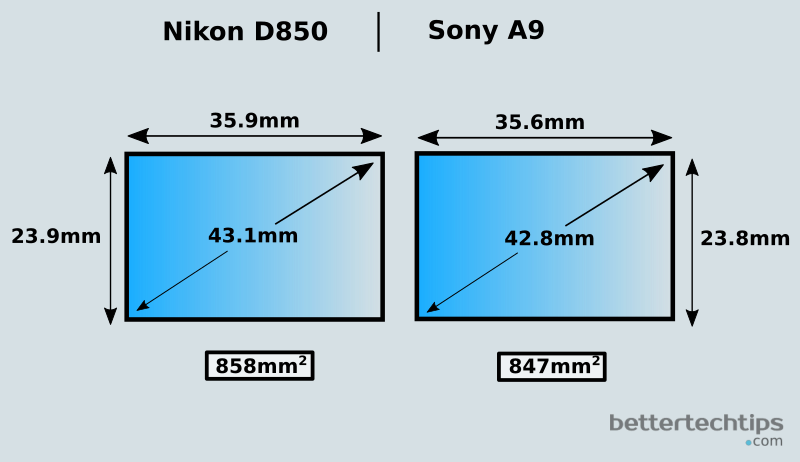 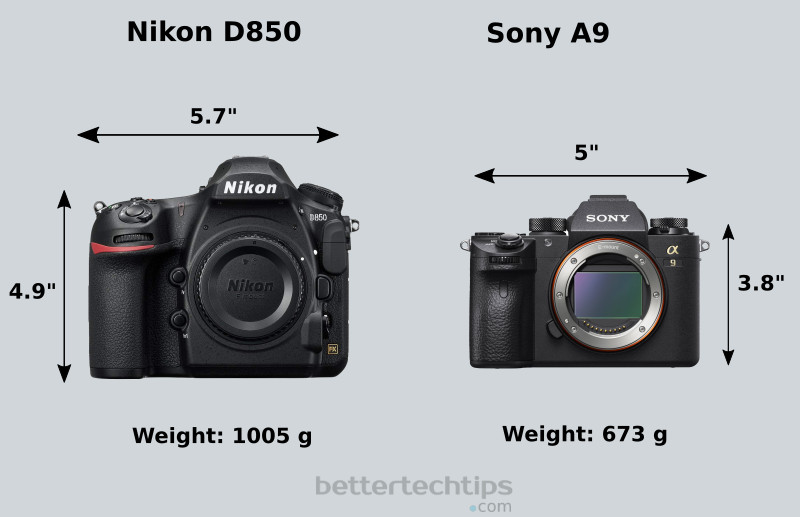 Despite its small body, Sony A9 offers a viewfinder in case you are the member of photographers who can’t live without this feature. Just keep in mind that all mirrorless cameras use an electronic viewfinder instead of optical viewfinder like DSLRs.

There are a bunch of websites you can take advantage of to find the examples of photos taken using certain cameras, including Pixabay. The good thing about Pixabay is that you can filter the photos based on camera model. In case you don’t have enough time to find the examples of the photos taken using both Nikon D850 and Sony A9 but need ones, we have selected the best examples below.

We also added the EXIF data so you can guess the lens used on each photo by seeing the focal length. As you know, in addition to sensor, lens also plays a vital role in determining the quality of the photos.

The hardest part of comparing two cameras is deciding which is the better between them. Every photographer has their own parameters to pick which is the camera they eventually want to buy. Be it Nikon D850 or Sony has a high score on DxOMark. They also have high enough specs, but there are some details differing them.

If you prefer a camera with a compact design for traveling then the choice is clear, Sony A9. However, you have to carry a backup battery to be able to take more photos since one battery is only capable of capturing about 650 photos from fully charged. On the other hand, the battery of Nikon D850 is capable of capturing up to 1,840 photos on a single charge, which is great for traveling although this will make your bag be a bit heavier. Overall, the capability of these cameras are not much different. They can cover nearly all kind of photography needs thanks to the full frame sensor.