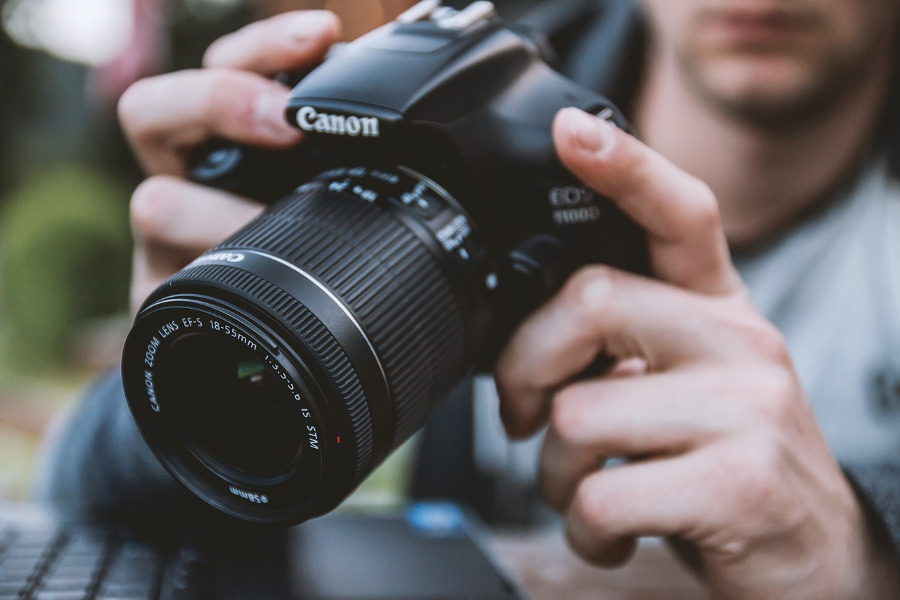 Wi-Fi in a DSLR camera is a useful feature that allows you to quickly share the photos you took to Wi-Fi enabled devices, primarily smartphone. Today, some newer DSLR models — like Canon 200D —  has this feature. If this feature is matter to you, read on. I have made an online research to put together some affordable DSLR cameras that have Wi-Fi feature.

When it comes to DSLR camera, Canon and Nikon are still the most-mentioned names. Regardless the massive growth of mirrorless cameras, both Canon and Nikon still focus DSLR lines. The two still regularly develop the existing DSLR models they have. For instance. Canon just released Canon 200D last year. It is the evolved version of the previous Canon 100D which was released in 2013. Canon added Wi-Fi and other new features to 200D.

Same as Canon, Nikon is also still developing some of its existing DSLR models. In July 2017, the camera manufacturer released Nikon D850, which is projected to replace Nikon D810. Nikon D850 also has a Wi-Fi feature. In case you are looking to buy a new DSLR camera and prefer the one that has Wi-Fi, following are some models you can consider.

Canon 750D is a nice DSLR you can buy if you want to go to the next step on your photography level. Canon released 750D (or also known as Rebel T6i) as an entry-mid-level. This camera stands between Canon’s entry level DLSLs like Rebel T6 and Canon’s professional DSLRs.

750D announced by Canon on February 2015. It is projected to be the replacement of 700D. Canon added some new features on 750D which are previously unavailable on 700D, including Wi-Fi to allow you quickly share the photos you took to smartphone for an instant use like social media post and something similar. 750D is a part of Canon EOS three-digit line.

By the time Canon announced Rebel T6i, it also introduced another entry-mid-level DSLR, 760D or also known as Rebel T6s. You might me wondering, what’s the difference between them?

The core features and specs between Rebel T6i and Rebel T6s are basically the same. They both are equipped with a 24.23-megapixel sensor. But, there are are features offered by Rebel T6s that are not available on Rebel T6s, as follows.

Due to the features above, Rebel T6s is sold a bit higher than Rebel T6i.

200D is another entry level DSLR camera offered by Canon. Also known as Rebel SL2, this camera has a higher specs than 1300D. This camera has a 24-megapixel sensor, compared to 1300D’s 18-megapixel. 200D also features a Wi-Fi to allow you share photos from your camera to smartphone or other Wi-Fi enabled devices instantly. Canon 200D itself is the successor of 100D. This camera was announced by Canon on February 2017 so it’s relatively new. In addition to Wi-Fi, Canon 200D also has a Bluetooth. 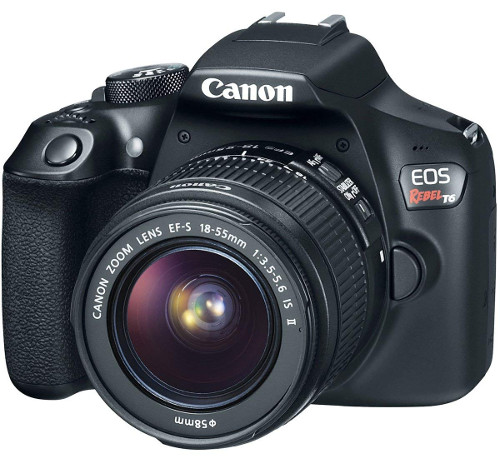 On the market, Canon 1300D is being involved on the serious competition with Nikon D3400. The two are the closest competitors although Nikon D3400 basically has a larger sensor size. However, there is a feature offered by Canon 1300D (also known as Rebel T6) that is not available on Nikon D3400. The feature is Wi-Fi. Even so, Nikon D3400 offers Bluetooth so you will keep be able to transfer photos from camera to smartphone wirelessly. You need to install SnapBridge app in order to do so (you can read the Nikon D3400 vs Canon T6 article to get a more detailed comparison)

Canon Rebel T6 itself is the successor of Rebel T5 (1200D). A huge improvement added to Rebel T6 are Wi-Fi and NFC. These two features are not available in Rebel T5. The downside of Rebel T6 (as mentioned) is that it comes with a small sensor. Only 18-megapixel.

In addition to D3400, Nikon also has other entry level DSLR camera in the self of D5600. Compared to D3400, D5600 has a higher specs and more features. The sensor size is same, 24-megapixel, but D5600 has more autofocus points which is useful for taking photos of moving object. Also, D5600 has a Wi-Fi while D3400 doesn’t have one. You can use this feature to share photos from camera to smartphone using SnapBridge app offered by Nikon. D5600 itself was announced by Nikon in November 2016. The sensor of this camera gets the score of 84. Better than Canon 750D. Nikon D5600 is the successor of D5500.

As mentioned above, Nikon D5500 is the predecessor of D5600. This camera was announced by Nikon in January 2015. Technically, Nikon didn’t add too much improvements to D5600. The only new feature added to Nikon D5600 is Bluetooth to allow you share the photos from camera to smartphone wirelessly via SnapBridge. However, you can also do the same thing (share photos wirelessly) on D5500 thanks to the Wi-Fi feature. D5500 has an articulated screen as well as touch screen display.

Another DSLR camera from Canon that can be a nice option for going to the next step on your photography level. Canon 77D is a semi-professional DSLR camera you can buy to replace Canon’s entry level DSLRs you have. This camera has a 25.5-megapixel that is capable of capturing better photos, at least when compared to Rebel T6 and other Canon’s entry level DSLRs. This camera also has a Wi-Fi feature to allow you share the photos from camera to smartphone wirelessly. On DxOMark, the sensor of this camera gets the score of 78. This camera itself was announced by Canon in February 2017. If you love to take photos from an extremely low angle, you will probably love the live autofocus point offered by this camera. While the articuled screen allows you to take photos of yourself (selfie). 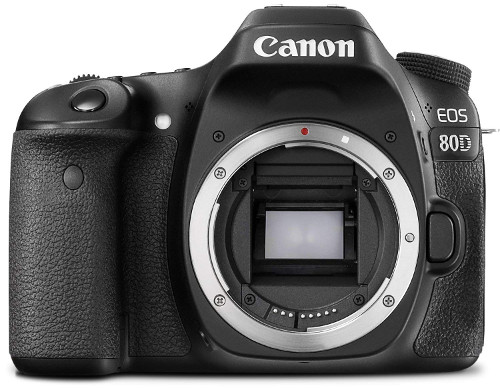 On February 2018, Canon announced a new camera, 80D. This camera is projected to replace its predecessor 70D. 80D is categorized as a semi-pro DSLR. You can also buy it if you want to level-up from beginner photographer to intermediate photographer. This camera has a 25-megapixel sensor. Same as 77D above. Thanks to its Wi-Fi feature, you can also share your photos from camera to your smartphone without neither releasing the memory card nor plugging in any cable. This camera also comes with an articulated, touch screen display in case these features matter to you.

All DSLR cameras above are entry levels as well as entry-mid-levels. Meaning that they are tend to ideal for beginner photographers to intermediate photographers although there will be no sin for anyone, including professional photographers, to buy one of them.

In case you are a professional photographer and is looking for a new professional-grade camera and Wi-Fi is the feature you consider the most, Nikon D850 is one of the camera models you can consider. It is a full-frame DSLR camera that has a 45-megapixel sensor. According to DxOMark, the sensor of Nikon D850 is perfect as it gives the score of 100!. According to Nikon, D850 the first full frame camera to achieve that point. In addition to Wi-Fi, you can also share photos to smartphone or tablet wirelessly via Bluetooth. You will also need to install SnapBridge app before being able to do so. 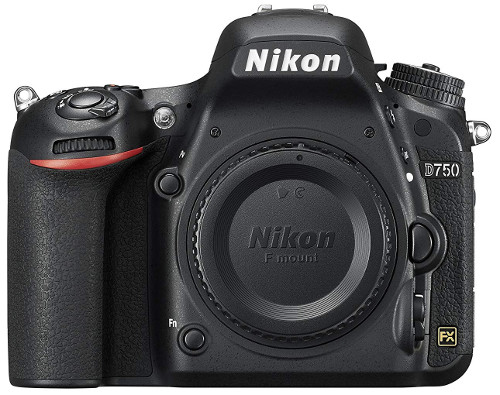 I know, the price of Nikon 850 above is too expensive. If you really need a full frame DSLR and prefer a more affordable DSLR then D750 can be an alternative. This camera was announced in September 2014. It also features a Wi-Fi to allow you transfer photos from camera to smartphone wirelessly. According to Nikon, D750 is the first full-frame DSLR with an adjustable screen. D750 itself comes with a 24-megapixel sensor. This camera gets the point of 93 in DxOMark.