Fujifilm X-A3 vs Sony A5100: Specs and Photo Comparison

HomeCameraFujifilm X-A3 vs Sony A5100: Specs and Photo Comparison

Fujifilm X-A3 vs Sony A5100: Specs and Photo Comparison 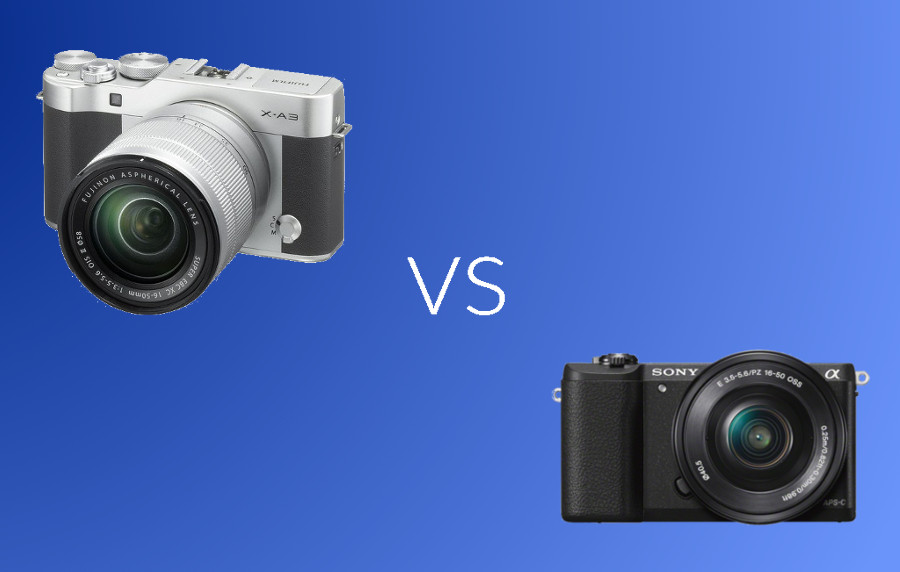 Fujifilm and Sony are two camera manufacturers that have plenty enough mirrorless camera models. One of Fujifilm’s mirrorless cameras is X-A3 that was announced in August 2016. One of its competitors, Sony A5100, was released earlier in the same month in 2014. So technically, Sony A5100 is the Fujifilm X-A3’s senior.

Both Fujifilm X-A3 and Sony A5100 are mirrorless interchangeable lens cameras (MILC), meaning that you can replace the lens to tailor your need. They feature an APS-C sensor, with the same size.

X-A3 is the first X-mount camera that has a 180-degree LCD screen. Due to this, it is a suitable camera for those loving taking a selfie. And indeed, the camera is aimed at selfie lovers with new face detection and eye detection autofocus modes, which help you get sharper results when taking selfies. So is Sony A5100. It also comes with an articulating display so taking a selfie with this camera is not a problem.

Following is the comparison table of the specs of Fujifilm X-A3 and Sony A5100.

I created the table above to makes it easy for you to compare the specs of Fujifilm X-A3 and Sony A5100. As you can see, they have the same sensor size. In addition, there are several other points in which they have things in common. For instance, be it Fujifilm X-A3 or Sony A5100 offers 100 – 25600 ISO range. They also come with the same aspect ratio (3:2).

Fujifilm X-A3 comes with a retro design concept. It is made of mixed materials (mixed metal/plastic, faux leather), while Sony A5100 is made of purely plastic. Please note that you won’t be able to find a viewfinder neither on Fujifilm X-A3 nor Sony A5100 so you will rely on screen to aiming at the target. Thankfully, both cameras feature a live autofocus so aiming at the focus point of the target is pretty much easy. Also, the touch display feature offered by those two cameras is handy in helping you deciding the focus point. 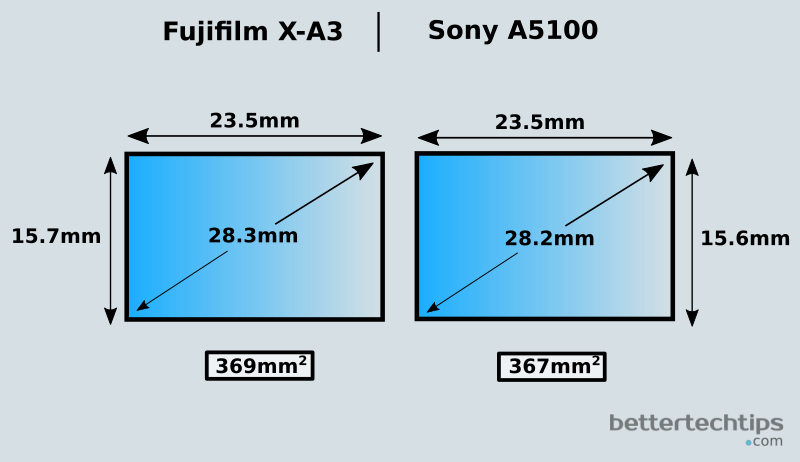 Fujifilm X-A3 and Sony A5100 are APS-C based camera so their respective lenses will tend to have similar dimensions and heft. Probably, Fujifilm X-A3 has a slightly heavier weight because its body contains metal material. When it comes to battery life, Fujifilm X-A3 is slightly better. From the fully-charged, you can use Fujifilm X-A3 to take about 410 photos, compared to 400 when using Sony A5100. 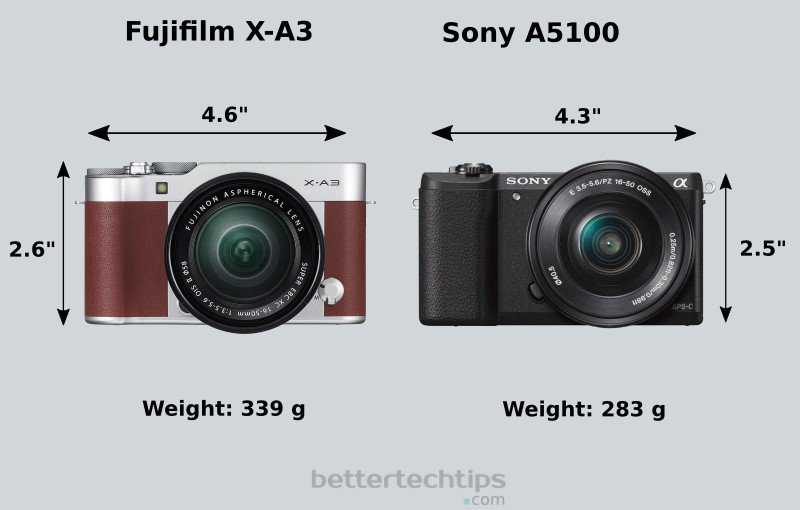 There are tons of free photos on Pixabay taken using either Fujifilm X-A3 or Sony A5100. This website (Pixabay) allows you to find photos by camera model. So, to find the examples of photos taken using both camera I taken advantage of the website.

If you can’t live without a camera and always take a camera wherever you go, be it Fujifilm X-A3 or Sony A5100 can be a nice option. Just like the vast majority of other mirroless cameras, both cameras have a compact design.

Fujifilm X-A3 and Sony A5100 have the same sensor size, as well as several other things in common, like ISO range and frame rate. Fujifilm X-A3 is a bit better in terms of display since it has a higher resolution rear screen (1040k vs 922k dots). Conversely, Sony A5100 has more autofocus points (179 vs 77), which will affect the sharpness of the image when you use your camera to take a landscape photo. Be it Fujifilm X-A3 or Sony A5100 doesn’t have Bluetooth, but Fujifilm X-A3 allows you to share photos wirelessly thanks to the Wi-Fi feature.