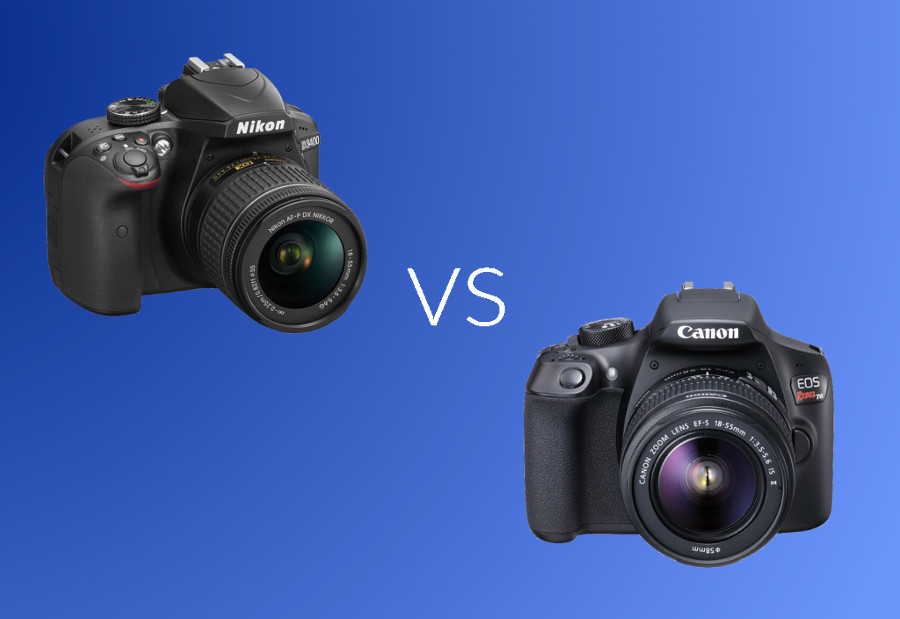 Since the initial release in 2016, both cameras are often made a reference for those who want to getting started in photography since they are tend to affordable. As an entry-level DSLR camera, what offered by both Nikon D3400 and Canon T6 are enough to cover the needs of rookie photographers. Both Nikon D3400 and Canon T6 come with an APS-C sensor. When it comes to camera, sensor is the first aspect you need to notice since it is the first factor to affect the quality of resulted photos.

Nikon D3400 has a slightly larger sensor size than its competitor Canon T6 (also known as Canon EOS 1300D globally). The table below shows the comparison of the specs between those two entry-level DSLR cameras.

Again, sensor is the first aspect you have to consider if you plan to buy a new camera since it is the component affecting the most on the image result. Both Nikon D3400 and Canon T6 come with an APS-C sensor. However, there are some details differing them. 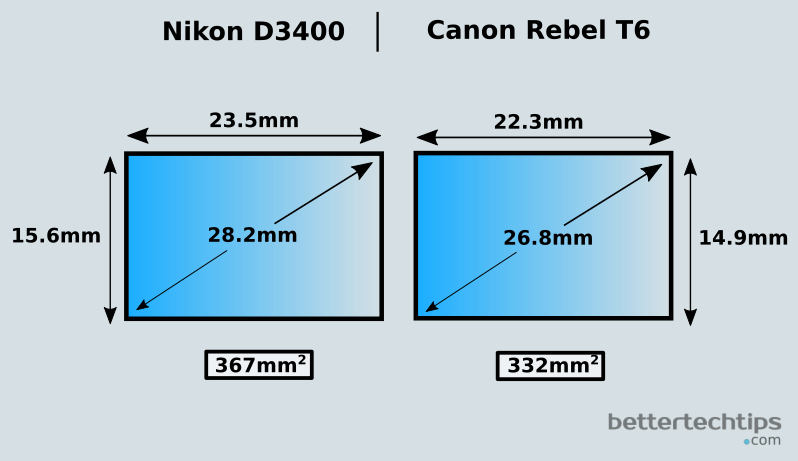 As you can see, Nikon D3400 has a larger sensor than Canon T6. With 24MP image sensor, D3400 is capable of generating photos with higher resolution, but it has smaller individual pixels. 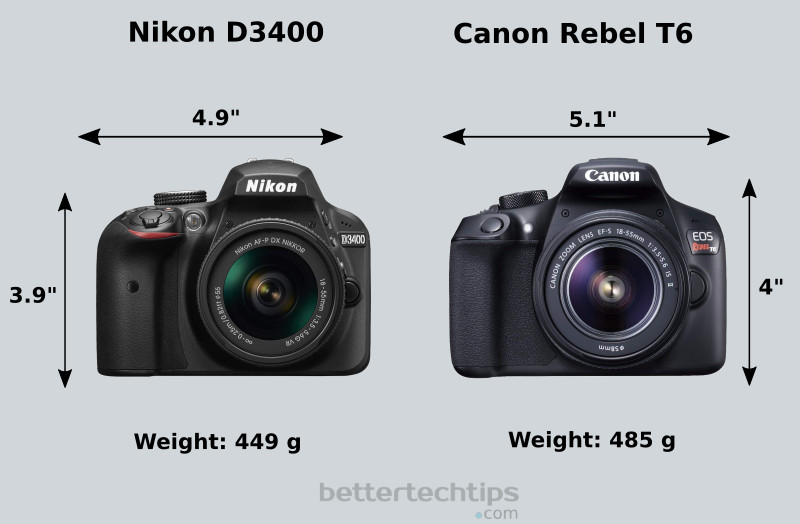 Although has a larger sensor size than Canon T6, the overall size of Nikon D3400 is smaller. By about 7 percent. You can see the dimensions of the cameras on the pictures above.

In addition to size (dimension), Nikon D3400 also has a lower number in terms of weight. Even so, the weight can be difference once you attach the lens. Depending on the lens you attach. The images above only compare the body of the Nikon D3400 and Canon T6. Lens is not included yet.

In addition to Pixabay, you can also take advantage of Flickr to find the examples of photos taken using either Nikon D3400 or Canon T6.

Be it Nikon D3400 or Canon T6 are great choice if you want to start a new hobby in photography. They can also be great tools to learn the basic camera settings and understand the photography theories before you eventually step further to learn how to become a photographer. They are available in an affordable enough price. If we want to be subjective, Nikon D3400 is probably a more suggested option. There are several reasons behind this, but the strongest one is because Nikon D3400 has a larger sensor size. In digital camera, sensor size determines sensitivity, dynamic range, and color depth of the photos. Also, a larger sensor gives you more possibilities to use shallow depth-of-field in order to isolate a subject from the background.

Nikon D3400 is also more suggested if your intention of buying a new camera is to document your holiday trips. On a single charge, Nikon D340 can be used to take about 1200 photos. Compared to 500 by Canon T6.