Nikon D5 vs Nikon D810: Which Full Frame DSLR Camera You Should Buy?

HomeCameraNikon D5 vs Nikon D810: Which Full Frame DSLR Camera You Should...

Nikon D5 vs Nikon D810: Which Full Frame DSLR Camera You Should Buy? 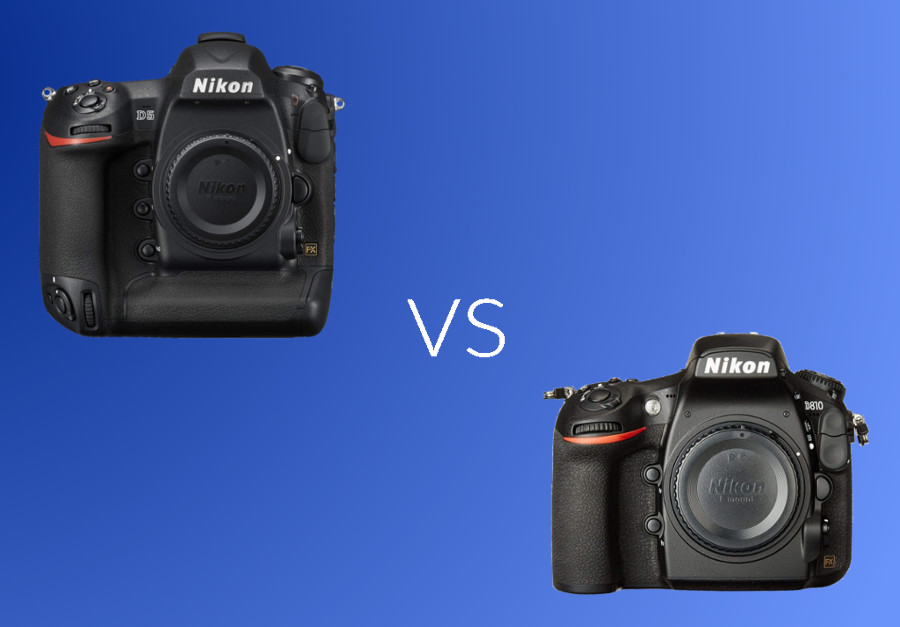 Nikon D5 and D810 are two professional DSLR cameras. They use a full frame sensor. Quick question, which camera you should buy?

It takes a long enough analysis to answer this question. Both Nikon D5 and D810 have a full frame sensor, but there are many other aspects you need to consider before taking a decision which camera you eventually buy. Particularly because there is a significant enough different the matter of price. Nikon D5 is way more expensive than D810.

D5 itself is a flagship full frame DSLR from Nikon. It replaces the D4S and was announced by Nikon in January 2016. Nikon D5 is a DSLR camera that has a large body. This camera is widely by professional photographers to document sport events. Two of the advantages of Nikon D5 compared to other professional DSLR cameras from Nikon is that it has more autofocus points and an extremely higher ISO range.

Meanwhile, D810 was announced by Nikon in June 2014 to replace D800. The table below shows the specs comparison between Nikon D5 and D810.

Despite its large sensor, Nikon D810 doesn’t have the capability of recording 4K videos. The maximum video resolution this camera capable of recording is 1920 x 1080 with the frame rate of 60 fps. Meanwhile, Nikon D5 is capable of recording recording 4K videos (3840 x 2160) although it has smaller frame rates, 30 fps. Nikon D5 has a large body because it comes with dual memory card slots. Both Nikon D5 and D810 have a long battery life. On a single charge, the battery of these cameras is capable of firing up the camera to take more than 1,000 photos. The battery of Nikon D5, however, is way longer than D810’s. On a single charge, the battery of Nikon D5 can fire up the camera to take up to 3,780 photos while the battery of Nikon D810 is only capable of taking about 1,200 per charging. Other features like exposure bracketing, white balance bracketing, live view and histogram are available on both Nikon D5 and D810.

Sensor is one of the most vital components on digital cameras. This is one of the determinants of the image quality generated by a camera. The larger the size of sensor, the better image quality generated by the associated camera. A large sensor has a better low-light sensitivity and richer color-depth. Nikon D5 and D810 are full frame DSLR cameras so they have a large sensor. Take a look at the image we have created below to compare the sensor size of Nikon D5 and Nikon D810. 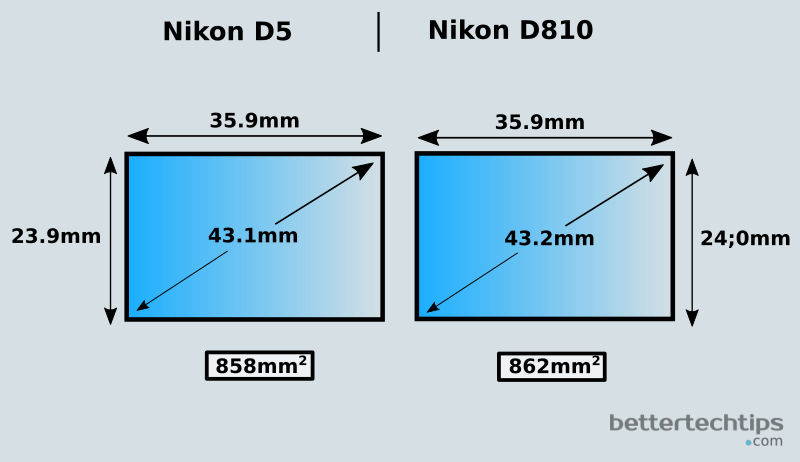 One of the significant differences between Nikon D5 and Nikon D810 is the body dimension. Nikon D5 has an extremely large body. A full frame DSLR camera that has an equivalent body size to Nikon D5 is Canon 1D X Mark II. The difference between the body size of Nikon D5 and D810 is about 29 percent. While for the weight, Nikon D5 is about 31 percent heavier than D810. 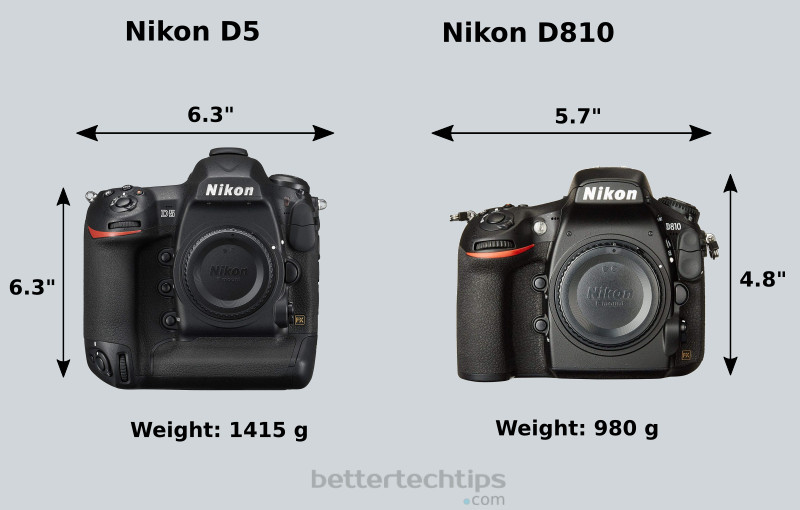 You know that Nikon D5 and D810 have a large sensor and advanced enough specs. After you have analyzed the specs and features offered by these two cameras, chances are you have a big question on your mind “what kind of photos these two cameras capable of generating?”

Well, sensor of a digital camera determines the end results of photos taken using the associated camera. But, it is not the only determinant. There are also other aspects determining the image quality generated by a camera, including the used lens and applied settings. We have selected some of the examples of photos taken using both Nikon D5 and D810 from Pixabay. To allow you identifying the used lens type as well as the applied settings, we have also added the EXIF data of each photo.

Given that there is a significant different in terms of price between these two cameras, you need to be wise before making a choice. Making sure your need is the key to choose the best suited camera. If you really need a camera to take the pictures of moving objects with an extremely fast movement then Nikon D5 is the choice. Conversely, you don’t need to waste your money for the photoshoots that can be handled by Nikon D810.