HomeCameraNikon D500 vs Nikon D750. Which One You Should Buy? 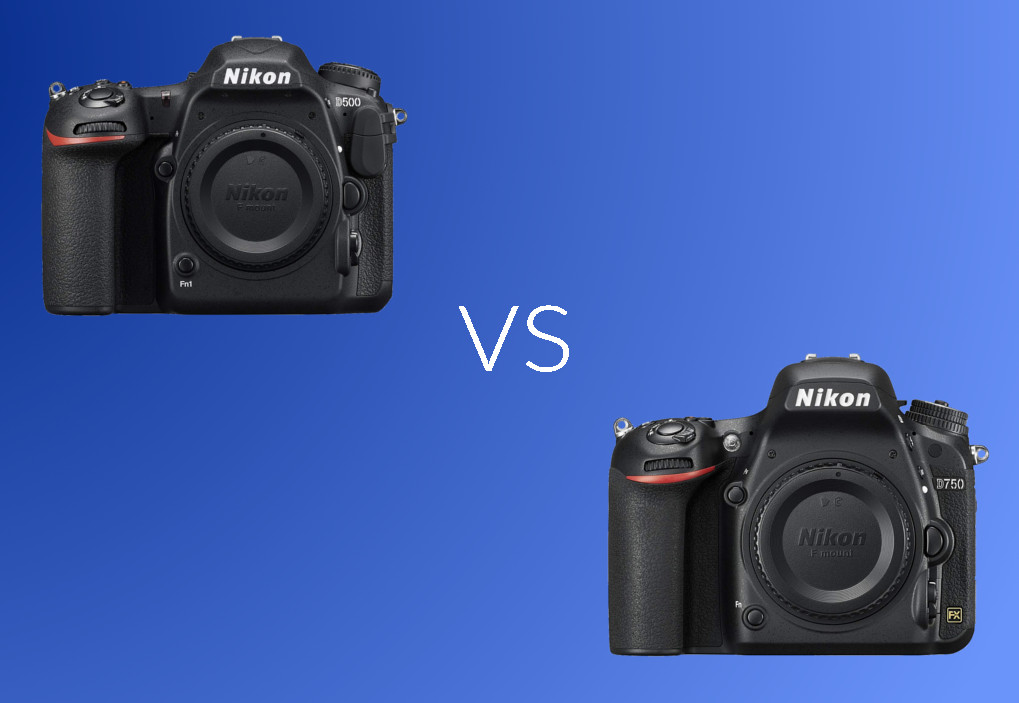 Nikon D500 and Nikon D750 are two professional-grade DSLR cameras from Nikon. They are two of the best Nikon DSLR cameras based on the DxOMark, D500 with the score of 84 and D750 with the score of 93. Physically, the two look not much different. If you put them on a table and notice them deeply, hardly any difference in the terms of dimension. The fact is, Nikon D500 is slightly larger than D750 (will be discussed later below).

Actually, there is a fundamental difference between Nikon D500 and Nikon D750. Particularly on the sensor component. Nikon D500 has a crop sensor while D750 has a full frame sensor. Meaning that D750 has a larger sensor than D500. This also means that D750 is better if you often take pictures on a lack of light condition. A larger sensor is always better for a low-light condition since it has a better sensitivity over the light. But overall, Nikon D500 has a higher specs than D750.

Before answering the question on the title of this article, let’s make a deep analysis toward the specs of these two DSLR cameras. Starting from the specs.

Despite its larger sensor, the overall specs of D750 are actually lower than D500. For instance, it comes with a lower ISO range than D500. While Nikon D500 has the ISO range of 50 – 1640000, D750 has only 50 – 51200 of ISO range. For some photographers, high ISO range might not too crucial, but it can be useful in certain occasion. In addition to higher ISO range, D500 also has a higher shutter speed range. While D750 has the maximum shutter speed of 1/4000, D500 allows you to set the shutter speed up to 1/8000. The faster a shutter speed of a camera, the better the camera in capturing the moving objects.

However, to get a more focused shots, you need a camera that has more autofocus points. Again, D500 is better than D750 in this area since it features 153 autofocus points, compared to only 51 belong to D750. In addition, D500 has more frame rates. On a single shutter press on the continuous shot mode, Nikon D500 is capable of capturing more images than D750. The comparison is 10:6.5.

Another advantage of Nikon D500 compared to D750 is on the display section. Both cameras have the same screen size of 3.2-inch. Also adopt the same display technology (LCD). But, D500 delivers a sharper images since it has a tighter pixel density. Nikon D500 has the pixel density of 2,359,000 dots while D750 has “only” 1,229,000 dots. Be it Nikon D500 and D750 offers an articulated screen, but the screen of D750 doesn’t support touch operation.

What about the video recording capability?

Nikon D500 might has a smaller sensor than D750, but it is capable of recording a 4K video (3840×2160). Nikon D750, on the other hand, is only capable of recording videos with the maximum resolution of 1920×1080. It’s just, D750 has more frame rates when it comes to video recording, 60 fps compared 30 fps, which might will affect the end result of the videos you recorded. Be it Nikon D500 or D750 doesn’t offer video stabilisation feature. On the battery section, both Nikon D500 and D750 are capable of capturing about 1,200 photos per charging. 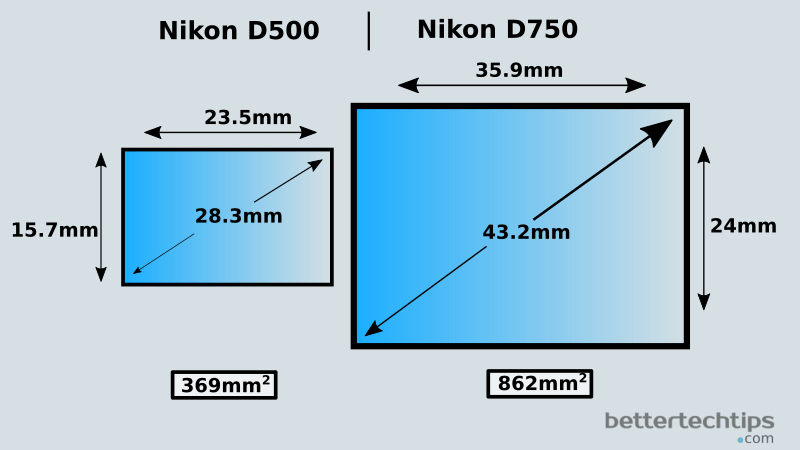 There is relatively no significant difference in terms of body between Nikon D500 and D750. Nikon D500, despite its smaller sensor, is slightly bigger than D750. It also has slightly heavier weight. To makes it easy for you in comparing the body of Nikon D500 and D750 we have created the images below. 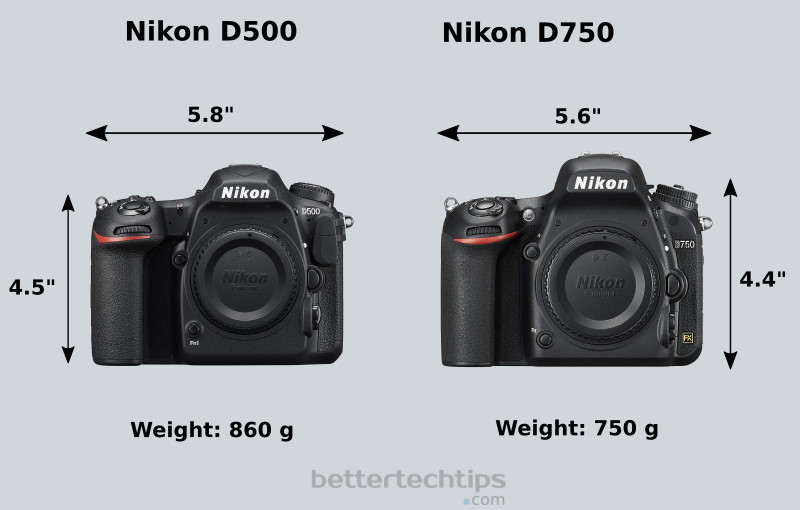 To help you identify the lens used on each photo, we also added the EXIF data of every photo. All photos below were taken from Pixabay, a great resource to get free photos.

Now we have come to this section. Making a judgement which is the better between two cameras has never been that easy. It all will depend on your purpose of using the camera itself. If you use DxOMark as the parameter then you have found the answer. Nikon D750 has a higher score than D500 on DxOMark. But, DxOMark only tested the sensor whereas you might want to compare other specs as well.

As you can see on the specs table above, the specs of D500 are higher than D750 is same sections. Including the ISO range and shutter speed range. Also, D500 has more autofocus points which is will be pretty helpful if you need to take pictures of moving objects. Conversely, Nikon D750 is better for certain photography needs like photography the Milky Way. You need a camera with a larger sensor to take the pictures of Milky Way or stars generally.

If you need a DSLR camera that is capable of recording a 4K video than the answer is clear: D500. Wi-Fi is available on both Nikon D500 and D750 to allow you transfer photos wirelessly via Nikon’s SnapBridge app. Before making a decision which camera you eventually choose, make sure you really understand your purpose of using the the camera.