Nikon D750 vs Canon 5D Mark III: Which One is The Better?

HomeCameraNikon D750 vs Canon 5D Mark III: Which One is The Better?

Nikon D750 vs Canon 5D Mark III: Which One is The Better? 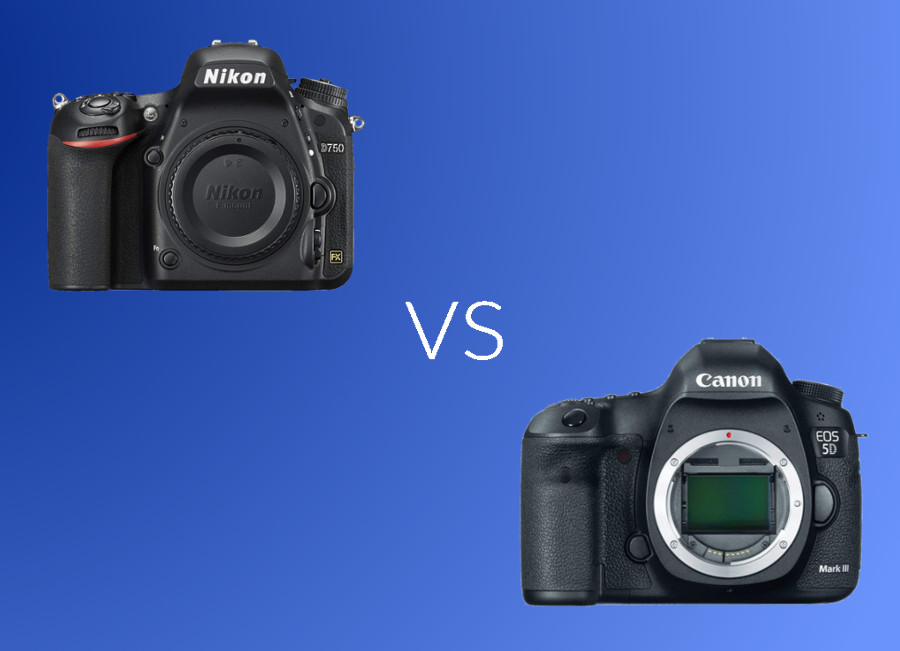 DSLR camera with a full frame sensor is not a cheap stuff. That is why buying a new full frame DSLR camera has always been a tricky task, especially if you had never done this before. Nikon D750 is one of the affordable full frame DSLRs you can put onto your “full frame cameras to consider” list. At least when compared to other Nikon full frame DSLRs like D850, the price of D750 is relatively cheaper.

Canon — the closest competitor of Nikon — also has several full frame DSLRs. One of which is 5D Mark III. On the market, the price of Canon 5D Mark III is more expensive than Nikon D750. What about the quality and specs? That’s what we are going to discuss here.

Just like usual, to makes it easy for you to compare the specs between Nikon D750 and Canon 5D Mark III, we have created the table below. Just take a look carefully to see if your camera of choice has a better specs.

On the sensor section, Nikon D750 looks better than Canon 5D Mark III. But please note that what you see on the table above is not the sensor size. Instead, it’s the resolution of the sensor. More detailed sensor comparison will be discussed on the next point later below.

The larger the sensor size of a camera, the better the associated camera in catching the light. This also means that a larger sensor is much better to take a picture in a lack of light condition. According to what’s on paper (spces), Canon 5D Mark III is better than Nikon D750 since its sensor is slightly larger although the difference is not too significant since both cameras  adopt a full frame sensor. We have created the image below to makes it easy for you to compare the sensor size of Nikon D750 and Canon 5D Mark III. 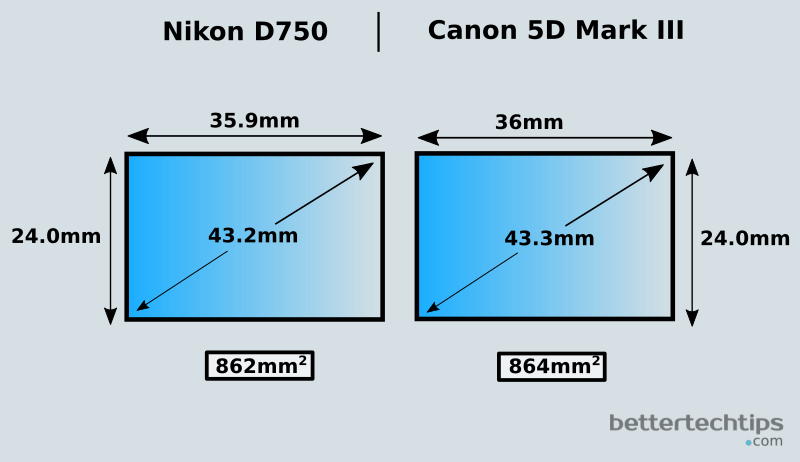 Comparing the body of two DSLR cameras — on the same segment in particular — might not too interesting since there is no correlation between the photo quality and camera body. But sometimes, photographer put more attention on this section especially if they are looking for a DSLR camera with compact body. Both Nikon D750 and Canon 5D Mark III are full frame DSLRs so the body of these cameras are relatively larger. 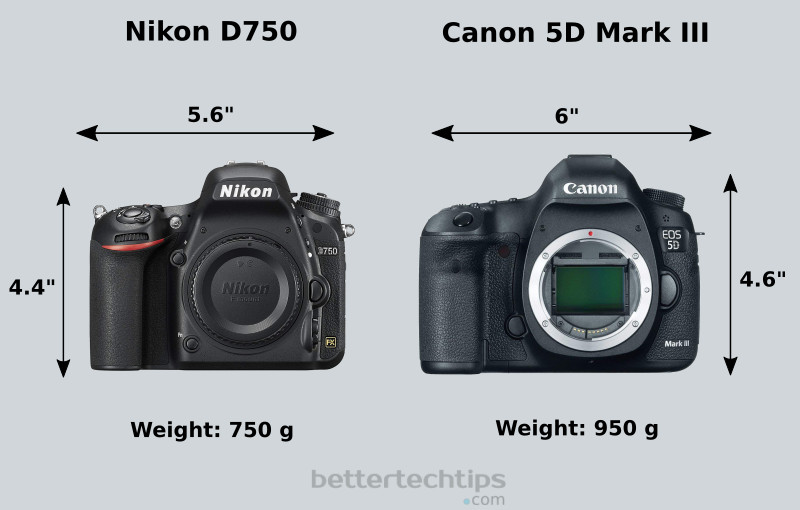 After making the analysis, you have probably made a choice which full frame camera you eventually want to buy, but still have a doubt because you haven’t seen the examples of the photos taken using the camera you chose. As usual, we have also put together the best examples of the photos taken using both Nikon D750 and Canon 5D Mark III. All photos below were downloaded from Pixabay, our favorite resource for free photos.

Making a judgement to pick which is the better between two items has always been a hard task to do. According to the test results of DxOMark Nikon D750 is better than Canon 5D Mark III, but Canon 5D Mark III has higher specs than Nikon D750.