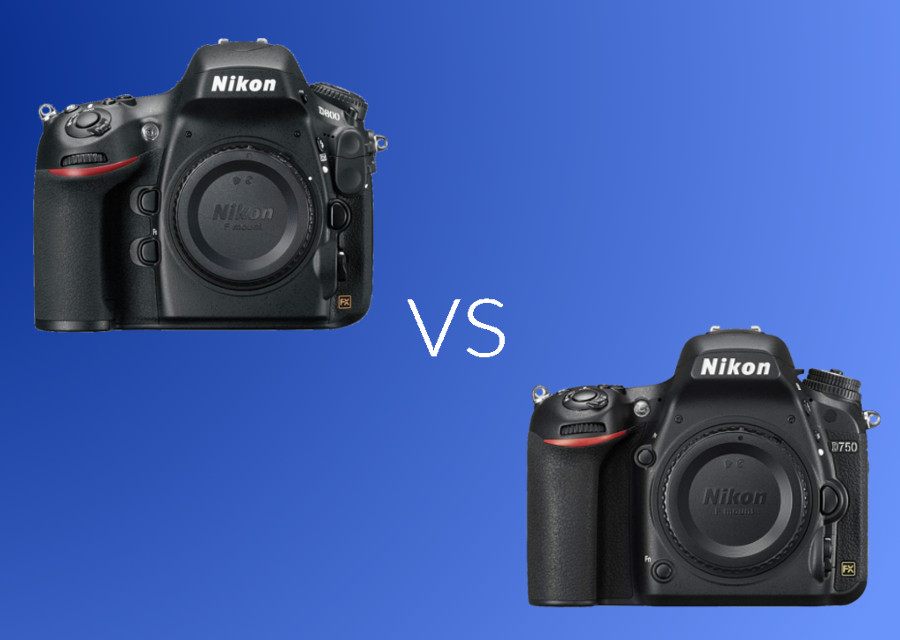 Both cameras earned good enough receptions since released. For instance, D800 was given a a Gold Award by DP Review. So was D750. These two cameras also earned good enough score during the DxOMark test. D800 earned the score of 95 while D750 earned the score of 93. Take a look at the table we have created below to see the differences between the specs of Nikon D800 and D750.

From the table above, you see that the sensor of Nikon D800 has a higher resolution than D750. However, when it comes to size, there is no difference at all. As we said above, these two cameras have precisely the same sensor size. Regarding the sensor, we are going to cover it on the next section. For now, let’s talk about other specs.

The first thing we are going to analyze is ISO range.

The combination of ISO and shutter speed (and also aperture) will determine how much lights caught by the camera sensor. The combination between ISO, shutter and aperture is known as exposure triangle. If you are looking for a camera to take the pictures of moving objects, you need the one with more autofocus points. Both Nikon D800 and D750 have the same amount of autofocus point, 51. But Nikon D750 is capable of capturing more images per shutter pressing since it has more frame rates than D8000.

Despite a large sensor offered by these two cameras, there is no special feature offered by Nikon D800 and D750 regarding the video recording capability. They are only capable of recording videos with the maximum resolution of 1920 x 1080 aka full HD. However, the videos recorded using D750 will look smoother since it has more frames, 60 fps compared to 30 belong to D800.

Since Nikon D800 is an older model, it doesn’t offer an advanced feature on the screen section. The screen of Nikon D750 has a higher resolution.

The screen of Nikon D750 has the resolution of 1229000 which also can be tilted compared to D800’s screen which only 921000. The screen of Nikon D750 and D800 have the same size, 3.2-inch. Other advantage of Nikon D750 over D800 also cover connectivity. D750 has a Wi-Fi feature to allow you transferring photos you took to smartphone/tablet via Nikon’s SnapBridge app. The same feature is not available on D800. One other thing that makes D750 better than D800 is battery life. The battery of Nikon D750 can be used to take about 1230 photos per charging compared to D800 which only capable of taking about 900 photos per charging. 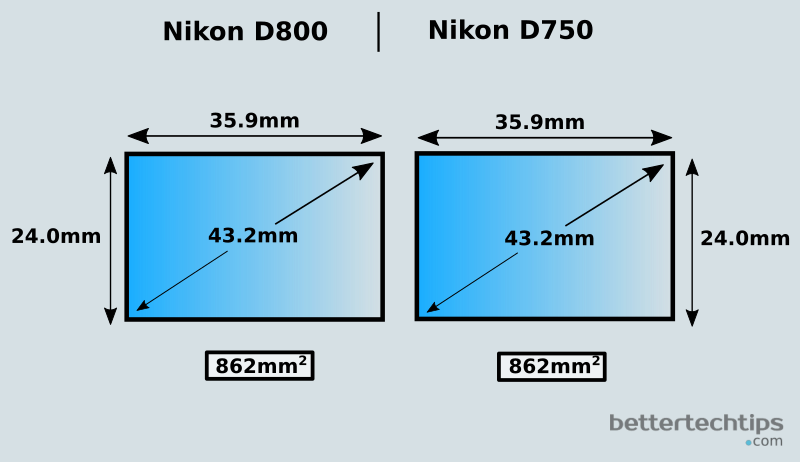 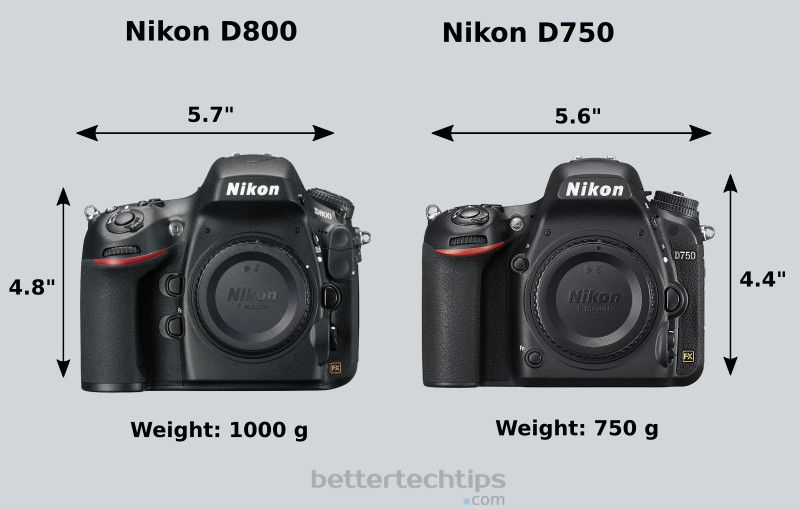 All cameras are made with the same purpose of generating good photos. How good the photos generated by a camera model, that’s the difference. In general, digital cameras with larger sensor like D800 and D750 are capable of generating better photos since they have a richer color-depth.

However, how good the photos can be generated by a camera model is determined by many factors. On the technical factors, there are lens and settings other than sensor that determine the quality of the photos generated by a camera. We have selected some examples of photos taken using both Nikon D800 and D750 from Pixabay so you don’t need to conduct an online research yourself. There is also an EXIF data on each photo which you can read to figure out the applied settings as well as the used lens type.

Given that full frame DSLR cameras have an expensive price, both Nikon D800 and D760 can an alternative for photographer enthusiasts who can’t wait to buy their first full frame camera. For professional-grade full frame cameras, the price of these two cameras are affordable enough.

The advantage of Nikon D750 over D800 is that ot comes with Wi-Fi feature and longer battery life. Also, it offers a slightly smoother video quality. But overall, these two cameras are equal enough.