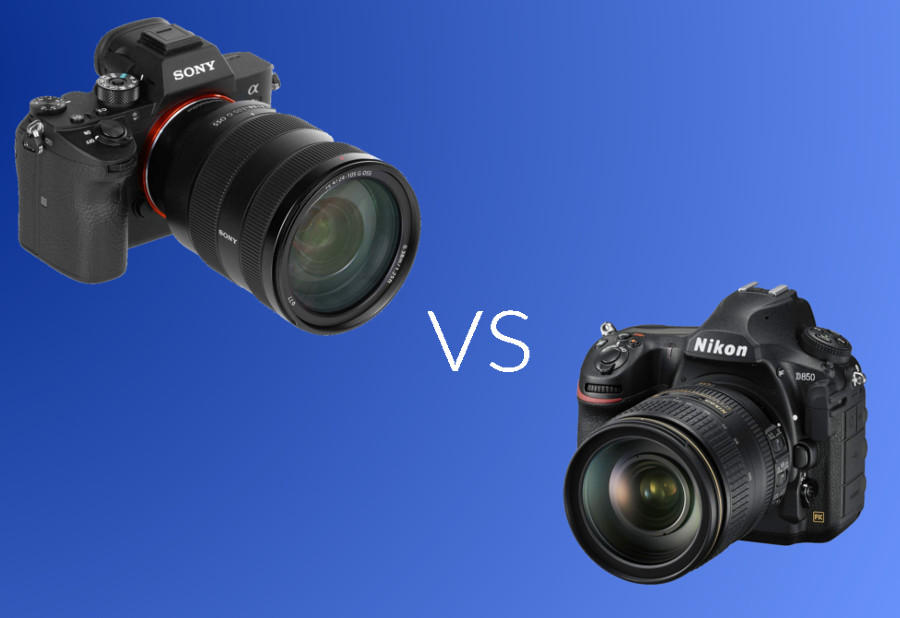 100 is the maximum score a camera can earn on the DxOMark test. This indicates that Nikon D850 and Sony A7R III have an excellent quality. But, which is the better?

Well, Sony A7R III might is not a direct competitor of Nikon D850 since they are different systems. Nikon D850 is a DSLR camera while Sony A7R III is a mirrorless camera. Instead of Sony A7R III, it will be more proper to mention Canon 5D Mark IV as the Nikon D850 competitor. However, since both D850 and Sony A7R III adopt a full frame sensor, there will always be comparisons between them.

Nikon D850 and Sony A7R III are released in the same year, 2017 so they are relatively new. D850 is the successor of D810 while A7R III is the successor A7R II. Let’s start this comparison from the specs.

Battery is another section where Nikon D850 is one step ahead. On a single charge, you can use Nikon D850 to take about 1840 pictures, while Sony A7R III is only capable of taking about 650 pictures. This is one of the biggest differences between DSLRs and mirrorless cameras. Typically, a DSLR camera has a longer battery life than mirrorless camera. The larger body of DSLRs make it possible for camera manufacturers to apply larger battery capacity.

Every photographer knows that sensor is the main component of a camera. Cameras with a larger sensor offer unlimited creativity for photographers. They are better for taking pictures on a low-light condition and have richer color depth. Both Nikon D850 and Sony A7R III adopt a full frame sensor so the sensor size of these cameras is larger. Following is the comparison between the sensor size of Nikon D850 and Sony A7R III. 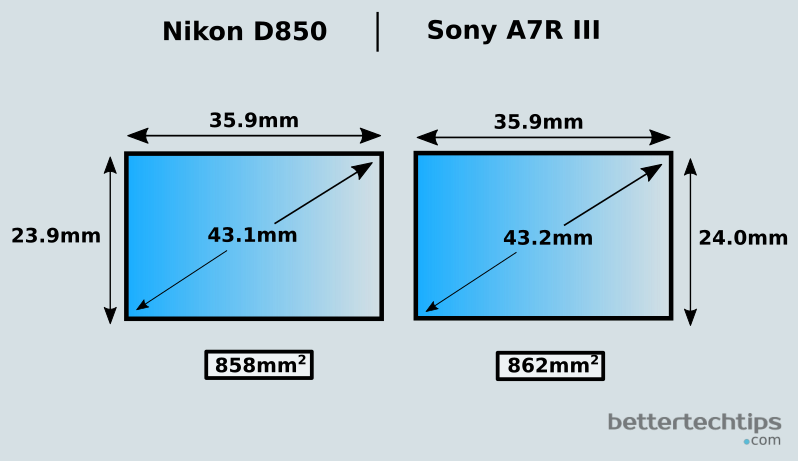 The most noticeable difference between a DSLR and mirrorless camera is the body. Due to the absence of optical component (mirror), mirrorless cameras have a way more compact body than DSLRs. We have created the images below in order to makes it easy for you to compare the body between Nikon D850 and Sony A7R III. 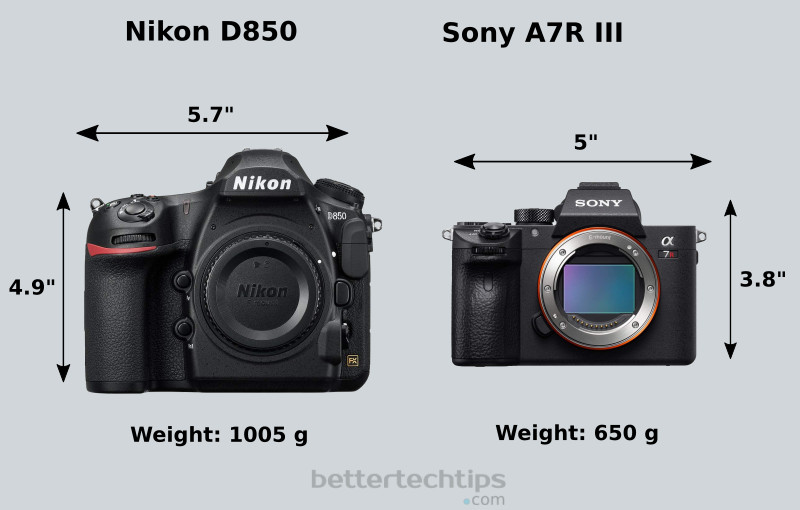 Despite its small body, Sony A7R III features a viewfinder to allow you aiming at the target more easily and comfortably. Many photographers prefer to use viewfinder rather than screen when composing photos. Because Nikon D850 has a larger body than Sony A7R III, it is also heavier in weight.

This will depend on your tendency. If you love a camera with a compact design then Sony A7R III is the camera you have to choose. Conversely, if you are a conventional photographer who still comfortable with DSLRs then Nikon D850 is the choice. Be it Nikon D850 or Sony A7R III has their pros and cons. Nikon D850, due to its bigger body, has a larger battery capacity. It also has a longer ISO range than Sony A7R III.

Previous articleHow to Hide A File or Folder in Linux
Next articleNikon D7200 vs Canon 70D: Battle of Two Mid-Range DSLRs

SnapBridge is an official app from Nikon that you can use to wirelessly download photos from your Nikon digital cameras to your smartphone. This...
Read more
Camera

Nikon D800 and D750 are two affordable enough full frame DSLR cameras. These cameras are available for under $2,000. There is a story about...
Read more