HomeCameraSony A6300 vs Sony A6500: Detail Specs Comparison 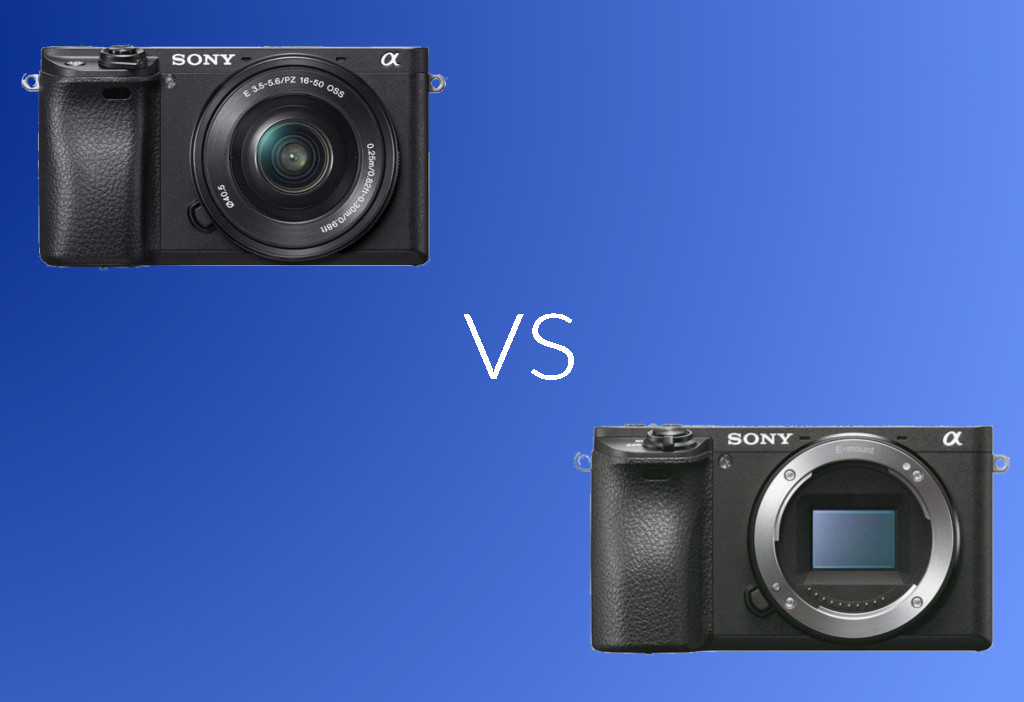 Only 8 months after announcing A6300 in February 2016, Sony announced the A6500. Sony added some new features that were previously absent from the A6300, including one of the most-wanted of recently camera features: touch screen LCD. In addition, Sony also made some improvements to the A6500.

Other than some things mentioned above, the specs and features of A6500 are not much different. They have the same sensor size and resolution, same ISO range and same shutter speed range. They also have the capability of recording 4K videos, which will be a great news if you often use your camera to record videos.

As mentioned above, the overall specs and features of Sony A6300 and A6500 are not much different. As the newer version, Sony A6500 — however — has some new things compared to its predecessor. It has an improved image processor and 5-axis image stabilization. While these two specs lie inside your camera, you might be wondering is there a new feature you physically see?

As we have mentioned, Sony A6500 offers a touch screen LCD display. This is one of the of most visible differences between Sony A6300 and Sony 6500. This feature is not available on A6300. Both cameras themselves offer an articulated screen with the same pixel density, 921600 dots. However, the screen of Sony A6500 is slightly larger than Sony A6300’s. There is also a bit difference on the connectivity feature. Sony has equipped the wireless connectivity on A6500 with a Bluetooth. Previously, Wi-Fi is already available on A6300.

As you can see from the table above, other than Bluetooth and touch screen LCD, there are no significant difference between Sony A6300 and Sony A6500. They have the same ISO range, same shutter speed range and same autofocus points.

Speaking of autofocus, Sony claims that the performance of autofocus of A6500 is better. According to Sony’s claim, the performance of autofocus of A6500 is as short as 0.05 seconds. This is a good news if you often use your camera for photographing moving objects like dance performance, sports, wild animals and so on. Both Sony A6300 and A6500 have an electronic viewfinder with the magnification of 0.7. The matter of battery, Sony A6300 is slightly better than its junior. According to what’s on the paper, the battery of Sony A6300 can fire up your camera to take up to 400 pictures per charging, while the battery of Sony A6500 is only capable of taking about 340 pictures per charging.

The video recording capability of Sony A6300 and Sony A6500 is reliable. They are capable of recording 4K videos (3840 x 2160) with the frame rates of 30. In addition, they also feature a video stabilisation.

Sony made no change to the sensor of A6500. This new camera uses the same sensor as its predecessor A6300. The sensor of Sony A6300 and Sony A6500 have precisely the same size and resolution. They have the crop factor of 1.5 with 3:2 aspect ratio. 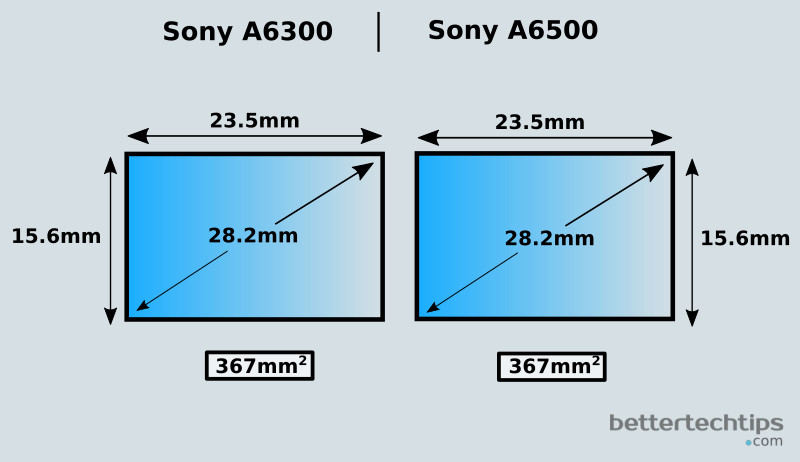 At a glance, it seems there is no difference between the design of A6300 and A6500. But once you take a closer look over them (especially from above), you will see several differences. There are some reposision of the location of some buttons, but the location of the main buttons/selectors and viewfinder remain the same.

Seen from front side, the dimension of Sony A6300 and A6500 is no different. You will see a difference once you see the camera from the above side. Seen from above, the body of Sony A6500 is slightly longer than A6300. The matter of weight, Sony A6500 is slightly heavier than A6300. The difference is about 11 percent. Take a look at the images we have created below to compare the body of Sony A6300 and A6500. 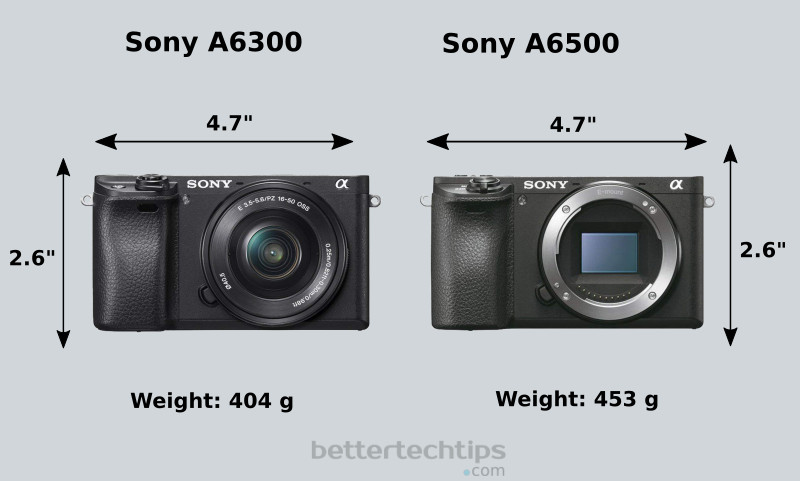 Given that Sony A6300 and Sony A6500 have the similar specs and precisely the same sensor, you might be wondering is there a difference regarding the photos generated by them. We have selected the best examples from Pixabay to allow you find the answer. Just keep in mind that sensor is not the only factor affecting the pictures taken using certain camera model. The lens you use as well as the settings also determine the end results of the pictures you take.

That is why we have also added the EXIF data of each photo to allow you identifying the lens type used on each photo as well as the applies settings.

Sony A6500 is the updated version A6300. If you have enough budget we will suggest you to buy A6500 instead of A6300. As we have explained above, there are some new things offered by A6500 which will deliver a better photography experience. Including improved image processor and 5-axis image stabilization. Sony A6500 also has a Bluetooth and touch screen display. Two features that are not available on Sony A6300.

Even so, A6300 is not a bad choice if you have a limited enough budget or there are some other gear you want to buy. On the market, the price difference between these two cameras is about $200. You can use that amount of money to buy tripod, lens filter, memory cards, camera bag or other supporting gear. So, be wise before making a purchase of a camera.

We have selected the examples of the photos taken using Sony A6300 and A6500 above in order to allow you knowing that there is no significant difference between these two cameras. The fact is that they have extremely similar specs. They also have the same score on DxOMark, 85 each.