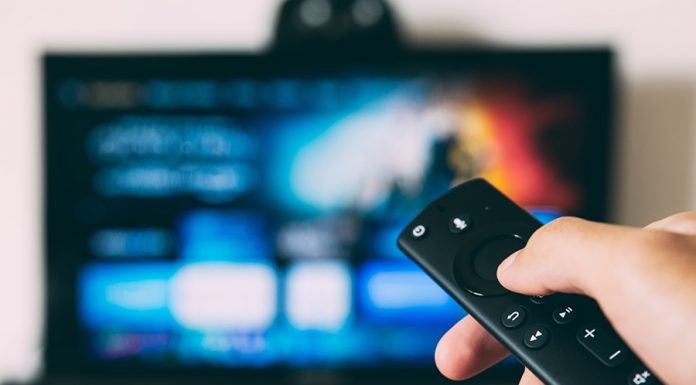 Cable TV was the highlight of a lot of our childhoods. Back in the day, the different types of satellite TV allowed us to connect more with the rest of the world. We could watch quality TV programming, listen to global news, and binge watch some of our favorite shows on the weekends. Now, with the dawn of connected TV, our fond memories of the satellite dish might end as just that – memories.

Over the last decade, media and advertising have experienced a dramatic shift in the way sellers and consumers interact. Advertisement has shifted from the age-old jingles and catchy phrases to a more deliberate, data-driven approach. Today’s viewers seek a more diverse form of entertainment. They’re using mobile devices, Smart TVs, game consoles, PCs, and other connected devices to enjoy their favorite shows.

What is Connected Television?

CTV is any television set that is used to stream content from the internet without using the traditional cable box or satellite.

Connected TVs have evolved over the years to offer customers more dynamic experiences, especially as the market continues growing to accommodate new companies producing connected TVs. Apple TV, Google TV, Android TV, Fire TV, Roku TV, and gaming consoles like Xbox or Playstation are all categorized as connected TV devices since they can connect viewers to the internet to view/stream their shows on their favorite streaming services.

CTV provides new opportunities for advertisers and brands that want to reach a different target audience than the viewers they would normally get on a linear service. Connected TV has an ever-growing audience that do not have cable television, and CTV helps marketers connect with this audience. The rise of the Connected TV phenomenon has led to the term “cord cutters,” which refers to the consumers who do not own or subscribe to cable networks in favor of using only streaming platforms.

What is Cable TV?

Cable TV is the traditional viewing method which requires all the cable infrastructure; a set-top box, subscription to a cable company, and cable connections. Here, audiences watch a scheduled TV show on its original channel and original broadcast time with a subscription.

Some cable TV services offer viewers the opportunity to record video content via DVR and watch them later. Even though broadcast networks and traditional cable TV advertising has had a rough couple of decades, it still holds a fairly large market.

While viewers use connected TV device to watch content from the internet without a set-top box, OTT is the delivery method for online content through streaming services or video-on-demand. Consumers can enjoy unlimited access to OTT content via various streaming devices including mobile phones, laptops, tablets, television, etc.

Why Viewers are Switching from Cable TV to CTV

Cable television subscriptions are relatively higher than streaming platform fees. Viewers no longer feel the need to pay for cable television packages where they do not watch all the channels or are limited to specific content.

Connected TV gives viewers the complete power to choose the streaming content they want to watch at any time, while also providing a wide variety of subscription plans that suit people of all classes. Connected TV also gives users the choice of watching their favorite on-demand content across connected devices, wherever they might be.

As more and more viewers shift to connected TV, brands are allocating larger marketing budgets toward these platforms, and gradually shifting away from traditional television. But the audience isn’t the only reason advertising strategy is changing to accommodate CTV advertising more.

OTT is video content streamed directly from the internet without the use of a set-top box, cable connections, or broadcast. OTT advertising on smart devices gives advertisers a higher chance of creating a digital strategy to ensure their content reaches the audience.

One of cable TV companies’ biggest limitation is the advent of DVR which allows viewers to record their shows on cable television and watch them later. There are higher chances that viewers fast forward through the ad breaks and miss advertisements completely.

Connected TV advertising allows brands to create different content for specific audience segments. With cable television, advertisers are confined to one version of an ad, but OTT and connected TV allow service providers to see how consumers interact and engage with their content, and tailor their ads accordingly.

One advantage linear TV has over internet streaming sites such as Hulu or Netflix is that users get to enjoy an optimal viewing experience. Streaming sites are dependent on a good internet connectivity, and in the instance where there are poorly-configured home Wi-Fi networks, the Wi-Fi router has a weak signal, viewers are dealing with unpredictable network connections or no network limitations, viewers will experience lags and delays in their streaming.

However, with high-speed bandwidth spreading like wildfire across the country, this is less of a concern as time goes on.

Cable TV companies grant viewers the option of selecting from an extensive channel list. The option of channels available varies according to your cable provider, and depending on the subscription and bundle package customers have paid for. Customers have a variety of bundle packages to select from according to their budget or needs, and most cable channels are family-oriented.

But again, as time goes on, Connected TV platforms are also gaining access to all of the same high quality, well-known and trusted mainstream networks.

For families with younger children who do not want to give their kids access to streaming apps and streaming players, cable TV delivery process is a safer method to monitor what your children watch. Most cable TV companies have the option of pin locking specific channels which show adult or inappropriate content, so parents can be sure that their younger kids only have access to child-friendly cable content even when they are not around.

Amazing Netflix Features That Make It Stand Out from Disney+

Top 7 Benefits of Listening to Music: By Leading Medical Scientists