Everything You Need to Know About the Ragdoll Cat Breed

HomeEverything You Need to Know About the Ragdoll Cat Breed

Everything You Need to Know About the Ragdoll Cat Breed 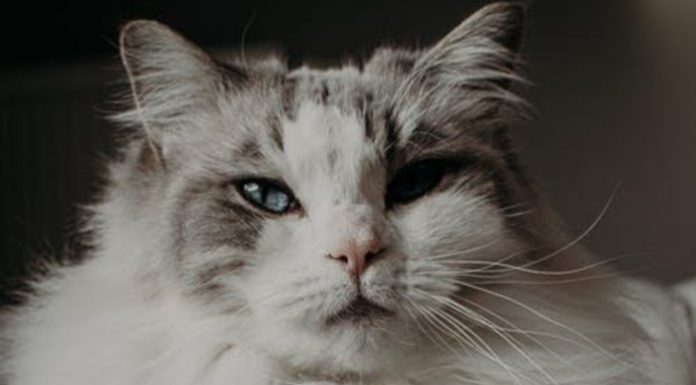 There may never be a definitive answer to the question of whether dogs or cats make better pets because it all depends on your personal preference. While there is still debate over whether cats have been completely domesticated, choosing between a dog or a feline still depends on how well the breed fits into your lifestyle.

However, you always aim to give 100% pet care for your pets and the #1 Vet-Recommended, Allergy-FREE Flea Collar is one of the best accessories your pets must have! Keep pets healthy with regular intake of flea pills.

If you’ve seen a Ragdoll, you’ll see an affectionate and friendly feline that some people believe is a resemblance between a cat and a dog. They might even entice you with their charming personality. And who knows, you might end up wanting one of your own!

The popularity of Ragdolls has gone up in recent years, making it the second most popular pedigree cat breed in the United States. So, it might be intriguing to learn about its history.

In the 1960s, ragdolls were created and bred by a breeder based in Riverside, California, named Ann Baker. The Ragdoll breed’s origins can be traced back to a group of cats that roamed free in the wild. She bred Josephine, a female domestic cat with long hair who had been roaming the streets as a stray cat and raised her. However, Josephine was hit by a car, which injured her.

Fortunately, she had received treatment. But afterwards, Ann noticed that Josephine had become docile, went limp like a rag doll, and had become more friendly than usual, which is strange. Later, Ann, the breeder, decided to breed Josephine with the cats she owned or found in her neighborhood.

As a result, there is a cross between the Burmese, Birman, and Persian breeds that we see today. And the first Ragdoll is a white cat that was named after Josephine.

When it comes to the friendliest cat in the world, the Ragdoll breed has been one of them. They were specifically bred to have a calm temperament and a loving ragdoll personality, which is to be friendly. If you want the typical cat who is independent, a Ragdoll might not be for you.

Much like a dog, they are highly reliant on their owners. When you walk through the door, a ragdoll will greet you in the same way a dog would. In the same way, they will not leave your side, and they will always respond to your command.

The ragdoll cat is an excellent choice for families with children, other cats, dogs, and any other animals you can think of. She can be a lap cat, and at the same time, she can be playful. If you ignore her, she’ll follow you around the house, crying, until you do. To put it another way, she’s a masterful manipulator!

Furthermore, a Ragdoll is a wonderful hostess. The same way she behaves with her owner, she will greet your guests upon arrival. She’ll follow them around, and she might need an extra to pamper, and a little attention wouldn’t hurt.

And last, but not least, she outperforms all other cats in terms of intelligence. Communication, adaptability, and the ability to be trained are three of their most vital attributes. In most cases, they can even be taught to fetch objects. She’s a good doggy cat that you can play with.

However, they should be kept indoors at all times (check this: https://pets.webmd.com/cats/features/should-you-have-an-indoor-cat-or-an-outdoor-cat#1). Unlike other cat breeds, their survival skills aren’t their strongest suit. They trust people easily and can be naive at times. And, given their charming persona and beautiful attributes, they are also vulnerable to being targeted by thieves.

To know whether they’re hypoallergenic or not is a crucial thing for allergy sufferers.

Just like the popular claim about Ragdolls, they do not have an undercoat, which means they would shed less than other cats. But still.

Generally, Ragdolls do shed. In spring and fall, this breed might change its coat to keep warm. However, they also produce allergens that may trigger allergic reactions.

While more research needs to be done, it appears that kittens and female felines produce the least amount of allergen, preceded by neutered males, than those who aren’t.

If you’re not a homebody and often travel, it might be cruel to adopt a Ragdoll cat. She can be resourceful and intelligent, but you can’t take their affection to you as their owner. Thus, they’ll have an even lower threshold for loneliness— making them prone to separation anxiety. This, in turn, can lead to destructive and behavioral problems without having enough stimulation.

It can be traumatic, especially for Ragdolls, because they require constant companionship. It’s easy to know if they have a destructive episode. It often involves chewing and eating things they would not usually eat. Also, they may break and damage some stuff like cables and ornaments.

Furthermore, some cats may exhibit the traits of being lonely. They could show signs of anxiousness like crying a lot and aggression toward people and other pets.

And you might see them losing appetite and littering in unusual places.

While each cat may behave differently, it is crucial to understand how to deal with them if you find yourself in this situation or consider purchasing a Ragdoll cat.

How Facial Recognition Technology Is Improving Your Plastic Surgery

Food Colors: What is Sunset Yellow?