Industries that are Benefiting from Robotic Technology

HomeIndustries that are Benefiting from Robotic Technology

Industries that are Benefiting from Robotic Technology 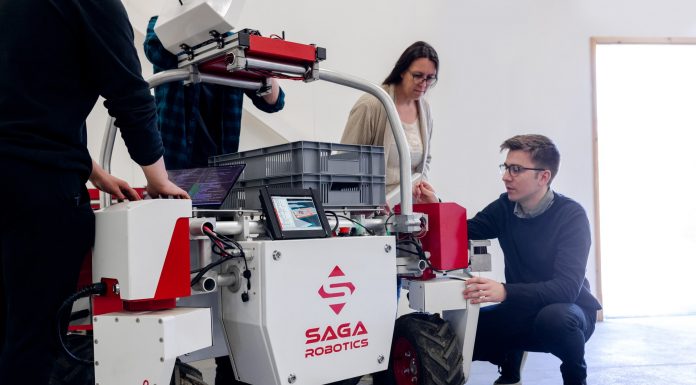 As technology improves, we continue to see how automation and robotics can positively impact so many aspects of our everyday lives. From complex logistics and sorting systems in distribution systems and factories to the Roomba constantly agitating your pets, robots are performing many monotonous tasks that free up our time and effort for other, more exciting endeavors.

While we can’t promise Jetson’s level automation, let’s look through some of the industries that are already benefiting from robotic technology today in ways you might have never considered!

There is no understating the importance of an optimized food production industry. Because of the perpetual demand for food production on growing scales and thinner margins in a domain long fueled by manual labor, the Agricultural and Food industries have been prime growing grounds for robotic technology.

While the need for skilled farmers has never been higher, robots are massively extending both the information available to farmers and the acreage to which any farmer can tend.

Other systems are becoming increasingly automated. Robotic technology can perform tasks like weeding, planting, watering, and fertilizing either on set routines or by interfacing with monitoring information to optimize these tasks.

Overall, farmers are seeing massive productivity gains with the same amount of effort.

On the food preparation side of the industry, robots are also making their impact felt much closer to consumers. Automated robots can take on high-volume, high-labor preparation activities, like topping application, ingredient mixing, and kneading. Entire assembly lines can be fully automated with minimal intervention from human oversight.

Furthermore, ordering and delivery systems are becoming increasingly automated. Online ordering systems feed into autonomous delivery robots like the Starship robots that turned up on campuses across America in the late 2010s and early 2020s. This type of delivery is only likely to become increasingly common, given the growth of platforms like Grubhub and UberEats and their need to reduce delivery costs.

The entire energy sector relies heavily on automation, particularly when it comes to transferring oil and hazardous chemicals into fuel storage tanks or in preparation for an Onsite Diesel Fuel Delivery. These mundane and unsafe tasks are much better handled by inexhaustible, replaceable robots rather than people who would otherwise have to risk injury or exhaustion. Robotic tank cleaning and sludge removal methods are prime examples of how robots can both increase efficiency and reduce human exposure to dangerous environments.

On the software side, automated communication across the IoT coordinates activities on plant floors and enables different subsystems to optimize their relative outputs to maximize productivity by active feedback loops. Further improvements in AI and Big Data analysis can, for example, predict when energy surges will come to ramp up production preemptively. Efficiency gains like these go a long way towards ensuring that plants can preserve as much fuel as possible and deliver it to consumers economically.

Robotic technology is also going a long way to keeping people safe, as improvements in this tech have proven important to law enforcement officials and the armed forces.

As information is always at a premium, improvements in GPS tracking and facial recognition systems play a huge role in intelligence communities.

In terms of robots on the ground, bomb-defusing robots have proven incredibly adept at keeping first responders safe in combat zones and in civilian bomb scares. In the air, drones can provide unmanned reconnaissance over difficult-to-reach areas or even drop supplies to people on the ground.

In another industry crucial to public safety, robots in healthcare have opened up treatment possibilities that would have been considered miraculous even a few years ago.

Remote-control micro-cameras are capable of non-invasive investigations that doctors can use to spot otherwise untraceable internal issues. Robotic stand-in nurses can perform basic procedures and measurements like medicine delivery and temperature-taking entirely automatically, freeing nurses up for more complex tasks. Robots can outperform even the smoothest-handed surgeons in the operating room and repeatedly and reliably make the required precise incisions.

Outside of the hospital, improvements in prosthetics have made it possible for some people who have amputated limbs and those with paraplegia to regain full mobility and dexterity. These exemplary combinations of mechanical and electrical systems are some of the peaks of robotic technology today. Other robotic equipment like Pharma Clean Room Cranes are also very important in the pharmaceutical industry.

Robotics Are Here to Stay

Due to their inherent ability to automate, repeat, and refine processes, robotic technology will continue to play an increasingly important role in nearly every large-scale industry and society at large. Their successes and efficiencies will provide massive gains in productivity for current operations and may even open the door to entirely new systems in the future. Robotic process automation can even communicate with corporate systems and applications, performing the same steps in a process as humans, and even interacting with various applications in the same workflow. Helpsystems explains RPA that can create efficiencies for your business.

By taking humans away from dangerous and mundane tasks, there will only be more opportunities for creativity and innovation in the future. Some of the industries above have already seen the benefits, but there are certainly more to come in sectors like transportation, manufacturing, and many more!

How Do They Build Conversational AIs for Bussiness?

A Head-to-Head Comparison Cloud Computing and Internet of Things

Looking Forward to Getting a Valuable Career? See AI vs ML