HomeGame5 Games Like War and Order You Must Play Now! 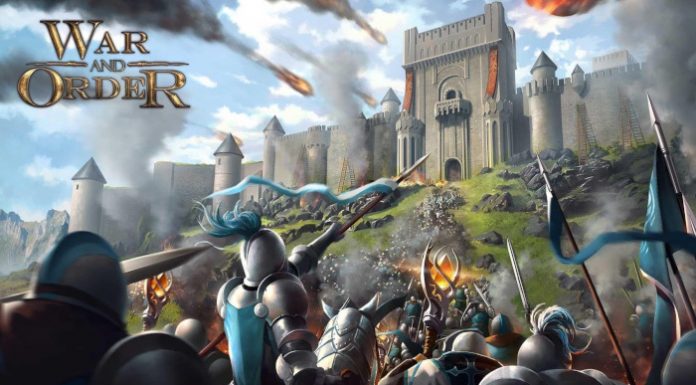 War and Order was the most loved strategy game in 2020 and it’s still the same! The game is a mélange of tower defense, strategy, and castle building altogether. The 3D game is awaiting you to build your world in this awe-inspiring strategy game. Although it feels amazing to play this game on Android smartphones and tablets, it should get more interesting when played on a PC or laptop. If you aren’t sure how to proceed with the same, you can download War and Order on PC from here. Well, if you loved playing War and Order, you’re sure to enjoy few games that resemble most of the features and gameplay.

You’re in for a roller-coaster ride with these games like War and Order if you’re playing them for the 1st time.

Rise of the Kings is not only a strategy game but it’s a combination of RPG, MMO, and RTS gaming. In the game, you will fight with lords and try to survive in the hostile world. Moreover, your goal must be to rule the entire kingdom by defeating everyone on the go! Build an army, be a hero of your group, and lead them by example! It’s all about becoming a king of all times!

The graphics in Titan Throne might not resemble War and Order but the gameplay and the plot do. Get involved in battles, wars, and explore the game with players around the world to build a team. Lead the team and save them against the devils, dragons, and the dazzling magic. Feel free to recruit the heroes of your choice in Titan Throne. With real-time battle controls, extreme troop upgrades, unique four races, and a lot more in the game, you’re sure to enjoy every moment in the game.

At a glance, it might get difficult for you to differentiate between War and Order and the Clash of Empire game. Such is the similarity between both of these games despite the developer being different. The global battlefield that includes most of the countries is what you will love to be part of. Build your homeland with the help of popular generals, expand your territory slowly, and then move towards capturing the castle and land. Your strategy would decide your fate overall.

The small town destroyed by the ancient dragons and the Eastern Dynasty is at risk. Indulge yourself in the worldwide war and combat with players around the world. Of course, you can pick the players of your choice and create your strategy to build your empire and battle against the mighty powerful dragons. Apart from picking the players and training them, recruit some of the most legendary heroes in the game to strengthen your team. With realistic graphics in Rise of Empires, everything seems real, and you are going to enjoy it. It’s pretty much similar to what you can experience in War and Order.

Age of Z origins is developed by Camel Games Limited, the same gaming firm that launched War and Order game. But this game is completely different, of course, it’s a strategy game. Here, your task is to kill the zombies on the go and get back life to normal. The explosives, machines, guns, weapons, and your trope of soldiers can together survive in the zombie apocalypse. But make sure you have an eye on the backstabbers and human schemers apart from the Zombies, as they are a threat too. Survive, Revive and Thrive for the civilization!

These should turn out to be the best alternatives to War and Order strategy game. Let us know if we missed out on any.