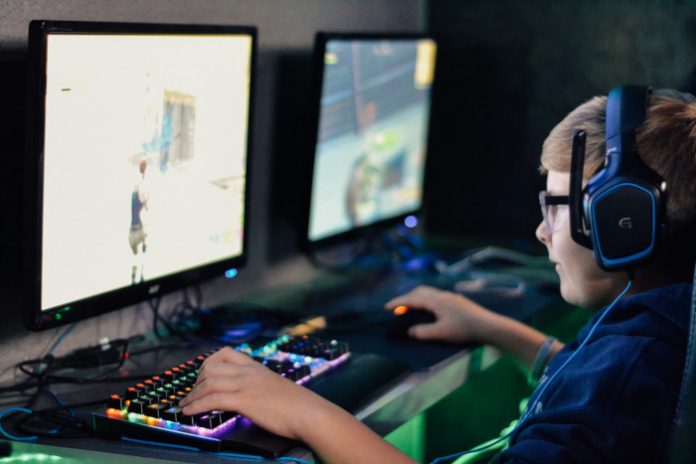 The popularity of tower defense games date as early as 2003 with WarCraft III: Frozen Throne. Now with over hundreds of games labeled as tower defense, holding the line against waves of enemies keeps getting better every year. Here are some of the best tower defense games for PC that we highly recommend. Take note that these are free to play and you can download them directly from our page.

Arknights is perhaps the most popular tower defense game right now because of its amazing artwork and a cast of interesting characters. However, it is one of the few TD games that has an anime theme as well as a full-on story mode. The towers are based on individual characters that you can recruit in the game called Operators. Much like towers, these Operators have various specialties that you can utilize per stage. Some are good at generating points at early game while others deal big damage in exchange for slow attack speed.

It also has a very active community filled with meta seekers and those that just love the game for the characters. Expect to cross with some fan arts of the game because there are a lot of those (both safe and unsafe).

As for gameplay, it’s a heavy mix between gacha addiction and straight-up TD. Some may call it pay to win but for the most valiant players, you can get through the entire game with just 3-star and 4-star Operators. The game also includes lots interesting events with original stories as well as some resource management to look after.

It also has one of the cleanest-looking UI ever in a handheld game as well as some crisp visuals too. The music and voice acting in the game are some things to behold too.

Just take care of your wallet though. Once you have a taste of the gacha life, you will never come back.

Plants vs Zombies will never go down. Sure, it may not be as famous as it was 11 years ago but many people recognize it for its humor, pleasant aesthetics and oddly addictive gameplay. It is also one of the simplest TD games ever made yet not too easy to bring some tough challenges for the more competitive players. It is a lane-based tower defense where units are placed anywhere within the given rows.

It may be a lot less micro manageable but there is no denying that the game tends to get even harder as you progress through either the story mode or the survival mode.

It eventually got a sequel after the game was acquired by EA Games and various console / PC spin-offs but they were more hectic than the original. Besides, the first game did not have any pay to win features unlike the disappointing Plants vs Zombies 2. Oh, and the credits of the game made PvZ worth finishing. If you never saw it before, you should try it out. It’s extremely wholesome.

The Battle Cats is a great representation of how bizarre Japan can be when it comes to video games, movies, tv shows, manga and books. TBC may look like a casual game until you start diving into the later levels. The game used to have a progression mode where you get to unlock new units along the way until they became another gacha game. But hey, the gacha rates are good and they have a lot in store for the players like ridiculously obscure collabs, famous anime collabs like Neon Genesis Evangelion and Fate Stay Night, video games like Street Fighter and Metal Slug, music such as Hatsune Miku and Kagamine Rin & Len and … Pikotaro? You know, the guy who sang Pen Pineapple Apple Pen.

TBC also has one of the funniest and also the creepiest units you will ever find in a Tower Defense Game.

If you ask us which is the absolute best medieval-fantasy themed tower defense game, it has to be Kingdom Rush. It used to be a paid app but now you can play the game for free. It has the very essence of a classic TD: you build towers which you can use as offensive or defensive units, recruit armies within these towers and even control a hero in the battlefield.

The 2D artwork is so crisp and cartoony that it looks like an addictive Saturday morning cartoon show.

If you want to take tower defense on a different scale, you might want to play Clash Royale. It is a 1v1 TD multiplayer where you must send attackers to an opponent’s castle while they destroy yours. It is a very competitive game that it spawned its own esports too.

Don’t forget that all these games are free to download and play on PC. Get them all here at Games.lol.

Jonathan J Kingston is a video game enthusiast, gamer, and a veteran video game news writer for Games.lol. He spends his free time hunting for free game sites and testing their reliability.