HomeGameAn Easy to Understand and Follow Strategy Guide for Lovers of Spider... 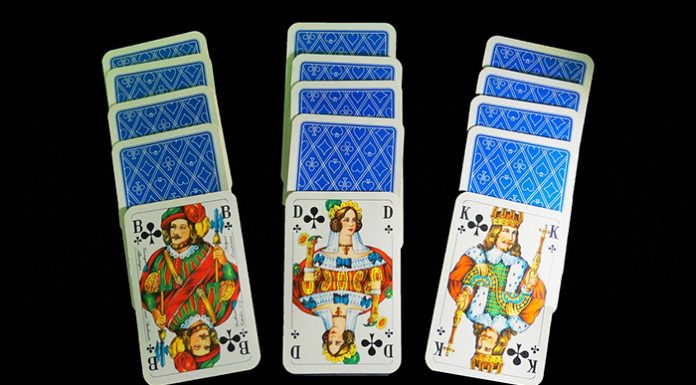 If you are a card player, you must be aware of Spider Solitaire, that’s a well-known solitaire game. The game has gained a lot in popularity since Microsoft has launched it free with its Windows operating systems. It is considered very hard though, and most people want to know how they can increase their chances of winning this interesting game. https://spidersolitairepro.com/ is a free platform to play this game online free.

But before proceeding into the process, you are requested to have a quick note. In this article, I would like to assume you are having a solitaire game version, which allows you to avail multi-undo, and that you don’t hesitate to use it. If you don’t have one yet, you can install the Masters Games Free on your device. There are many game lovers, who don’t have a solitaire program that supports multi-level undo. There is also a majority of gamers, who feel that using undo in the game is somehow “cheating”. Such types of people can still get something out of this article, but not everything and the principle they read may apply. So what is going to be the golden secret to winning spider solitaire? The secret is straight and very simple! The only key to winning the game is getting more and more empty columns!

The Goal of the Players

The major aim of free spider solitaire online is to build an ascending suit sequence in the foundation zone. But this is easier said than to make it possible! It becomes particularly harder when you are playing 4 suit spider. This is the level when you feel it nearly impossible to finish the game. But if you know some basic rules, you can do it rather easily. Here are strategies you can use to dramatically boost up your chances of winning. As the very first object of Spider Solitaire online is to get a vacant column. After getting one empty column, your next objective is also to try and get another vacant column. When you have 2 vacant columns, the game starts to move to the winning post, but if you think you can, you must try and form yet another empty column. Once you get more than two empty columns, you have a very good chance of winning the game, unless you get an extremely unexpected run of cards.

The Secret to Get the First Empty Column

The first move you are going to make in the game is whatever your highest rank card that can play. If you get a choice, you should play from the stacks on the right-hand side, because the 6 right-hand stacks always start with one less card.

The Priority or Order to Play Cards

Now you can play cards in this order of priority:

This is the way to go on playing like this until you get the column emptied, or you run out of the moves. Once you vacate the column, the focus of the game changes its direction a little bit. Now there remain only 3 main objectives, “cleanup”, “rearrange”, and “expose”.

An overriding principle at this time is to keep on getting on the empty columns. The vacant columns offer you a lot more choices in the game, and whenever it is possible, you only want to fill your empty columns temporarily with every conceivable move.

Where Can I Play Spider Solitaire Online Without Downloading?

Fortunately, there are a number of free options available to play spider solitaire in your browser or on an app. Here are three that we recommend: