HomeGameThe Future of Gaming: How Metaverse is Changing the Gaming Industry 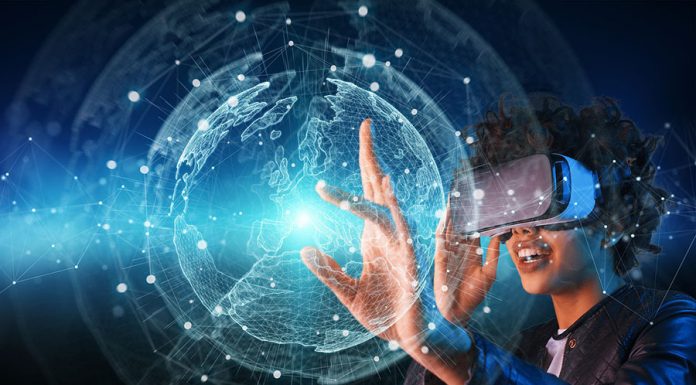 The way things look at the moment, it seems that gaming is an industry that will keep up its exponential growth well into the future.

The ride so far has been fast, bumpy, but also mostly fun and with increasingly beautiful scenery along the way. (We’re speaking of the breakneck speed of visual improvements in gaming of course.)

For the most part, the most immediately noticeable changes include a modern-day game requiring 100GB of space on your disk rather than just 1 a decade ago. Also, closely linked with this fact is that some of the cinematic trailers look like real-life films.

That said, there are some other changes in the world of gaming not immediately easily observable to the naked eye, so to speak.

The emergence of the so-called ‘metaverse’ has brought about a completely new way to look at social media, your online presence, as well as gaming.

In this article, we’re going to talk about the metaverse and how the gaming industry’s been getting more and more involved with it lately.

Read more in the passages below.

To answer the question of what is metaverse, the best way to describe it would be – a kind of virtual reality that exists as a parallel universe to the real world.

Of course, this may sound like science fiction, but metaverses already exist in the shape of social networks as well as an increasing number of gaming platforms that have the same kind of feel to them.

The interesting thing that started happening only recently, however, is that these online platforms and systems are slowly but surely starting to merge together.

The same principle is getting employed by other games and social media networks, too.

Unsurprisingly, it seems that the younger generations are more attracted to this idea than any other generation. In a recent survey, the Baby Boomer generation showed the least interest in attending an online music event, while the millennials and gen Z-ers seemed notably more open to the idea.

For many people, especially those 30 and older, gaming is a word they associate with single player shooters, and perhaps raiding a dungeon in WoW with their friends.

During the last couple of years, however, gaming;s become a term that increasingly includes the social component, where the line of games and social network platforms are getting more and more blurred.

Here are a couple of the most prominent examples of gaming in metaverse:

In part, gaming was always sort of a social category.

With metaverse, the social element is getting special attention by game developers, so to speak.

Other than simply inviting friends to games, metaverse seeks to integrate different games with social apps and make it all available on multiple platforms and devices.

This way, you can play the same game on a tablet on a plane, and behind the desk at home and talk to folks from around the world with ease.

This represents an interesting situation where immersive, often sandbox-like games, are used for purposes other than gaming itself.

As a result, a game can become a social hub for people to meet and chat, share their real-life stories and experiences, and pretty much do anything but play the game.

For example, there are Youtube channels now entirely dedicated to VR chats where war veterans share their stories. The game in this sense provides a setup where difficult topics can be discussed in a safe online environment.

The idea of playing a game to get to a certain level and then selling your profile is nothing new.

Some people even do this for a living quite successfully. It’s a way to utilize your knowledge and skill in the game.

As a part of the play-to-earn idea behind modern-day metaverse-inspired gaming, players are able to not only sell their profiles, but also sell assets they’ve amassed within games.

The currencies for this vary – sometimes it’s real-world money, but it’s increasingly cryptocurrencies, too.

… that includes AR and VR, as well as a platform to make it all happen.

Perhaps one of the best examples of this would be the recent Pokemon Go game where you get to go about your town and find Pokemon that you can tame and gather.

The Pokemon are then kept in your game inventory, even though you found them by walking through the real world.

The Tech Behind Gaming Development in the Metaverse

To make something as complex as a parallel internet reality work, several high-tech solutions need to be employed.

Not only that, these must work on a regular basis, so that the users can have a seamless experience that they can go in and out of whenever they like.

First things first, augmented reality is there for you to be able to catch Pokemon with ease.

VR is so you yourself can become the Pokemon of your dreams, so to speak.

Joking aside, these two work together to give the user a sense of functioning smoothly both in the real world and in the metaverse – since the shifts between these two environments are easy to navigate.

Another piece of high-tech software that represents the oil in the engine of metaverse.

For this to happen, the IOT component is crucial, as it helps you synchronize and update your devices, so that they all can be used for ‘communicating’ with the players and people in the virtual world.

Being able to replicate a real-life setting online can be a massive asset for companies and game developers alike.

This is where 3D models come in.

Maybe it’s a Charizard model and animation that you can pick up in the well-known AR game, or a replica of a factory grounds that you can visit online.

Whatever the case, 3D models can save money and make a lot of difference when it comes to availability of different locations and assets.

Built on blockchain technology, the Metaverse represents a series of platforms that are tough to corrupt but which also need their own way of performing transactions.

This is where cryptocurrencies come in.

Whether you want to sell some NFTs you made, or some assets you worked hard to accumulate in a video game, using a cryptocurrency can be a great way to move value around in a safe and efficient way.

Also, since cryptocurrencies can be exchanged for real life money at the end of the day, it goes to show that metaverse is not just an elaborate game that ultimately just wastes your time.

All in all, whether you like to hang out with people online and chat about your life while your avatar is Ugandan Knuckles, or you unlock treasure troves in games – Metaverse has got you covered.

What’s more, increasingly, Metaverse is becoming business-friendly, too, as many startups have their team-building sessions online this way. So, the bottom line is, we’re definitely in for an interesting next couple of years in terms of how Metaverse will dictate the tempo of virtual reality interacting with the real world.

Travis Dillard is a business consultant and an organizational psychologist based in Arlington, Texas. Passionate about marketing, social networks, and business in general. In his spare time, he writes a lot about new business strategies and digital marketing for SEO Turnover.