HomeGameThe World of Web3 Gaming: A Complete Guide Through Everything Important 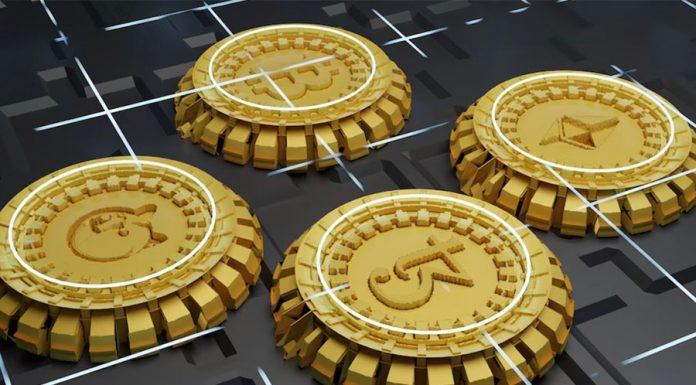 With technology evolving by the day, the internet and the web as a whole are also constantly changing. Among the various sources of entertainment, gaming is one of the most popular, and with the introduction of web3, new forms of games are quickly coming into the spotlight.

What was once considered a carefree way for children to waste their adolescence, is now becoming a massive tool in the crypto sector. With web3 gaming becoming such a big deal, it’s no surprise that you might be interested in digging deeper into this world. Luckily for you, this article will guide you if you are interested in web3 gaming. So, let’s get started, shall we?

What is Web3 Gaming?

If you are just learning about web3, we should start with a summary of what web3 gaming actually is. Games that include digital currencies, NFTs, or blockchain technology in the player’s experience are collectively known as Web3 games. These blockchain-based startups aim to give users greater control over their online personas and belongings.

Web3 games have the potential to be just as popular as other genres of video games, such as MMORPGs, puzzle games, and strategy games. Blockchain technology, however, provides cryptographically secured payment rails and provable ownership over digital in-game assets through NFTs, which help move these games ahead.

The Different Type of Web3 Games

Despite the relative infancy of Web3 gaming, there are free to play crypto games ios, Android, and other platforms. Several popular genres have evolved in recent years that use blockchain technology in interesting ways:

Play-to-earn, also called GameFi, is a system that offers monetary incentives in the form of cryptocurrencies or NFTs for playing video games. To begin making money in many games, you must first purchase one of the game’s assets, which can be done either inside the game or on alternative NFT platforms.

For example, Axie Infinity is a well-liked play-to-earn game because it lets users buy virtual pets with NFTs and use them to battle and breed for in-game tokens.

Another example is Zed Run, an online horse racing game in which players may buy, sell, and breed horses and bet on races.

Move-to-earn games are an extension of play-to-earn games that rewards players for moving around in real life. A prime example is the popular game STEPN which requires players to purchase or lease a set of NFT sneakers before they can begin earning rewards through the completion of various types of physical exercises.

These games are based on a straightforward premise: rather than really playing games, players simply explore the world and collect virtual items along the way. The new system will award gamers with rewards for doing actions as basic as walking. There are a number of companies that offer their customers games based on this concept, but Walken and STEPN are currently the two that have the largest user bases.

With social media content evolving with technology, metaverse worlds give you a new way of communicating with people on the internet. Metaverses are complex online environments where users can interact with one another and their creations in a convincing virtual setting.

As a means of encouraging teamwork and socialization, several metaverse environments feature game-like gatherings or gamification features. Players can purchase plots of land in The Sandbox and use them to create their own custom games.

Platforms like Sorare, which are based on traditional fantasy sports leagues, lets users collect online player cards, build lineups, and earn points based on how real-life players do. Hellebore is another example. Users can buy non-fungible tokens (NFTs) to guess the results of games in professional sports leagues.

How Gamers Can Earn With Web3

As a common mechanic, players in blockchain games can earn or buy virtual items known as NFTs. NFTs are digital tokens that can be used to prove ownership in a game. Video gamers are already aware of the idea of virtual goods like in-game skins, rare trinkets, and early access passes to new games. The Web3 protocol improves their safety on a blockchain. In-game NFTs can be sold on secondary markets, giving gamers a chance to earn extra money.

In the future, according to the principles of Web3 gaming, users will have greater say over their digital personas and the information associated with them. One day, crypto wallets may replace traditional single sign-on protocols, allowing users to centralize their login information without exposing it to unauthorized parties.

Products like Disco are emerging even though the innovation (and its acceptance) remain in its infancy. As a result of Web3, gamers can take their secure, personal digital identity with them as they explore different gaming worlds and experiences.

How to Get into Web3 Gaming

The first thing you need to do if you are interested in web3 gaming is set up a wallet to store your cryptocurrency. This is referred to as a blockchain wallet. Some gaming companies don’t require an external wallet. Instead, they provide you with one through the game, but it’s best to own your digital assets completely.

Next, you will want to invest time and resources to learn about content tools that the users generate. This is very popular in the world of web3 gaming as collaboration and contributions from the players are key in the design and experience you can convey via a game.

And lastly, if you’re setting out on any endeavor, it’s best to be educated on the finances. For both players and game developers, a proper understanding of cryptocurrencies and blockchain technology is a must!

All in all, whether you are a game developer or a player waiting to dive into the next big thing, it is always necessary to learn the key details so that you know exactly what you are getting yourself into.

If you are interested in web3 gaming, then now is the time to jump in! We hope this article gave you a brief idea of the world of web3 gaming, and we wish you good luck in your future endeavors.