Why eSports Are Here to Stay

HomeGameWhy eSports Are Here to Stay

Why eSports Are Here to Stay 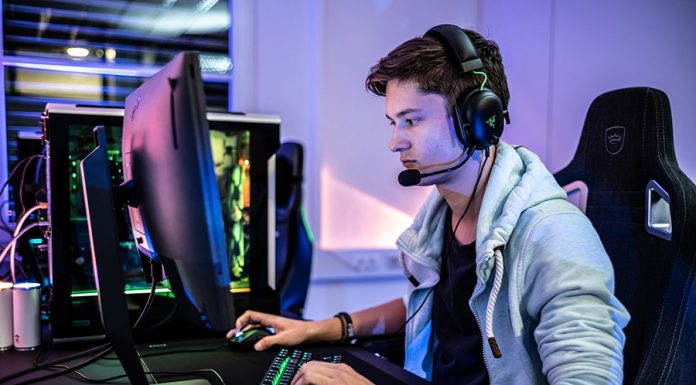 eSports has erupted onto the global stage in the last decade or so. Many teenagers and young adults are interested in the fact that they can play games professionally and earn money by making and broadcasting online content about them.

It was hard to imagine how far eSports had come in such a short period. Here are reasons why eSports are here to stay.

Previously, a game was only a form of computer enjoyment. The visuals were poor, and the creators were less concerned with the finer points. However, they sold like hotcakes. The introduction of smartphones alters the entire gaming landscape since they are small and portable.

People can now not only play their favorite game anywhere but also watch it over live streams and have access to data from the odds provider. Similarly, Sports consumption has increased as a result of the development of game-specific gadgets like PlayStation and Xbox, which are trendy.

Fans mark the yearly launch date for the latest versions in these gaming workstations. Visuals and functionalities have improved as technology has advanced.

2. They Are Pocket Friendly and Easily Accessible

There is much importance to eSports, and the maximum benefit is that they are available to everyone. Before, the initial cost was very high because fewer people were playing, and the manufacturers also needed to make profits.

However, circumstances have improved as the prominence of Esports has grown. Unique and famous games are available for free online. Many games available on the Play Store and App Store are free and accessible. Anyone can download and play them at their leisure.

Likewise, the gaming industry’s pricing is its defining factor. It does not necessitate any investment because everyone enjoys getting free pies.

The gaming industry’s biggest asset is the customer base. Many game players are between the age of 18 and 35. That means they are young and forward-thinking. In every game, the players are vital shareholders.

Games are created to meet the needs and desires of the players, and they must live up to their demands. Since the young customers are creative, they devise new techniques and tricks to help them progress throughout the game.

Similarly, they advocate for game updates that make it more interesting.

Many people assume that games and Esports are anti-social, but that is always a myth. Many connections have been created through online games where individuals from different countries meet to participate.

It is both a world and society in and of itself, having a share of its celebrity and heroes. Like the physical sport, fans get excited and go crazy for their favorite players. With the incorporation of one-on-one and team games, esports has become more socially active.

One of the most famous games, PUBG, has an open mic function that allows gamers on the same team to interact and coordinate. To increase views, some YouTubers create hilarious streaming videos. All of this contributes to the games’ sociability.

5. It is possible to Make a Living Doing It

Nothing gives a pursuit more credibility than the capacity to make it pay the bills. Expertise is what has propelled today’s sports to billion-dollar status. The world’s top esports teams are just as big a corporation, and it’s rising at a breakneck pace.

Huge companies are helping fund these teams because they recognize that by doing so, they are getting access to the next generation of users in the businesses where they play.

Proof of iGaming demand and rising popularity and consciousness of esports indicate that this is a worldwide thing.

Viewership and customer base provide oxygen to games. If a sport fails to attract many followers and users, it is considered a flop.

On the other hand, most games have a good chance of becoming famous. The emergence of gaming-friendly platforms such as Twitch and YouTube video content features has aided in increasing viewership.

Streaming allows well-known and famous players to link with their fans. Similarly, people can learn and earn money by streaming their games online. The use of custom Twitch badges and emotes are just two fun tools that brings viewers’ attention to their platforms as well!

Because legendary game players have a large following, new game developers mostly approach them for marketing. They take the role of influencers.

The Esports industry appears to have a promising future. It is fair to assume that games have advanced significantly, and this is not a bubble that will burst anytime soon. ESports and games are here to stay.