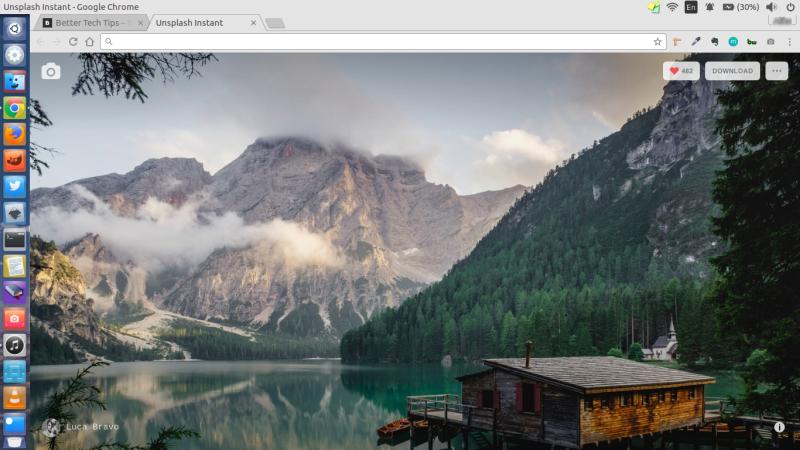 By default, when you open a new tab in Google Chrome, you will be presented a white background with a Google login form or Google Search box. That’s so boring. Isn’t it?

Like I said, there are Chrome extensions which enable you to eliminate the boring new tab background in Google Chrome and replace it with random stunning photos from creative photographers around the world, including the one that is made by folks at Flickr, a famous photo sharing platform. Here is the list. 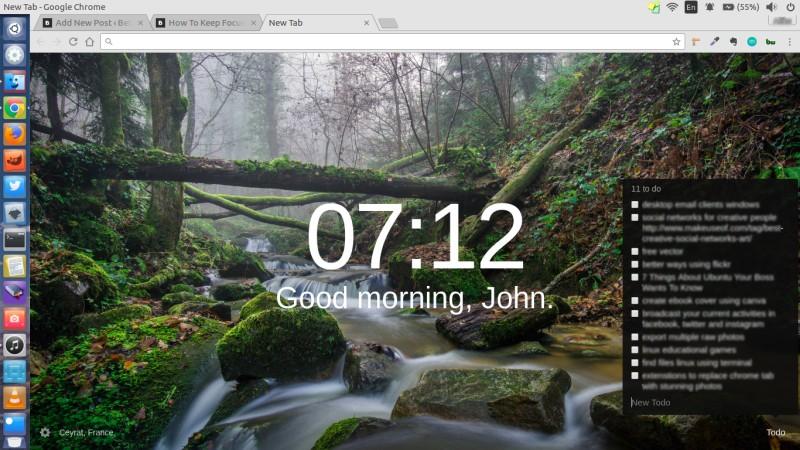 Have you tried using Momentum?. This extension helps you keep focused while working with Google Chrome. One of Momentum handy features is to-do list which you can use to write down all tasks you want to do today. But, the most interesting part about Momentum is that it will replace the white background of new tab in Google Chrome with random stunning photos (mostly landscape). You can also use your own photographs but you need to upgrade your account first to do that.

The background photo in Momentum will change randomly each day. Photos in Momentum are taken from Flickr. 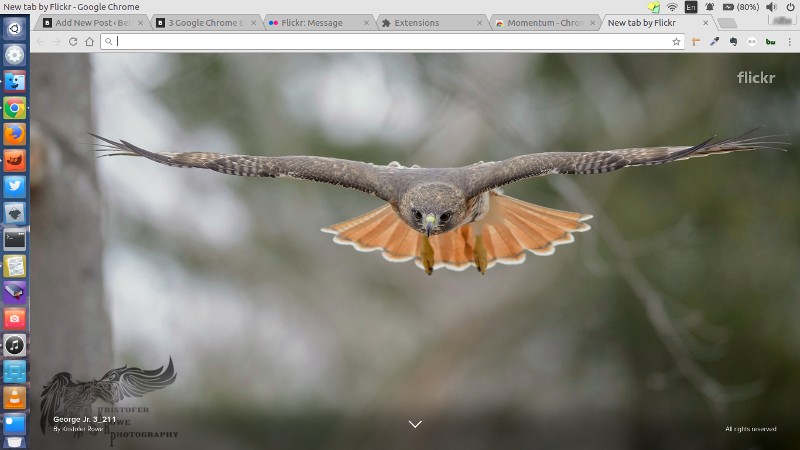 Flickr is one the famous photo sharing platforms. It’s also a powerful tool to store your photographs online since it provides a 1TB of free storage. If you are a photographer chances are you have been using this service too.

Flickr has an official Chrome extension called Flickr Tab which will bring the best shots from its site to your Chrome new tab. Unlike Momentum where you have to wait until tomorrow to see a new photo, Flickr Tab gives you a new photo every time you open a new tab in Chrome. Each photo contains brief information regarding the the photo like who is behind the photo and the license that is used by the photographer. Clicking on the image will take you to the original page of the photo. 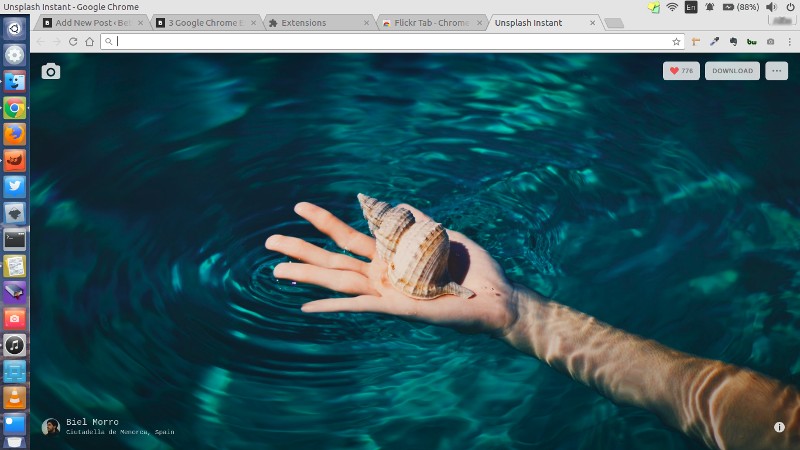 Unsplash Instant it pretty similar to Flickr Tab. It also offers you a new photo every time you open a new tab in Google Chrome. Each photo also contains brief information about the photo including the photographer behind the photo. You can also directly download each photo or give some “love”.

Haven’t heard about Unsplash?. Originally, it’s a free photos provider but the community of Unsplash is growing rapidly. Not all photos are accepted on this site. Only the ones meet the requirement will be accepted. 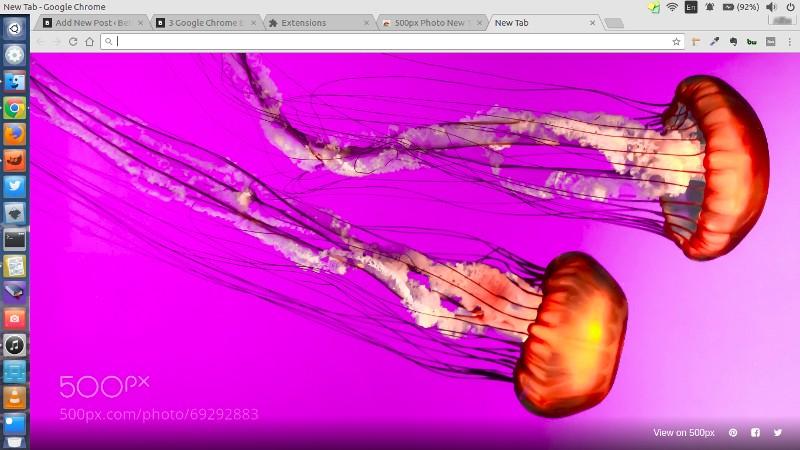 500px is another popular photo sharing platform. It’s well-known for its premium quality of photographs. 500px also has an official Chrome extension — called 500px Photo New Tab — that will replace the boring white background of Chrome new tab with random stunning photos from the community at 500px. You will also see a new stunning photo every time you open a new tab. If you get impressed with the current photo you can also directly share it to your social media accounts including Pinterest, Facebook and Twitter.