9 of the Best 1TB Portable SSDs Available in the Market 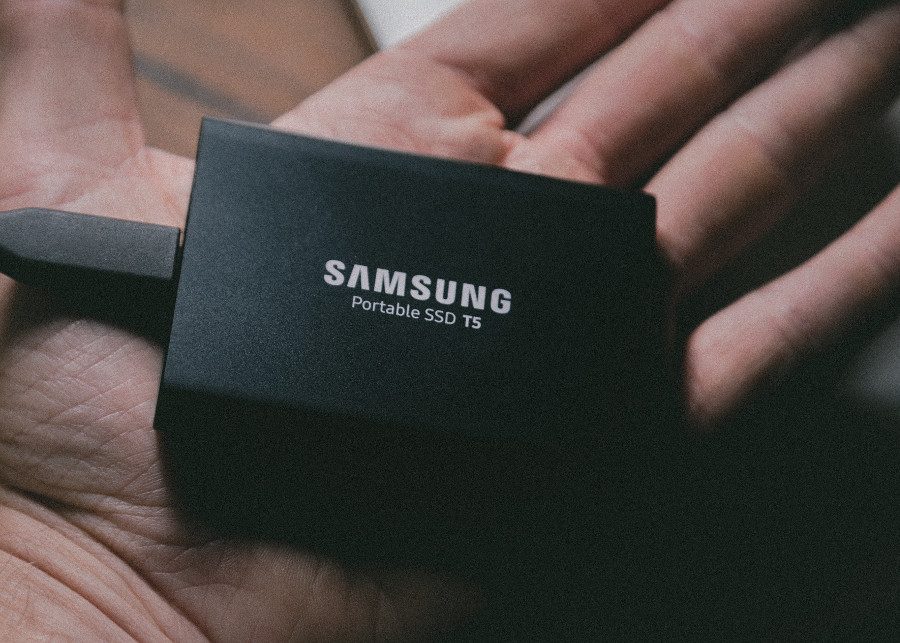 Despite its super fast performance, capacity is still becoming the major downside of SSD compared to HDD, especially when it comes to portable storage. Unlike HDD, portable SSD with the capacity larger than 1TB is not a common thing. Each manufacturer only has one or two portable SSD models that offer 1TB capacity or more.

Samsung, for instance. The giant electronic company only has Samsung T5 that offer 1TB capacity or larger. The major reason behind the less storage capacity of SSD (compared to HDD) is the component an SSD has. Unlike HDDs that rely on plates to store data, SSDs use ICs called controller to store data (read here to see the differences between SSD and HDD). The storing capability of an SSD’s ICs is less than a HDD’s plates.

If you want to look for a portable SSD with the capacity of 1TB, I have put together some models available in the market today. 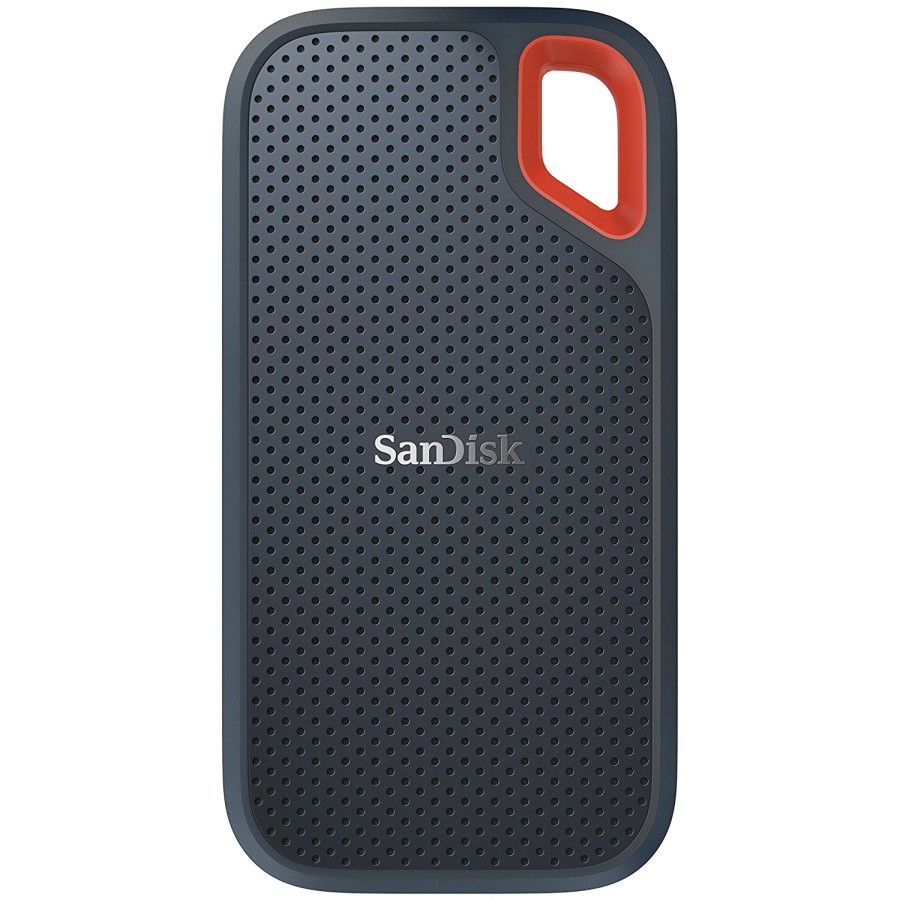 Check price
On the first list of 1TB portable SSD we have SanDisk Extreme. Extreme itself is one of the portable SSD models of SanDisk. The model is available in a wide range of capacity with one of which is 1TB. SandDisk Extreme comes with a pocket-sized design, making it ideal for on the go. There is a hole on one the corners of its enclosure which you can use to hang it off stuffs like backpack. The transfer rate of SandDisk Extreme is around 550MB/s, great for transferring large files. With an IP55 rating, it also stands up to rain, splashes, spills, and dust. 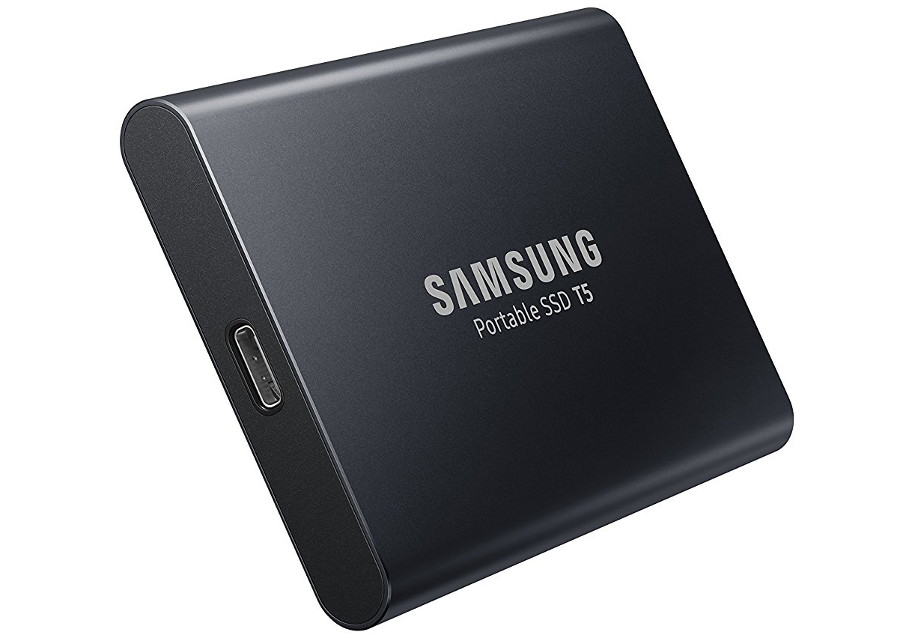 Check price
With its dimension only measuring 2.91″ x 2.26″, Samsung T5 can perfectly fit on your pocket. It’s also a nice choice if you need a completely portable storage device for a field job that requires quick data transferring. Who knows, you are a National Geographic photographer who frequently in a jungle duty. Samsung T5 uses the metal material as its enclosure, making it more durable. The portable SSD is capable of transferring data quickly with the rate up to 540 MB/s. Samsung T5 itsel is also available in a wide range of capacity. In addition to 1TB, T5 also offers 25GB, 500GB and 2TB of capacity. 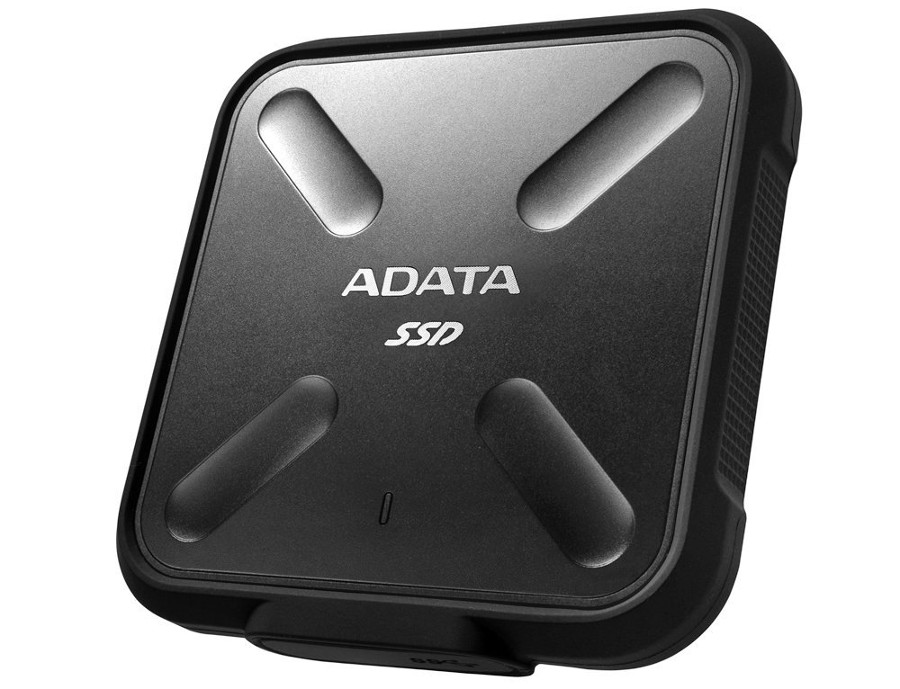 Check price
SD700 from ADATA also comes with a tiny size, measuring only 3.3″ x 3.3″, making it fit on your palm. ADATA SD700 is also ideal for an outdoor use since it has a rugged design. ADATA has been designed the SSD with a waterproof, dustproof as well as shockproof design. SD700 has a capability of transferring files with the speed up to 440MB/s. If you love a device with a square design, SD700 can be nice option. While two first 1TB portable SSDs above offer USB 3.1 for quicker transfer rate, SD700 still use USB 3.0. That is why the maximum transfer rate of SD700 is lower than SanDisk Extreme and Samsung T5. 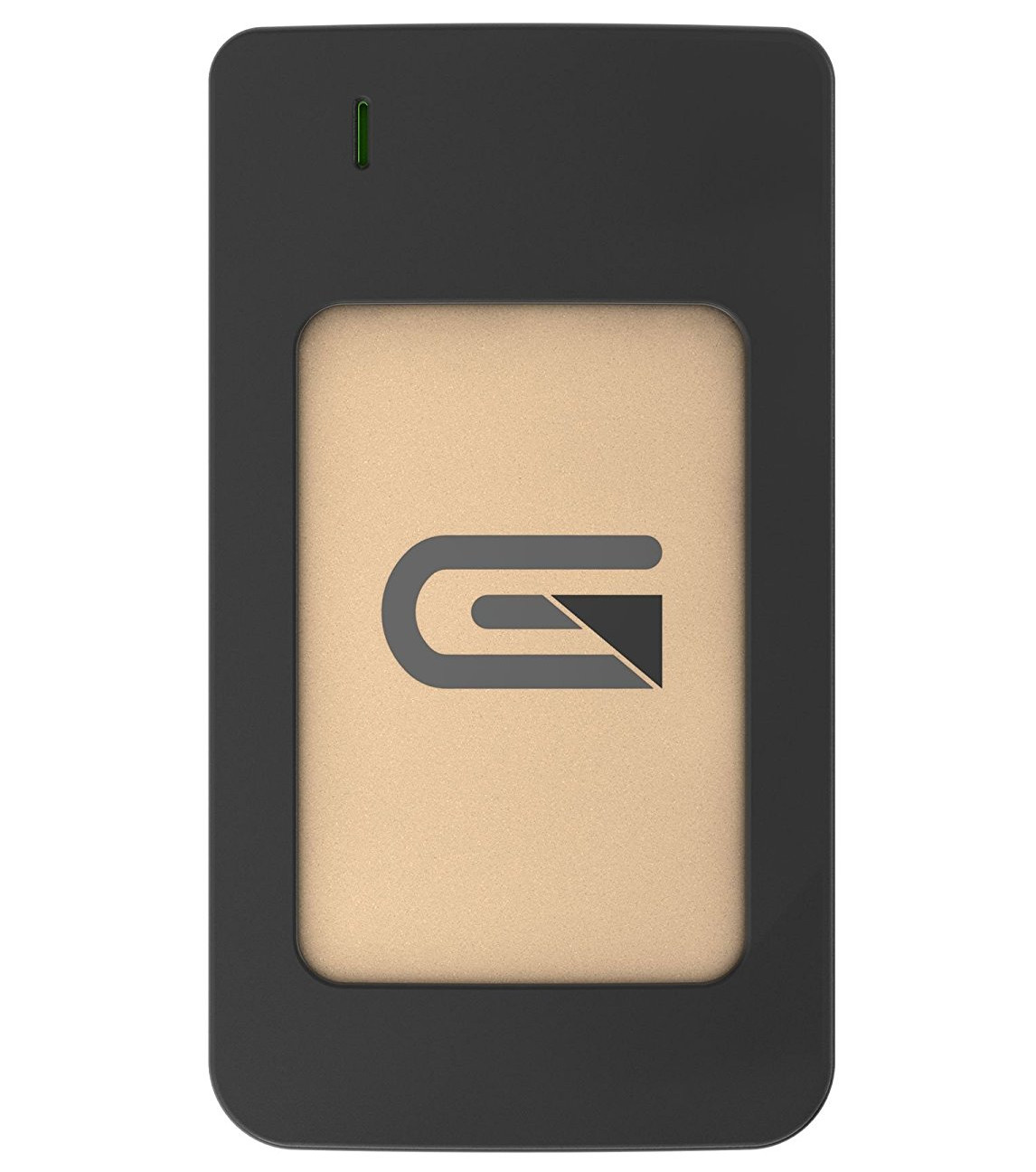 Check price
Using Mac? If so, then Glyph Atom RAID is probably the external SSD you are looking for. The SSD has been formatted for Mac, but you can also easily reformat it in order to make it works on Windows and Linux. Glyph Atom RAID has a USB-C interface that is compatible with both USB 3.0 and USB 3.1. Want a faster transfer rate? You can also use a Thunderbolt connector since the portable SSD is also compatible with it. Glyph Atom RAID comes with all aluminum enclosure. Rugged and shockproof enough. Glyph Atom RAID comes with a rectangle design with the dimension of 0.59 x 2.72 x 4.8 in. There are four color combinations you can choose: black black, black gold, black grey and black silver. 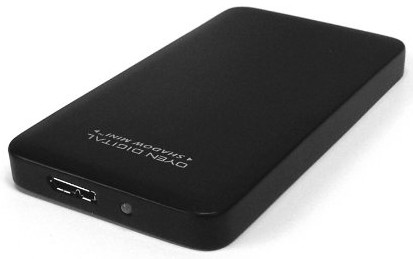 Check price
Shadow Mini is the portable SSD model from Oyen Digital. In addition to 1TB, the portable SSD is also available in other capacities, including 128GB, 256GB, 512GB and 2TB. It has a USB 3.1 interface that makes it possible to transfer data with the rate up to 575 MB/Sec. The SSD uses aluminum as its enclosure material with a rectangle design measuring 4.0 x 2.3 x 0.40 in. If you are looking for a portable SSD with a longer warranty, you can consider this item since it is backed with a 3-year warranty. 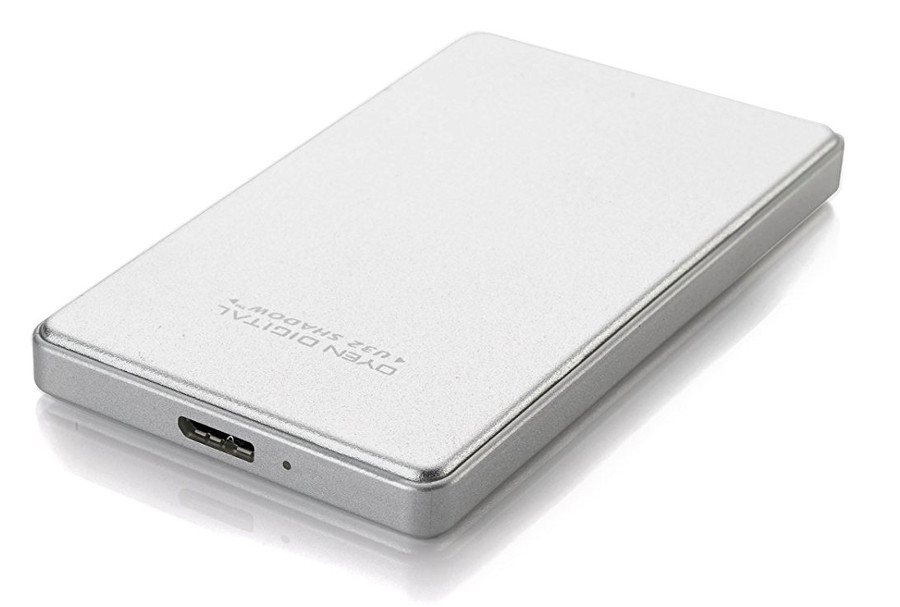 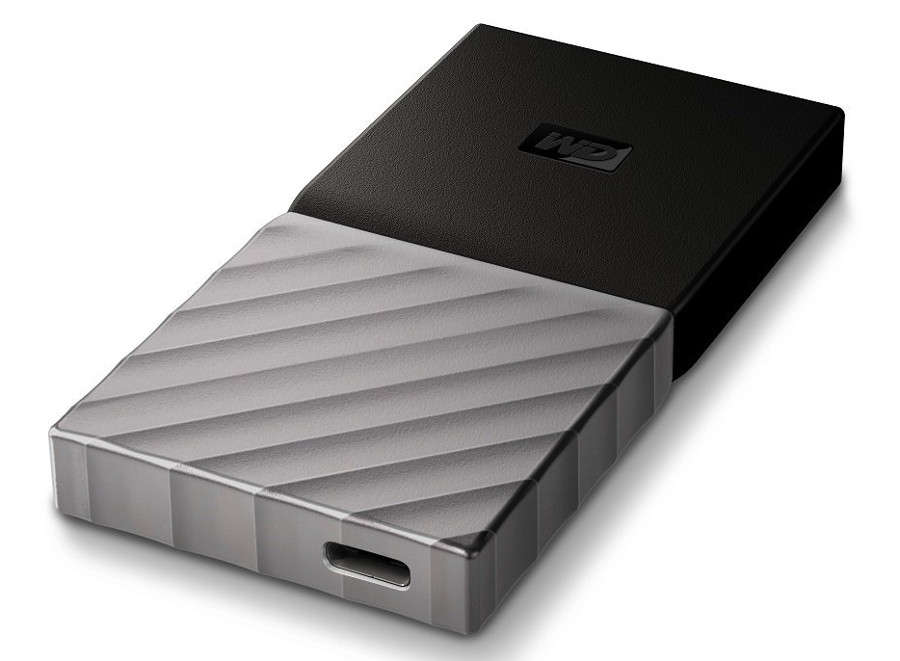 Check price
WD, one of the well-known storage manufacturers also has portable SSD series. One of which is WD My Passport SSD that is available in three capacity options: 1TB, 256GB and 512GB. If security is the aspect you consider the most when choosing an external storage, WD My Passport SSD can be a nice option since it comes with password protection with hardware encryption. The portable SSD is also a nice option for those loving a classic rectangle design. Other feature that may impress you is the auto-backup. The portable SSD is equipped with WD Backup software, making it easy to automatically back up files to your drive or Dropbox. 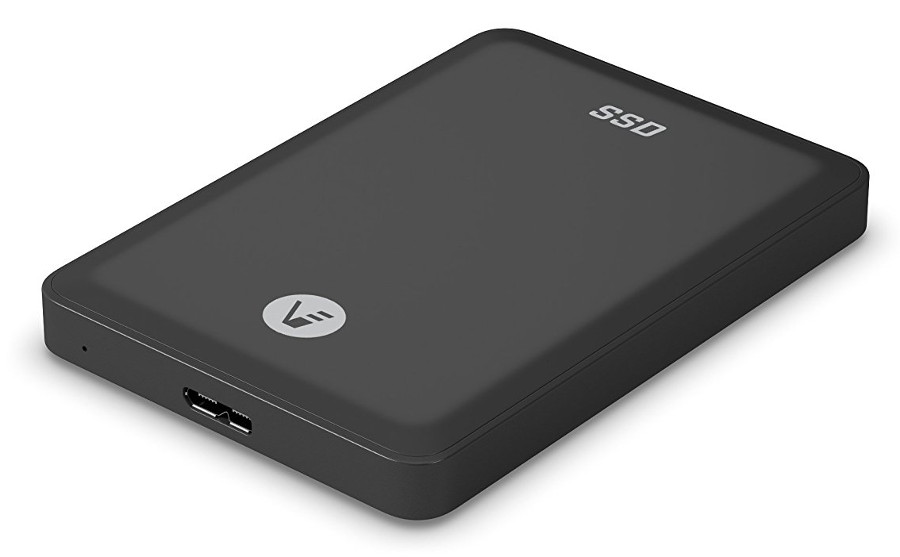 Check price
VectoTech Rapid is another portable SSD series that offer 1TB capacity. In addition, the portable SSD also offers capacities from 128GB, 250GB, 500GB, 2TB and 4TB. It has a 3.0 interface that is compatible with other USB versions as well. The maximum transfer rate offered by VectoTech Rapid is 450mb/s. VectoTech Rapid is formatted for Windows, but you can also reformat it in order to make it works on Mac. VectorTech Rapid comes in a classic rectangle design, which is lightweight and shockproof. 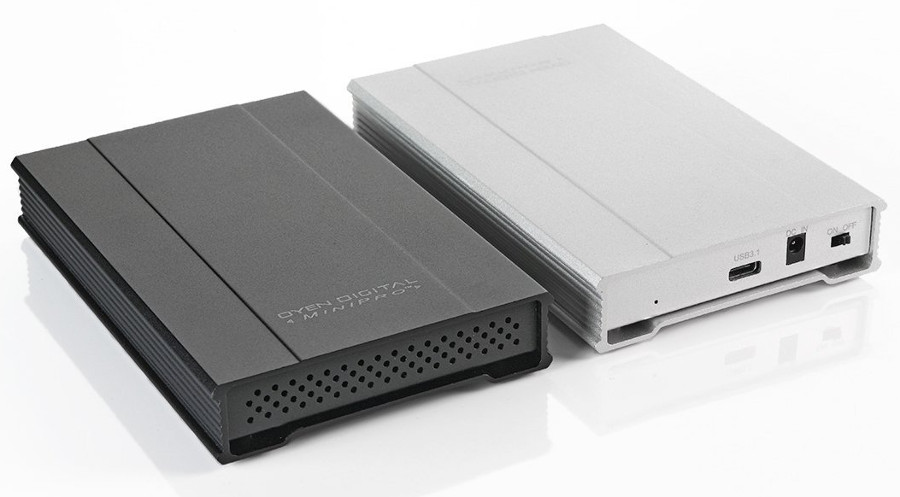 Have you been searching for some top best quality online file converters for easy conversion of your file and folder? If yes,...
Read more
Office

Dealing with documents is a thing every business can't away from, even if you are a freelancer. You need to create documents...
Read more
App

Students cannot live a single day without gadgets and applications. They use both: applications for entertainment and more efficient and simple studying....
Read more
WordPress

There are lots of ways to add a form to your WordPress site. If you have HTML knowledge, you can create an...
Read more
WordPress

If implemented properly, popups are great to maximize your marketing campaign. You can use a popup to generate more email subscribers via...
Read more
Office

Whether you want to create a document for business, personal, or education -- starting from a template helps your job easier. Microsoft...
Read more

How to Check Graphics Card on Windows 10

6 Tips to Speed Up Your WordPress Site

How to Choose the Best Recovery Service Near Me? 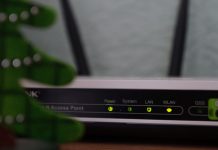