A History and Overview of Refrigerants

HomeHardwareA History and Overview of Refrigerants

A History and Overview of Refrigerants 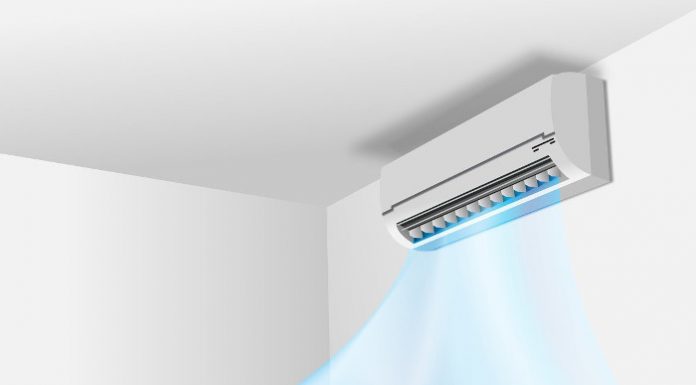 HVAC technology is continually evolving and we are blessed with a higher standard of indoor comfort than our ancestors could ever have dreamed of. Can you imagine your life without air conditioning today? Can you imagine not being able to indulge yourself in a relaxing and invigorating stream of cool air with a single click of a button? Can you imagine not being able to hear the slow wheeze of your air conditioning system as it turns on and slowly starts pouring crisp air into your home or your place of business?

We can’t, and we’re certain your customer can’t either. When this happens, you always contact HVAC professionals to repair your ac unit in Lakeway, TX or salt lake city cooling immediately. However, air conditioning had to begin somewhere, and the beginning of what we now know as HVAC is, believe it or not, quite interesting. Not everybody loves a good history lesson, but it can be fascinating to learn more about the inception of the idea of air conditioning and its subsequent development.

What is the History of Refrigerants?

If we’re going to really take it from the top, air conditioning originated in prehistoric times when ancient Egyptians implemented a wide array of passive AC techniques to cool down their buildings. Also, people from different parts of the world developed similar techniques at approximately the same time as the Egyptians.

These passive techniques would remain in effect for a long time until the first inadvertent attempts that would lead to the creation of what we today know as air conditioning. As with many other inventions, refrigeration and air conditioning came about as a result of the attempt at something else, and it all began many years ago by a well-known inventor.

It all began way back in the 1750s when a man we all know started experimenting with evaporation of liquid ether through the use of vacuum. While performing these experiments, Benjamin Franklin discovered a significant drop in the temperature of the liquid that remained behind. And this was the inception of the idea of using liquid compression and evaporation to make the living and working areas more comfortable to be in.

However, the first true attempts at creating air conditioning didn’t come to pass until approximately a hundred years after Franklin’s initial experiments. It was an Australian, James Harrison, who submitted a patent for the machine capable of using gas compressed to liquid state that would get evaporated again in a never ending cycle to make commercial-scale ice cream.

It took less than a year for many Australians across the nation to begin refrigerating their drinks and meat. By the year 1895 the majority of the industrialized world would start using this type of cycle to enable refrigeration. The refrigerants used in the early days of air conditioning were mostly toxic or flammable.

By the year 1920 refrigerants with hazardous properties became a serious issue that incited large corporations to try and come up with a safer, more efficient alternative. This resulted in the creation of an entirely new class of chemicals – chlorofluorocarbons – a mix of carbon, chlorine, and fluorine. It was non-flammable and non-toxic, and it offered exceptional compression and heat transfer properties, making it a great choice for refrigeration.

However, this chemical compound had a single downside – nothing can break it down apart from ultraviolet light. Then, during the 1970s, scientists discovered that CFC is, actually, not harmless. When the ultraviolet light breaks its chemical bonds, chlorine atoms become free and they start breaking the volatile molecules of ozone into oxygen. What’s more, this reaction does not eliminate the chlorine, allowing it to keep destroying ozone in the process. This damages our planet’s ozone layer, increasing global warming.

This led to the banning of CFC and the invention of new, more environmentally-friendly refrigerants that the world uses today, such as HFC and HCFC variants. These non-ozone depleting refrigerants became widely used in the year 1995, and they still remain used in the majority of heating and air conditioning systems across the country and the world.

However, although the HFC and the HCFC refrigerants have less global warming potential than CFC refrigerants, they’re still not completely environmentally friendly. They are considered high GWP solutions that are going to be phased out by the year 2030.

The current replacement for these types of refrigerants is the HFO, or hydrofluoro-olefin refrigerants with low GWP. As for the far future – the industry is constantly trying to invent new refrigerants that will provide better performance at a low cost for our environment. In the meantime, you can maximize the performance of your cooling unit by hiring an ac services technician or this popular AC Repair to provide the maintenance it requires. You can also call for your air conditioning services in Corona De Tucson or look up ac repair near me in Farmer City, IL if you’re near the area. So, replace your old air conditioner and get a new one today. Visit sites like aircarecharlotte.com for additional guidance or consult HVAC professionals.