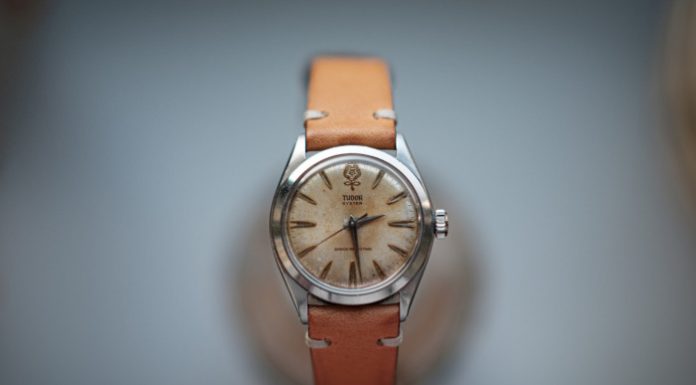 Wilsdorf founded Tudor in 1926 to provide a more affordable alternative to his luxury watch company. This year saw the registration of the trademark “The Tudor” by watchmaker Veuve de Philippe Hüther. When Wilsdorf officially took over the company in 1946, the name was changed to Montres Tudor SA.

Today, the company is still a Rolex sister company and is owned by the Hans Wilsdorf Foundation. Through the years, Tudor has progressed and begun to gradually introduce their in-house movements, demonstrating that they are more than just a “poor man’s Rolex.” This evolution focused not only on technology but also on design, taking cues from previous successful launches and steadily developing. Here’s the list of the awesome Tudor watches.

Tudor is well-known for its dive watches. The Tudor Oyster Prince Submariner (reference 7922), a self-winding watch with features such as waterproof to a depth of 100m, large hour and hand markers and legible materials, and a bidirectional rotatable bezel, was released in the mid-1950s.

The Tudor Oyster Prince watch has a long and illustrious history. The British North Greenland Expedition, organized by the Royal Navy and sponsored by The Queen and Winston Churchill, used 25 (some sources say 26) Oyster Prince watches in 1952.

One of Tudor’s most popular dive watches is the Black Bay collection. These iconic timepieces, which were first introduced in 2012, feature elements inspired by Tudor’s history, such as the domed dial and crystal, as well as the angular hands (snowflake).

These pieces also include Tudor’s first Manufacture Calibre, which was presented in 2015 and is characterized by the brand as a high-performance movement of high accuracy and validated reliability.
The Tudor Black Bay Fifty-Eight, which is inspired by the brand’s watches from the 1950s, is one of the most popular watches in this collection. This is ideal for those looking for a diver’s watch with a vintage vibe–something that can be worn for sports but also looks good with a nice suit. This waterproof watch has stainless steel or leather straps and a sleek gold finish on the hour, hands, and minute markings.

At Baselworld 2019, Tudor introduced new Black Bay models, including the 43mm Black Bay Bronze, the Black Bay PO1, and the Black Bay Chrono S&G (Steel and Gold), which was encouraged by a 1960s prototype advocated by the US Navy. The Black Bay is frequently compared to the well-known Rolex Submariner. One review compares the Black Bay to the Rolex classic, classifying both as a Splurge or Steal.

When it comes to the Black Bay’s homage to earlier Tudor dive watches, it emphasizes Tudor’s efforts to draw inspiration from vintage, tried-and-true models. The latest watches use Tudor’s in-house movement rather than ETA 2824, which makes them more desirable from a horological standpoint.

Tudor’s Pelagos line watches have a distinct feature: titanium bracelets with a folding clasp and a Tudor-patented auto-adjustable spring that enables the person wearing to fine-tune it while diving: “contracting when the combination is compressed at greater depths and expanding when the pressure returns to normal during the diver’s return to the surface.”

The escape valve feature on the Pelagos watch, which is water-resistant to 500m, protects the watch from damage during saturation dives. These watches also feature the new TUDOR Manufacture Calibre MT5612 movement, which is certified by the Swiss Official Chronometer Testing Institute (COSC) and has features that make the watch resistant to shocks and vibrations.

The Pelagos bracelet is lightweight—lighter than stainless steel—because of its Titanium construction. This is the first watch in the Rolex family to be made of the material. The matte finish, which protects the watch from scratches, has also gotten a lot of praise.

The North Flag collection is ideal for those looking for a more casual, sporty-looking Tudor watch. Tudor eventually released watches with in-house movements, which are included in this collection. This line, inspired by the Oyster Prince watches used during the British expedition to North Greenland, has approximately 70 hours of power reserve—as Tudor explains on its website that 70 hours implies that its owner can, for instance, remove the watch on Friday evening and put it back on Monday morning without having to wind it.

There’s also an automatic date display at 3 o’clock, a power reserve indicator (the disc at 9 o’clock), and a one-of-a-kind satin-finished steel bracelet that’s integrated into the case. Because of the in-house movement, the North Flag collection was one of the most anticipated watches when it was introduced in 2015 at Baselworld.

As previously stated, Tudor is a brand that draws inspiration from vintage models. The Heritage Chrono collection is a modernized version of the popular Tudor Monte Carlo Chronographs from the 1907s. This demonstrates that the company excels at refining, improving, and optimizing its timepieces. This line’s watches were also the first to include an additional fabric strap. There are two Tudor Heritage Chrono models to choose from: grey and black dial or opaline and blue dial, both with a steel bracelet or fabric strap.

These are just a few of Tudor’s best-selling concepts for watches. Tudor began as a company that offered less expensive watches than Rolex, but it has evolved into much more over the years. The company continues to innovate and create better timepieces—watches that can withstand a beating, using the best new technologies and materials—which has earned it global fame.