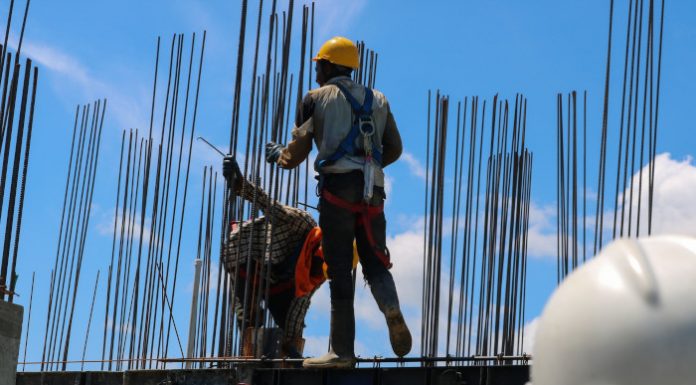 Even with features such as traffic cone and construction fences, security is still a significant concern in this industry. However, with wearable technology’s introduction and adoption, safety will be taken a notch higher in the construction sites.

The following are ways of how wearable technology will reshape construction zone safety.

Communication is vital for smooth operation in the construction site. When the people working in an area can keep in touch with another and pass the message swiftly, they can warn each other of any impending danger.

This is especially important when some workers are operating remotely. When there is a safety concern in the construction site, they will be alerted through wearable technology.

Therefore, it requires extra precaution to stay safe when working in such areas. Wearable technology can help detect such instances, such as a change in pressure, gas, or other elements that may pose a risk to workers.

Furthermore, they can be programmed to warn workers when they are going into restricted areas. Even if a construction area has safety warnings such as a traffic cone, some people may ignore or forget about them. However, if they have wearable technology, there will be no chance of missing any safety precautions.

Working in construction sites can be draining. Sometimes workers may go beyond their limit without knowing. Besides, some workers may have health issues but still need to work to meet their needs. Such workers are vulnerable to risk exposure.

For example, if a worker has diabetes or other sugar level-related issues, and then they overwork, they may end fainting or becoming weak, which is not only a risk to themselves but also other workers. These workers may be operating heavy machinery, and if unfortunate instances such as losing consciousness occur, they may cause accidents.

However, if such workers have wearable technology, it can help monitor their health and warn them to stretch themselves beyond the limit.

Even if workers don’t have an underlying condition, they can use wearable technology to monitor their health and warn them about a change in their body, such as a sharp rise in body temperature.

Besides, with wearable technology such as a smart cap, workers will be protecting their heads physically and internally. They can detect fatigue, sleep, and proximity to heights. This way, they will take the necessary measures to protect themselves and keep others safe in the construction site.

Failure to effectively monitor heavy machinery is one factor that causes accidents in construction sites. For example, workers may come too close to machinery and end up being causalities. Besides, these types of machinery can affect a structure’s stability if they operate too close to it, such as digging near another system’s foundation.

However, wearable technology can help avoid such unfortunate incidences by monitoring all the machinery’s movement in a site. When machines are too close to each other, the operators will be warned.

Furthermore, construction workers can have wearable embedded on their clothes to warn them of danger when they are too close to working machines.

One cause of accidents in construction zones is when workers try to multitask. For example, if a machine operator receives an urgent call when they are working, they may make errors resulting in an accident.

However, wearable technology ensures the workers have their hands free to do only construction duties. If they need to communicate, they can do it without stopping what they are doing.

Wearable technology is changing the construction realm for the better. It improves the safety of construction zones by ensuring there is swift communication, monitoring and alerting of danger, checking on the overall health of workers, GPS monitoring, and facilitating hands-free interaction.

If you are in the construction field and only rely on the conventional safety measures such as traffic cone, you need to go a notch higher by embracing wearable technology.

Previous articleAirbnb Messages: Best Practices to Follow for Automation
Next articleChallenges of Building a DIY PC Case with CNC Machines

UVC Disinfection for Hospitals – Everything You Need To Know

Emergence in new technology has made it possible for hospitals to use robotic technology to disinfect various hospital areas such as patient...
Read more
How To

For the best electrical and electronic test results, it is necessary to check the accuracy of a Digital Multimeter (DMM), as defined...
Read more
Hardware

Technology continues to evolve at such a fast pace that every year new and better models of computers are released. What this...
Read more
Hardware

Things You Need to Know About Electronics

Electronics have become one of the most important parts of everyone’s life. It has become a necessity and is known for making...
Read more
Hardware

Things You Will Find in Your Mattress

If you are a germ freak, then this article is not for you. Because here we will tell you about the creatures...
Read more
Hardware

Best Kitchen Cabinets Near Me

Trying to find the best kitchen cabinets near me for giving your kitchen the ultimate sense of visual aesthetic pleasure? K&B Cabinet...
Read more