Better Tech Tips
Home Hardware Omega Seamaster: Is it Worth The Hype?

Omega Seamaster: Is it Worth The Hype? 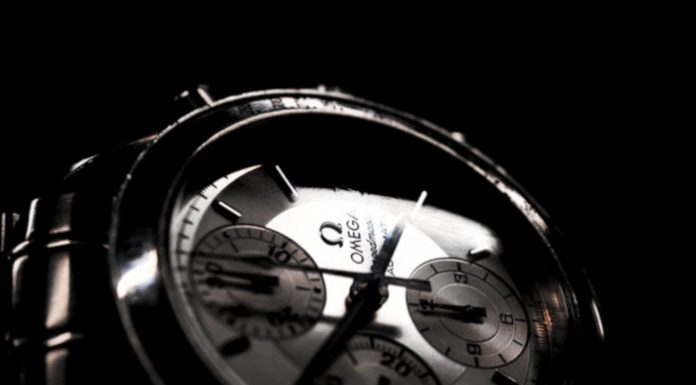 The Omega Seamaster is a popular watch. With a history as rich as the heritage of its brand, the watch in itself is quite the cool kid among the bevy of your usual diver’s watch. But does it live up to the hype? Read on to find out, as we reviewed Omega’s superstar and see it in a light that’s never been subjected to before. The result? It may be one of the best watches in the world right now.

Touted as the James Bond watch, the Seamaster collection of Omega has a long history of being the king when it comes to underwater watches. And within good reason — it holds the deepest dive with the specialized Planet Ocean Ultra. But what we have in our hands was the regular Seamaster 300M.

It’s a diver’s watch, sure, but what we’ve soon come to realize is this: The Seamaster may be the best all-arounder we have had the pleasure of reviewing for a long time. Hear us out: the Seamaster is marketed as a diver’s watch, but it also is a great everyday watch. Omega is one of the top watch brands in the world, so you don’t need to be a diver to appreciate what it does, and what it does is just great all-around.

The one we’ve had was the updated steel and Sedna gold version, introduced by Omega in 2018 Baselworld. It’s not just an updated version of the Seamaster from years prior — with changes from internal to external parts of the watch, it’s fair to say that the new Seamaster 300M is a new watch altogether.

And it did work like a new watch. Under the hood, Omega’s caliber 8800 movement powers the watch, the first time the Seamaster is given an in-house movement. The previous models had the caliber 2500, a trusty classic. The 8800 is a wonder in its own right, with co-axial complication and silicon balance spring.

The power reserve is capped to 55 hours, but that’s because the movement is also powering an anti-magnetic feature that can withstand up to 15,000 gausses. For the uninitiated, that means the accuracy of the movement can withstand great depths. If you want to see the movement up close, you have to turn the watch over, as it’s featured heavily by the transparent crystal sapphire back case.

All in all, with our daily tests, the Seamaster 300M is as accurate a timepiece as it is good-looking. It starts a couple of hundred dollars over $4000, and we say you get your money’s worth and more. It a hefty watch, but not bulky. The weight is considerable in your wrist, but nothing drastic that it’ll weigh down your movements.

The rubber strap is as functional as it sounds, but since you’re paying for a premium, why not put in another $100 to get a stainless steel clasp? Trust us, it makes the watch look better, plus you’re giving it the dress watch treatment if you do so.

It goes without saying that we ridiculously like this watch — and that’s not because of we rever at what Omega has been doing in its watches for a long time. No, the Seamaster gets our nod of support by its own merits, and you’re a fool if you are going to pass this great of a watch for a Submariner.

With that being said, the Seamaster 300M is in a class of its own. With a new in-house movement at the heart of its operations, updated case materials, and design, it’s the best all-arounder watch we’ve seen in a long time. For connoisseurs, it’s time to update your collection, because the new king is here.

7 Gadgets that Make Life on the Field Much More Tolerable

Life in the field can be a bit rough. With all the struggles of field life, any soldier would yearn for the happiness that...
Read more
Hardware

10 Most Incredible Tissot Watches This 2021

Tissot has long been recognized as one of the world's leading pioneers in the art of watchmaking, with horological roots dating back over 160...
Read more
Hardware

5 Portable Closets to Help You Organize Your Things

You have an incredible home and also a very amazing collection of clothes that you are emotionally attached to and refuse to part with....
Read more
Hardware

Wilsdorf founded Tudor in 1926 to provide a more affordable alternative to his luxury watch company. This year saw the registration of the trademark...
Read more
Hardware

How Technology Can Improve the Lives of Elderly People

Technology has come a long way and these days it can help with everything from driving a car to turning your lights off at...
Read more
Hardware

Whether you are an industry owner or having a commercial space, you would know the importance of heaters to provide a comfortable working environment...
Read more