The Evolution of Car Design Over 100 Years

The Evolution of Car Design Over 100 Years 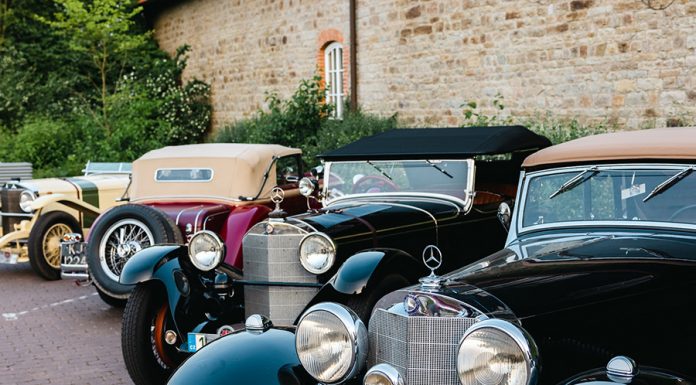 Have you ever wondered why a car has a certain look? How do different brands differ from each other? Every brand has an emotional message and a recognizable “face”. We can easily distinguish a 1990s model from a new car, and we can reliably identify a French or Japanese car in traffic. Let’s try to determine how it all began and how it ended, how automotive design has developed from the 1910s to the present day.

It was only with the participation of Henry Ford, who adopted assembly line production, that ICE cars became widely available. Just think, the same luxury car industry began with the name of this person, which allows us to drive the most exclusive cars today. And even those who do not have the income level of a millionaire to buy a luxury car can afford to rent a car, for example, thanks to the service https://renty.ae/types/luxury. To fully appreciate the benefits of hiring a car, just take a look at the prices of renting a car “by occasion” and compare it with buying the same car and the cost of maintaining it. Moreover, on vacation or a business trip, according to this Source you definitely cannot take your expensive car.

But hiring a car from a Brisbane airport car hire while traveling will be much easier to arrange. The Ford Model T was launched in 1908. By 1927, 15,000,000 pieces of equipment had been built. This car has become a template in the automotive industry for further design. This model used the features of early cars – without doors, windshield and windows.

The wheelbase was observed to be lengthening during this time. Production began to prioritize closed-body designs. The design, identical to tractors, was able to be abandoned thanks to the quick expansion of infrastructure made possible by paving roads with asphalt. Lower and more refined types subsequently started to emerge. Mother-of-pearl shades and enamel elements also came into fashion.

Monocoque – a huge engineering innovation of the time, which made it possible to make the body lighter and stronger. This also affected the aesthetics. Many elements, including fenders, headlights, began to be installed in the body. By that time, 2-color design had gone out of fashion. Large companies began to form their own style of design of elegant and luxurious cars. Appearance began to play an increasingly important role.

The growth of the automotive sector was significantly halted by the Second World War. The pontoon style, however, simultaneously took an entirely different turn. It required integrating the fenders and headlamps into a single, continuous structure.

Many American manufacturers changed their business models after the war and started making bigger cars. On the other hand, Europeans reduced production and increased its mobility in the city. The MINI Cooper, VW Beetle, and Citroen DS might be regarded as the foundation of this era. Pastel colors started to be used by manufacturers around this time.

Many businesses abandoned the “boat” designs during this time. Nissan and Toyota provided a less burdensome design ethos. The Ford Mustang and Chevy Camaro, however, were two new muscle cars produced at the same time by American manufacturers. They had a low profile cab and an extended hood. using metallic paints initially.

A turning point for the American auto industry, which involved the abandonment of overall and muscular cars. To counter the influence of foreign imports, the Americans decided to start assembling their own subcompact cars. Ford Pinto and AMC Gremlin managed to attract attention. They used a terry interior and vinyl roofs. The 1970s can be considered a period of experimentation with color, when bright shades began to appear. Porsche presented its 911 in 39 colors.

The period of universality – so it was remembered by many. At this time, consumers began to turn a blind eye to the external design, as fuel efficiency and safety came to the fore. Then almost all manufacturers abandoned the bright design.

The global auto industry decided to remember 1930 and 1960 when elegant body lines were used. Wedge-shaped sports cars began to leave the market, as did sedans, which received the nickname “breadbaskets”. The most famous representatives of this era are Mazda Miata and Porsche 911.

The new decade and century opened the way to a different design of vehicles. Manufacturers no longer adhere to a single format. This became a big problem – no general trend could be found in shapes and colors.

Our cars contribute to air pollution, so the modern design of today is an environmentally friendly one. Green, white, and gray are the hues used. The current trends in vehicle design might be characterized as rigidity and modesty of line. High-tech and uv protection for your car are two cutting-edge trends that the 21st century introduced to us.