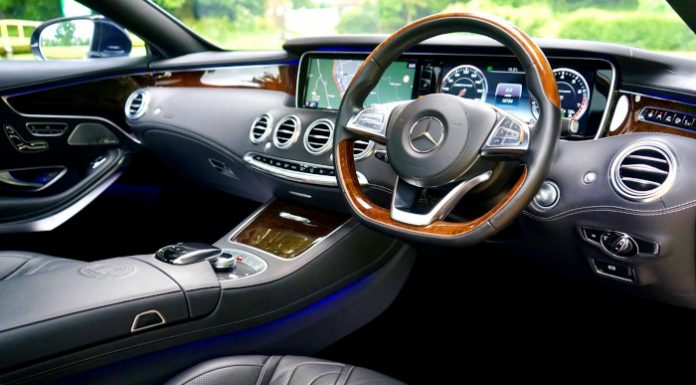 Since the 90s, cars have slowly but surely been moving from simple means of transportation to technological powerhouses that take you from A to B with maximum safety and convenience. The auto tech market that facilitates this progress was valued at over $217 billion last year, and is expected to grow 7.9 percent each year until 2028, according to Grand View Research. The role of automobiles in modern life is bigger than ever before. The demand for services like Uber is only one of the factors that reflect that.

In mid to high trim levels, advanced tech such as lanekeeping systems and collision warning sensors serve as buffers to keep cars in a bubble of safety. But there are some obstacles that require drivers to adapt in a specific way. This includes things such as encountering an iced-over or flooded part of the road.

This is where a real-time hazard detection system would be invaluable. Porsche is currently working together with Vodafone and a mapping tech enterprise called HERE Technologies to provide their vehicles with active hazard scanning. Using an advanced sensor array in conjunction with a forward camera, the in-car computer links up to HERE’s mapping system to fetch a hazard assessment of the road ahead. This data is refreshed constantly, supplemented with data from other drivers in the network thanks to Vodafone’s 5G capabilities.

From Porsche comes another innovation, focused on adding increased functionality to onboard infotainment systems. Designated Porsche Communication Management 6.0, it will ship with the new Panamera, 911, and Cayenne. Aside from using voice recognition to control content streaming, drivers can also use voice commands to navigate and diagnose vehicle health in real time. The vehicles packaged with this tech are launching this very summer. The PCM 6.0 is definitely one of the more robust devices among the roster of incoming car tech. So, if you want to get on the ground floor of this new wave of in-car gadgets, then go for PCM programming near me. It is probably the best method to digitally represent sampled analog signals.

Just remember to look up different car makes and models from dealerships near you to find out where to get the best deal. Certain dealerships might take advantage of sought-after trendy tech like this and add a little on top of the sticker price.

The system is compatible with Apple Music and Podcasts, alongside Apple Carplay. Android Auto will also work with PCM 6.0, albeit wired. Its navigation and other technical features are triggered by the prompt “Hey Porsche” to call the system’s attention. Then, the driver can make simple statements such as “I need gas” to receive directions to the closest gas station in the area. Diagnostics and other mechanical info are displayed on the dash mounted touch screen. Users can also make schedules and take calls using that interface.

A while back, we could only speculate about the benefits that AR could provide to vehicles. But innovations from automakers like Volkswagen have shed light on just how useful this piece of in-car tech can be. Built into the upper trims of the ID 3 and 4, Volkswagen’s Augmented Reality HUD can project information about objects up to 10 meters ahead of the windshield.

The device combines near display, which functions like a traditional windscreen hud, with long-range display that highlights your recommended path. The long-range display also tells you the street you’re on, and information about notable buildings in the area, such as museums and restaurants. The near display tells you vital information about your vehicle, such as speed and gas, without requiring you to look away from the road.

Newly released Automotive Stuff like these can result in good things for cars coming out at lower trim levels. Once the tech matures, we can expect them to get implemented more seamlessly into average and more affordable auto models.

How to Add Lighting into a Modern Bedroom

Lighting is a necessity within any room, and particularly when the sun goes down, it is great to add atmosphere and ambiance to a...
Read more
Featured

Construction is a booming industry, and it's only natural that construction technology has been advancing exponentially. These innovations are the building blocks to shape...
Read more
Hardware

Are you looking for a DJ kit that will help you get started with your career in the music industry? There are many different...
Read more
Hardware

5 Home Technologies You Should Get Your Hands On in 2022

There is no denying the fact that technologies make our lives easier and better. We use them for entertainment purposes as well as to...
Read more
How To

A lot of people, mostly young guys, lack horsepower in their car, everyone loves speed and so they want to add that HP to...
Read more
Hardware

The digital era has led to great advancements and has changed many industries. For the consumer, life has forever changed after the progress of...
Read more