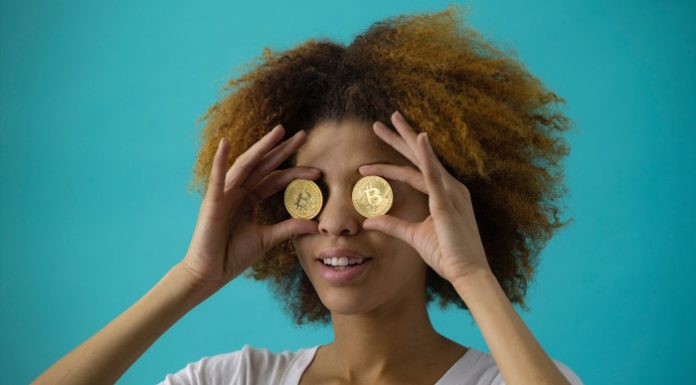 Cryptocurrency is picking up steam once again due to the surge in digital technology. These are virtual currencies bulwarked by cryptography. It ensures it is impossible to erase or double-spend them. Cryptocurrencies are decentralized networks based on blockchain technology. Blockchain is a detailed distributed ledger enforced by a varying network of computers. These currencies are impervious to the government’s interference or manipulation.

Launched in 2009, Bitcoin was the first, but still the most sought-after and indispensable blockchain-based cryptocurrency. With thousands of act-alike alternatives, Bitcoin remains atop the competitors. It is popularly known as BTC.

The worldwide pandemic has affected almost every economy and financial sector globally. According to experts, the uncertainty is still massive, and the markets may face further instability. Even the cryptocurrency market has faced a crash recently, the values of currencies like Bitcoin are much more than they are portrayed now. It ensures economic gains in the long run. However, slow Bitcoin has shown steady growth even with the irregularities. And investing in cryptocurrencies would prove beneficial.

Blockchain – the bitcoin network relies on the shared public ledger known as the blockchain. Blockchain ensures the inclusion of confirmed transactions allowing Bitcoin wallets to calculate the disposable amount. Cryptography manages the integrity and the order of the blockchain.

Private keys – Every transaction between Bitcoin accounts is documented in the blockchain. And to enable the transactions, each user/investor is provided with an automatically generated passkey generally known as private keys. The passkey is a long random bunch of numbers. It ascertains the privacy of the crypto asset owner and all the transactions. Private keys are an extra layer of security that establishes smooth functioning.

Mining – After completion, the transaction is securely added to the transaction records to the blockchain. Every transaction made in the history of bitcoin is available in this space. It is simply a digital record-keeping process. This process proves to be very secure and doesn’t threaten any leaks of information. The mining involves bitcoin miners who attempt to solve the problems of the Bitcoin algorithm. On successful attempts, the miners provided incentives.

Bitcoin is peer-to-peer electronic cash that is profitable over computer systems by providing financial independence to the users. The use of cryptography, decentralized networks, and open-source software Bitcoin eliminates various trust issues and conflicts.

Transactions via Bitcoin are convenient and secured. The software is accessible anywhere in the world. Bitcoin users can invest anonymously without ID, making it easier to use for the privacy-conscious and unbanked. Bitcoin provides financial privacy.

With the Internet in the mix, the transactions are fast, cheap, protected, and available 24/7 throughout the year. It is censorship-resistant, ensuring the smooth functioning of transactions of any amount.

How to invest in bitcoin?

According to an immediate edge interview, getting started with Bitcoin may seem a bit strenuous, but following the given steps will make it way easier.

The few things a new investor/ user should have access to are personal identification documents, a digital wallet, a well-secured internet connection bank account for cryptocurrency exchange.

1) Start a Bitcoin wallet – It is a virtual wallet that stores and tracks all the transactions. There are different types of bitcoin wallets, such as Hardware wallets and Software wallets. Various trustworthy wallet options are present on the Internet for genuine wallets for investments.

2) Connect your wallet and bank account – after creating a bitcoin wallet, it needs to be connected to the user’s debit/credit card and a bank account to make purchases. It is necessary to link the bank accounts to the wallet for an easy buy or sell of bitcoins, which otherwise may lengthen the process and take up to four days for transactions.

4) Place the order – Once finished with the setup, the user can trade Bitcoins. To first-time traders, the value of Bitcoin may seem a bit too much, but they must know that it can get divided up to decimal points. The smallest unit of BitCoin is called Satoshi. Some of the exchanges even facilitate the option of a Bitcoin ATM for buying Bitcoin and other cryptocurrencies in exchange for cash. This on-site process can take a maximum of 10-20 minutes.

Users need to do complete research before investing in Bitcoins. Bitcoin investments may involve security and technical issues, which make the study of every detail crucial. The users may refer to various guides at their disposal.

Although the concept of cryptocurrencies is popular and profitable, it does not have a long-term success record or credibility to support it. Investing in Bitcoin may involve the following risks:

1) Regulatory Risks – As Bitcoin rises as a rival of the government, It can be used in various illegal activities. To stop these, the government can regulate, restrict or ban the sale of Bitcoins.

3) Insurance Risks – Unlike all our normal investments, Bitcoin is not insured by any type of federal or government program. Which can cause issues in case of any malfunction.

4) Fraud Risk – There have been many cases of Bitcoin price manipulation by scammers and frauds who attempt to sell false bitcoins.

With investments and profits come risks, So the investors must trade deliberately throughout. The user must go through all the terms and conditions and other additional information provided carefully. Usually insinuated that the user keeps the private keys and other information discreet and secure.

Bitcoin, albeit a bit tricky, has proved to be very profitable and fruitful to its users due to increasing demand, increasing the safety and the quality of user interface. First-time investors should be a bit more careful about everything and go through every detail provided minutely. If traded warily, the investment turns out more profitable than one can expect. Digital currency is the talk of the time for a reason. Investments are helpful, but it never hurts to be careful.

How to Invest in Crypto Futures?