Better Tech Tips
Home How To How to Convert An Image to Another Format in GIMP 2.10

How to Convert An Image to Another Format in GIMP 2.10 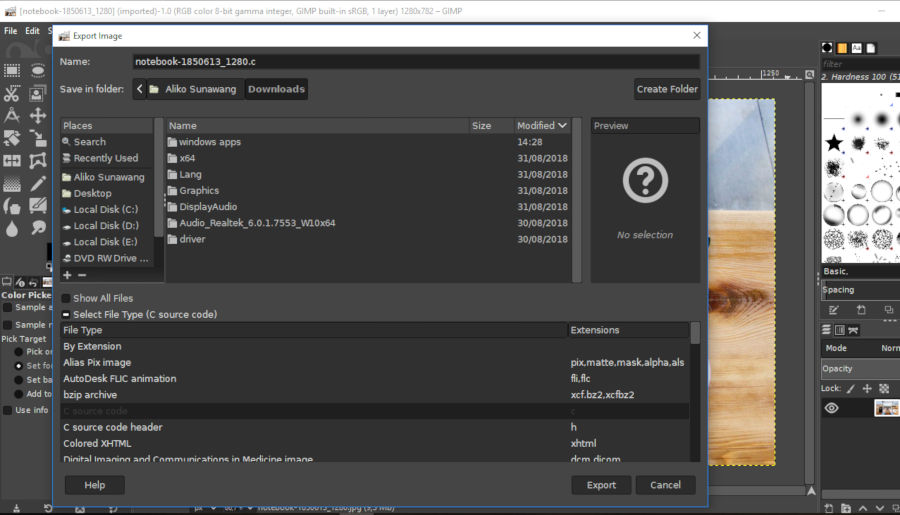 In April 2018, the GIMP developer team released GIMP 2.10. It was the first major update of GIMP since about 6 years. GIMP 2.10 comes with some new changes, but the main operations of GIMP remain the same.

GIMP itself is a powerful image editing tool. It is capable of handling a wide range of image file formats. In GIMP, you can also convert a certain image format to another format. For instance, you can convert a PNG image to JPG or vice versa. To convert an image in GIMP 2.10, first launch GIMP on your computer and open the image you want to convert by going to File -> Open.

As the image opens, return to the File menu and select Export As. 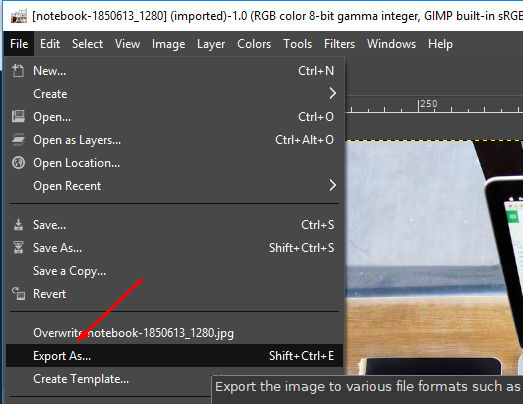 On the Export Image dialog, give your file a name on the Name section. Once done, click the Select File Type (By Extension) option and select the image format you want to convert your image to and click the Export button. 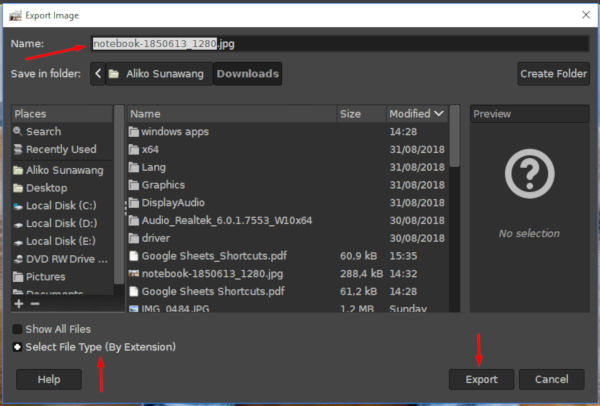 There are a bunch of file formats supported by GIMP 2.10. From the common formats like JPG and PNG to the image formats you haven’t heard before. GIMP 2.10 also allows you to convert certain image format, say PNG, directly to WebP. In the previous GIMP versions, a plugin is required to convert PNG or JPG image to WebP.

When using GIMP as a design tool, you can add a text element and style it up (the text element). You can, for instance, add a border (outline) to your text. This post will show you how.
Read more
GIMP Tutorials

When using GIMP as a design tool, you can draw a wide range of shapes. From a rectangle, square, ellipse to a circle. This post will show you how.
Read more
Photography

You can use GIMP for professional needs, including image editing to print. But first, there are some settings you need to make....
Read more
How To

How to Customize the GIMP Toolbox

GIMP has a set of tools that you can use to edit your images. You can access the tools on the Toolbox...
Read more
GIMP Tutorials

There are lots of simple ideas to customize your image before you use it on a blog post or as social media...
Read more
How To

By default, GIMP offers about 60 patterns you can choose from. It is not enough for an art-minded GIMP user. The GIMP...
Read more