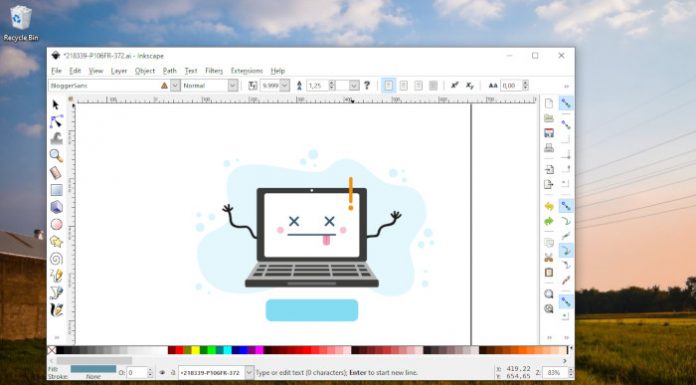 Let’s say you have just downloaded an AI file from the internet and want to edit it to make some modifications. Unfortunately, you have no Adobe Illustration installed on your computer so you start looking for an Adobe Illustrator alternative to edit the file. Although AI (stands for Adobe Illustrator Artwork) is a proprietary file format, there are some vector graphic editors that have the capability of opening as well as editing AI files.

You might have heard about Inkscape? It is a free vector graphic editor that has the capability of opening as well as editing an AI file. Inkscape is a cross-platform app, available for Windows, Linux, and Mac. This app has a built-in library to convert an AI file into an editable format on the Inkscape app window. You can download the binary file of Inkscape on its official website.

How to open an AI file with Inkscape

Once Inkscape is installed on your computer, launch the app and go to File -> Open (Ctrl+O) and select the AI file you want to open. You will be asked whether you want to import the file via the external library or via the internal library. Select your choice and click the OK button.

The following are the differences between those two options:

Potential issues when opening an AI file with Inkscape

If you find your AI file is not 100 percent converted accurately in Inkscape, it probably because the image creator used features or effects unique to Illustrator.

Poster Making Shouldn’t be too Hard – Follow These Tips!