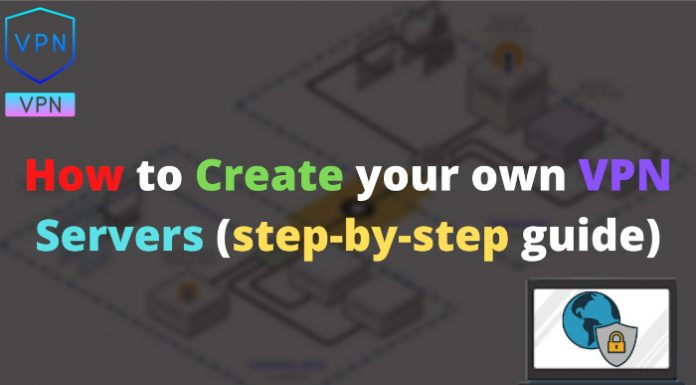 It is possible to hide your online identity while still being able to access content that is restricted on the internet using a virtual private network (VPN). Only the VPN service provider has access to your internet activity, and unreliable VPN services may track or even sell their customers’ online activities.

If possible, use reputable VPN service providers with a no-logs policy for client data, such as those with a stellar reputation.

Alternatively, you can set up a VPN on-premises using existing equipment if that’s how you prefer to do things.

1. Configure Router To Make It A VPN Server

It should only take a few minutes to set up a server on a VPN-enabled router. If your router does not support VPNs, you will have issues. Look in the user manual to see if your router has VPN capabilities.

To use OpenVPN on your router, navigate to the VPN section of the configuration page and select it there. Create a VPN server on the router you just installed by following the provided instructions. You’ll be able to control VPN features after doing this.

Keep in mind that depending on the router’s firmware version, the setup instructions for a VPN server may differ.

2. Increase Compatibility Of Router to Flexibly Work with Third-Party Firmware

No big deal if your router doesn’t have VPN capabilities, but it’s nice to have. To make use of any of these programs, you must first see if your router is compatible with third-party firmware, such as DD-WRT or OpenWrt.

You must exercise extreme caution and follow the instructions to the letter. There is a risk involved in removing your router’s installed firmware, so go about it with caution.

You can set up a virtual private network (VPN) on Windows and allow other users to connect to it. The first step is to set up port forwarding and the VPN protocol.

You can choose from a list of users and add new ones who can connect to your VPN server by creating a new incoming connection in the system’s Network Connection.

Windows Firewall with Advanced Security should now have your VPN server’s IP address listed. After that, you’ll need to adjust the firewall’s settings to permit remote connections from the VPN server.

Create a VPN link from your VPN server to your local network that only certain individuals will be able to use.

4. Create a Connection to the VPN Server in the AWS Cloud

With Amazon Cloud VPN, it’s easy to set up a virtual private network. Afterward, you’ll be billed for the services provided and be able to do things by typing commands into the system. There aren’t any special technical requirements.

The following procedures must be followed after the software has been installed: Then, select a VPN service, create a user profile, and enter the appropriate AWS access codes in the appropriate places after running some commands.

Install and personalize the VPN on PCs.

Is There a Downside to Running a VPN Server?

If you want to build your own VPN server, keep these considerations in mind. Even if these aren’t deal-breakers, it’s better to make informed decisions about your privacy and data security in general. The following are some drawbacks to keep in mind:

Bandwidth – Your VPN host may place a cap on the total amount of bandwidth you can use in a billing cycle. Only if you plan to stream frequently, download large files, or engage in peer-to-peer file sharing and torrenting will this be a problem.

Staying anonymous – It’s possible that maintaining anonymity won’t be possible. Although your data is technically private if you’re using a third-party cloud server, the server host still has access to your contact information and billing information.

Regional limitations – Getting around content restrictions based on your location is one of the major advantages of using a VPN service. When compared to a VPN service that has servers all over the world, your VPN server is local to you.

No access to content that is restricted to certain regions, and no way to switch between servers in different countries/locations are the consequences of using this proxy service.

Feature limitations – Your VPN server won’t have some of the extra features of a paid VPN service unless you’re very tech-savvy. Malware blocking, for example, could fall under this category.

A VPN server of your own can be an appealing alternative even though many VPN services offer excellent services at reasonable prices. Despite the fact that many VPN services have strict logging policies or are otherwise strong, not all of them adhere to these standards.

To ensure that your VPN is secure and dependable, have it reviewed and audited by a third party. This method can also be used to set up a VPN.