Better Tech Tips
How To
HomeHow ToHow to Install and Download Voot for PC to Watch Your Favorite... 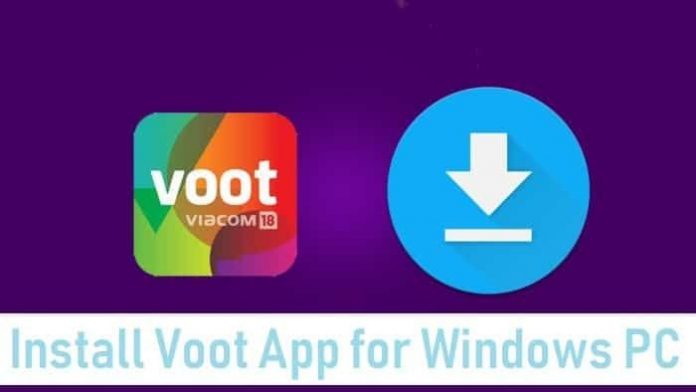 If you’re looking to stream some of the best Indian movies and TV shows, the best Video on Demand service out there is Voot. It is exclusively for India and houses over 70,000+ features. Owned by Viacom18, it features channels like Colors, MTV India, My5, and comes in different languages of Kannada, Marathi, Gujarati, etc.

This definitive guide will help you download Voot for PC. After this guide, the best shows will be just a few clicks away. Also, we did mention that it is exclusive to India, which is why you would need a VPN to get through. That is why we will also mention some of the best VPNs to watch Voot in USA. So, let’s get started:

Since the Voot app is not made specifically for the Windows system, the major requirement here is an Android emulator. Some of the emulators that you can use are Bluestacks or Nox. After you have installed the emulator, you scroll to the Google Play Store and download the app. Then you just need to enable your VPN and then can gain access to the Voot app.

One of the reasons it is recommended for PC is that it has greater compatibility in the operating system (macOS and Windows). Also, PCs are far more efficient in streaming and can be broadcasted on various devices through HDMI cables.

Another benefit of using a PC is the security measures. We already talked about using a VPN for gaining access and it is far easier to install and use than on smartphones or smart TVs. The PC version of the app comes with an anti-spy and anti-malware feature built-in which furthers your security measure.

The distinction between the two versions for Windows and Mac is small but necessary to note. For example, in the Mac version, you can view your email on the desktop or laptop. This feature also exists for Android apps as well. Your email forwarding can be set up for your android device so that it is a shorter way to stream and check emails.

If we look at the major differences between the free and paid, there are very few, to begin with. Both offer the same features as watching TV, viewing e-mails. Its interface is much easier to understand. However, the only drawback would be the requirement for a faster internet connection.

The Voot app requires a VPN, and a VPN will also take up a chunk of bandwidth to hide your IP address. That is why opting for a reliable network connection is mandatory.

Some of its awesome features include:

VPNs have increased in demand since the start of the pandemic era. They can help you bypass all geo-restrictions, giving you untethered access to global streaming. When it comes to the best VPNs, we can highlight for you the 7 best overall. They are as follows:

VPNs are not always effective at streaming content as VOD services are attempting to strengthen their security measures to detect VPNs. Netflix is already programmed to detect some VPNs and label them as an error code. But for now, we have tested these VPNs on Voot, and they have proven successful in streaming Voot easily. However, as mentioned earlier, we noticed the need for speed (internet speed) and an upgrade of connection was necessary.

For your PC to measure up to the standards, you need to check the following before installing:

After this, you will be able to stream the best Indian TV from anywhere in the world. To suffice, you’ll need an android emulator and VPN to install and stream Voot App on PC. Enjoy!