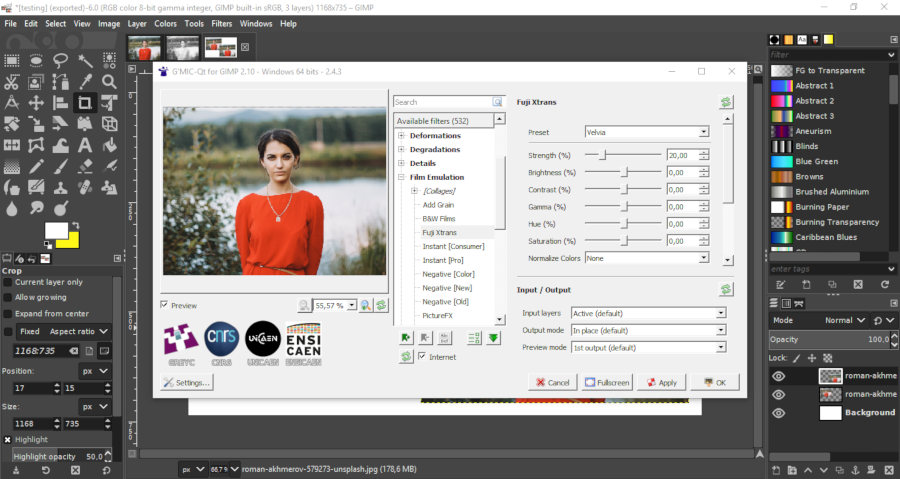 If you have been long on GIMP, you must be familiar with G’MIC. It is a powerful plugin that primarily provides filters. This plugin is particularly handy if your tendency of using GIMP is for photo retouching and editing. It offers plenty of useful filters that you can use for certain effects.

G’MIC itself is basically a framework for image processing. In addition to GIMP, G’MIC is also available for other image editing tools like Krita. It provides several user interfaces to convert generic image datasets, ranging from 1d scalar signals to 3d+t sequences of multi-spectral volumetric images, hence including 2d color images. G’MIC is an open source project released under CeCILL free software licenses.

If you are a Windows 10 user (or Windows in general), you can download the binary package (EXE file) of G’MIC on its official site. Select the G’MIC package according the GIMP version installed on your computer.

Simply double-click the binary file of G’MIC you have downloaded to install it on your computer. Select a langue and click the OK button to continue. 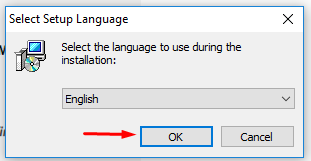 Follow the installation steps until finish. No worries, all you need to do is just clicking the Next buttons. G’MIC itself requires you to restart (close and re-open) GIMP before you can use it. Following is the interface of G’MIC on GIMP 2.10 running on Windows 10. 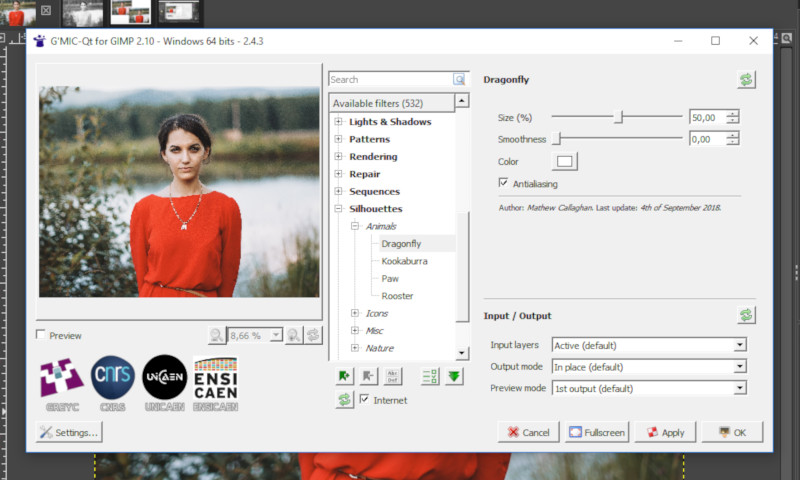 The absence of cable makes a headset easier to carry around. It also looks more aesthetic when putting on. Most headphones available...
Read more
Windows

One of the most annoying things we face while using Windows OS is the error popping out more often, either when installing...
Read more
Windows

There are lots of ways to customize the appearance of Windows 10 to make it look more personal. One of which, you...
Read more
Windows

Until version 1903, Control Panel is still available in Windows 10 to allow you to install/remove applications, make the system adjustments, and...
Read more
Windows

2 Ways to Enable Bluetooth in Windows 10

Bluetooth is the easiest way to transfer files wirelessly on Windows 10 as it doesn't require complex settings. You just need to...
Read more